List of banned vegetables from Europe for import into Russia

List of banned vegetables from Europe for import into Russia 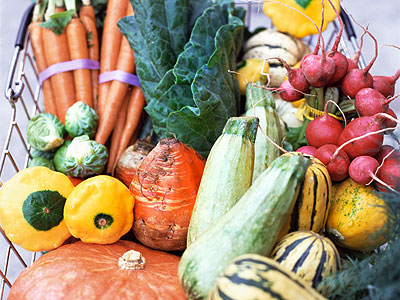 Here is a complete and accurate list of fruits from Europe, the importation of which Rospotrebnadzor banned June 2, 2011.

If you see them in the store — feel free to contact the complaints in Rospotrebnadzor: violators must be punished.

List of fresh vegetables, edible roots and tubers produced in the European Union and prohibited to be imported into the territory of the Russian Federation

Group 07. Vegetables and some edible roots and tubers:

070700. Cucumbers and gherkins, fresh or chilled

0709. Other vegetables, fresh or chilled

0710. Vegetables (raw or cooked in water or steamed) frozen

0711. Canned vegetables for short-term storage (for example, sulfur dioxide, in brine, sulfurous water, or in another temporary preservative solution), but in this form unsuitable for direct consumption

0712. Dried vegetables, whole, cut, sliced, chopped or in powder, but not further processed

0714. Manioc, arrowroot, salep, ground pear, or Jerusalem artichoke, sweet potato, or sweet potato, and similar root and tuber crops with a high content of starch or inulin, fresh, chilled, frozen or dried, whole or sliced ​​or in the form of granules; core of the sago palm

These vegetables cannot be imported to Russia from European Union. The reason for the strictly ban is the numerous cases of intestinal diseases, mainly in the north of Europe. At a recent press conference, the chapter Rospotrebnadzor Gennady Onishchenko complained that the situation with the spread of acute intestinal infection in Europe is still not encouraging.

Three thousand 332 cases of the disease are now registered, of which 818 are with severe kidney damage. There are 38 known fatal cases.

The disease is registered in 13 countries in Europe, as well as in the United States and in Canada.

The source of intestinal infection is still not precisely defined. The main culprits are still considered fresh vegetables.

Hence the harsh measures Rospotrebnadzor, which, I must say, caused a very negative reaction from European politicians.

2019-08-09
admin
Предыдущий What dreams of the bridge on the dream books of Freud, Miller, Hasse
Следующий Means for washing fruits and vegetables