Beans Lima sometimes called “oil beansu ”, because it is so oily in texture and unusually creamy in taste.

To all, it still has a delicate aroma and snow-white color, and when cooked it perfectly keeps its shape. Large (one of the largest in size) and attractive — it is good for preparing many dishes. 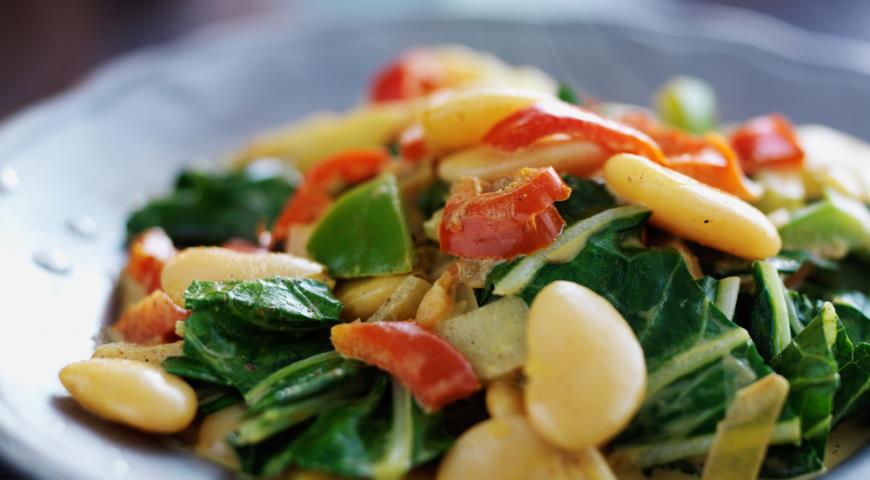 Beans lima or «oil beans“Because it is so oily in texture and unusually creamy in taste. She has a delicate aroma and snow-white color, and when cooked, she perfectly keeps her shape.

Large (one of the largest in size) and attractive — it is good for preparing many dishes.

Lima beans are very popular in the USA, especially in combination with young corn. You can even think that she appeared on the territory of this state, but it is not. The name hides the place of its origin — Peru, because Lima is the capital of this South American country.

Although some historians claim that she appeared in Guatemala.

Shortly after Columbus discovered America, Spanish researchers, drawing attention to a variety of local legumes, transported them to Europe and Asia, while Portuguese researchers imported beans to Africa.

Since for most legumes the humid tropical climate is extremely good for growing, they entrenched in new territories and became an important crop in Africa and Asia.

Lima beans, like other types, are an excellent way to lower blood cholesterol and stabilize sugar levels immediately after a meal.

In combination with rice, especially wild, it is a source of high quality vegetable protein.

There is a small copy of lima beans — baby lima.

With miniature size, it retains all the charm of its larger relative.

Beans Lima ideal in soups, casseroles and as a side dish.

To reduce the cooking time and facilitate the absorption of beans, it must be pre-soaked.

To do this, boil the beans for 2 minutes, remove it from the heat, cover the pan with a lid and leave for 2 hours. Alternative: pour the beans in water and put the pan in the refrigerator for 6-8 hours. Before cooking, regardless of the method chosen, liquid drain and wash the beans under running water.

Next, cook lima beans on the stove.

It should be poured (after soaking) with drinking water or broth, brought to a boil, reduce heat, almost completely closing the pan with a lid.

Important: when cooking lima a lot of foam is formed.

Remove it more often and do not use a pressure cooker for cooking.

Lima beans, as a rule, have to be cooked for 45 minutes.

Tip: Regardless of the cooking method, do not add salt and seasoning with a bright dominant sour taste, for example, lemon juice during cooking. Beans will become more rigid and this will increase the time of its preparation.

It is better to add such ingredients at the very end of cooking.

Some ideas for cooking dishes with lima beans:

1. Beat the beans in a blender with garlic and your favorite fresh greens.

Use as a spread for rustic bread toasts.

2. Use beans for cooking vegetable soup with carrots, turnips, beets.

3. Mix the beans with the young corn, cook the burrito.

Mix the prepared ingredients with the beans and season the salad with aromatic, high-quality vegetable oil.

Dry beans must be stored in an airtight container in a cool, dry and dark place for up to 6 months. If you bought beans at different times and in different stores, do not mix them in the same container.

They can be of varying degrees of dryness and, therefore, require different preparation times.

Cooked beans Lima — the product is perishable and you should not keep it for more than one day even in the refrigerator. 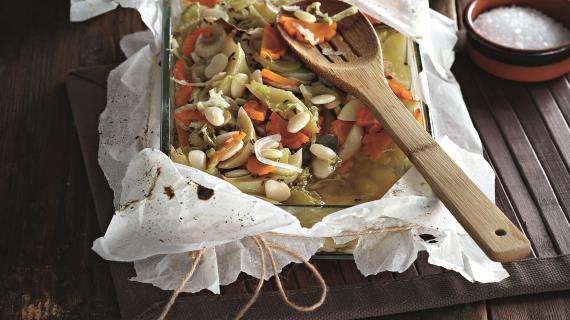 Lima beans or “oil beans”, because it is so oily.