Lens) is a genus of herbaceous plants of the legume family.

And the most legendary plant of this kind. 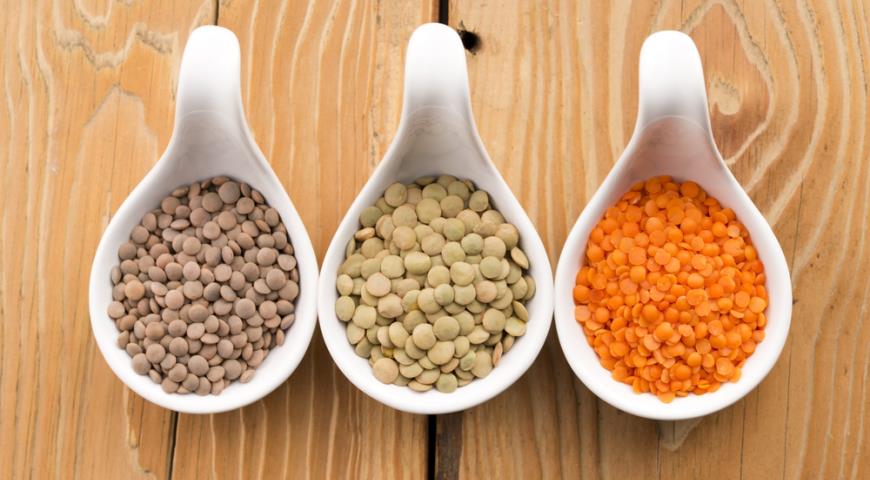 Lens) is a genus of herbaceous plants of the legume family.

And the most legendary plant of this kind.

People have used lentils since Neolithic times. And this culture was one of the first that humanity began to consciously grow. Lentils are mentioned many times in the Old Testament.

It tells, in particular, that Esau, the eldest son of Isaac, sold the birthright to his younger brother Jacob for a plate of lentil soup when he returned after several days of hunting, dying of starvation.

The Arabs believed that this culture was blessed with seven prophets, including Mohammed and Jesus. Gradually, lentils spread to the Middle East, and from there to the Mediterranean.

In India, to this day, lentils occupy one of the dominant places in local cuisine, especially among vegetarians.

Lentils contain a lot of iron and the vitamins of the group that are so necessary for a person, and 35% of lentil grain is vegetable protein, which is very easily absorbed.

In addition, lentils, as a rule, quickly boiled soft and does not require soaking.

Depending on the color and size of the grain, there are several varieties of lentils: brown, red, puy, «beluga». Large varieties — up to five millimeters in diameter — are called “plate” in our country.

Nowadays, this word is called optical lenses, which are shaped like lentils.

Lentils are still cooked with a stew, made side dishes (often mixed with other cereals, for example, rice — they have the same cooking time), lentil flour is baked bread, it is added to crackers, cookies and even chocolates.

Brown lentils — the most common.

It should be soaked for 8 hours, and then boiled for 30–40 minutes, trying not to digest. Brown lentils in Europe and North America make winter soups from boiling vegetables and herbs

Green lentils — it is unripe brown, it is not necessary to soak it, and it is brewed not for long.

Quickest preparing red lentils, taken out of the shell (sometimes it is called red) — only 10–12 min. In the process of cooking, the red (red) lentils lose their bright color and in an instant turn into porridge, so it is better to follow it and slightly undercook.

Although the porridge also turns out very tasty, especially if you season it with garlic butter.

Have lentils puy (she green french ), named after a place in France with volcanic soil where it was bred, strong pepper aroma and spicy taste. In addition, its black-green seeds are practically not boiled soft, retaining its elasticity even in finished form.

They are best put in salads.

Beluga Black Lentils — the smallest. They called it the similarity with beluga caviar (by the power of brilliance). It is very tasty by itself and cooked in 20 minutes, without soaking.

You can make a beluga stew with fennel, shallot and thyme, and put cold in a salad.

Cooking time depends not only on the variety, but also on whether the lentils have been peeled.

Let’s say chipped peeled lentils, which are used throughout Asia (in Europe and America, it is best known by its Indian name — urad gave), is prepared in just 10 minutes. without soaking before.

Lentils are very popular in India, Pakistan, the Mediterranean and, of course, in their homeland — the Middle East.

Lentils are often cooked with rice, as they are cooked for about the same time.

Traditional Arabic cuisine is hard to imagine without mujaddara — a mixture of rice and lentils.

And in Egypt, a similar dish called Kushari is considered national.

In India, lentils with rice are called kichdi.

Lentil soup is very popular in Europe and North America and is often supplemented with pork or chicken. 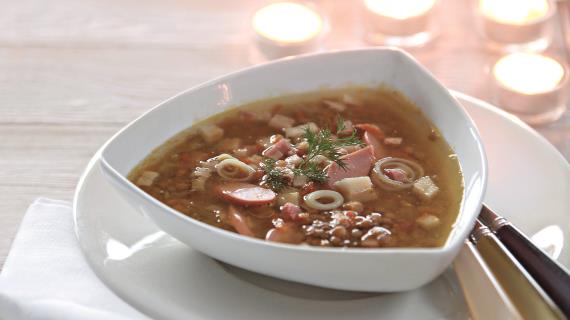 Cooked soups from lentils, make side dishes (often mixing with cereals, for example, with rice). 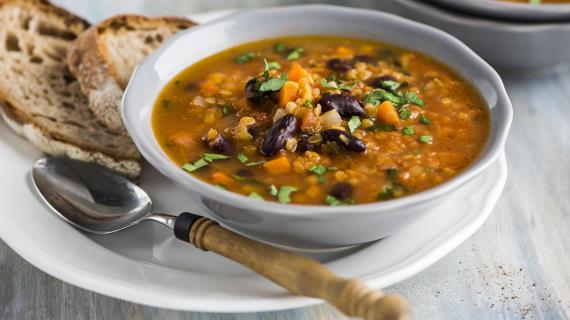