Kolomna marshmallow — one of the traditional local types of Russian pastila. In essence, this is a Russian product of a geographical name. 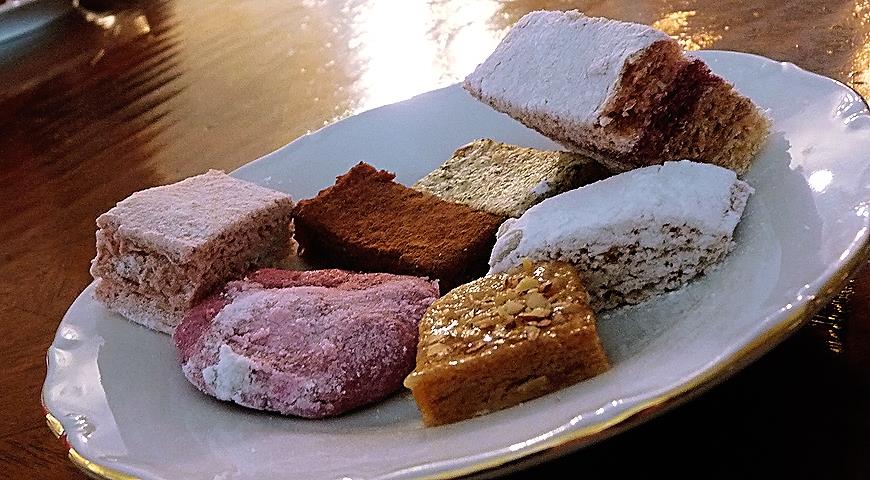 Kolomna marshmallow — one of the traditional local types of Russian pastila.

In essence, this is a Russian product of a geographical name.

Another city where the marshmallow has been made for a long time is Rzhev (near Tver; now the production of traditional marshmallow in Rzhev has died out); from the end of the 19th century, Belev was also famous for the production of pastes (under Tula; belevskaya pastila is sold everywhere in Moscow).

Until the beginning of the 20th century, the word “marshmallow” was written as “fasting,” that is, something “postlaned,” “spread,” which was in people’s minds related to the technology of making marshmallow.

However, the authoritative Maxim Syrnikov in his books claims that the word “marshmallow” etymologically goes back not at all to “spread”, but to Latin pastillus — «cake».

The production of natural apple pastila in Kolomna died out after the revolution, and the taste of this pastila was almost forgotten for a long time (only the handicraftsmen of the city of Belyov continued to make their pastila as before). In Soviet times, a new version of pastes was developed in the form of small white bars: they were prepared with a large amount of egg white.

In fact, this is not Russian pastila at all, but something like a French marshmallow (since this product is sold in any store, many consider it to be a real Russian pastila).

And only in 2009 in Kolomna opened Museum of the Kolomna Pastila; at the same time, the production of nastural apple pastes was revived; and soon the second museum was opened — right on the production of the revived Kolomna specialty.

In Kolomna it was Antonovka and forgotten now Mountain Zelenka.

The second grade is forgotten so much that nowadays marshmallow pastille is almost impossible to find.

The pastillers (and the cowherd men) in Kolomna prepare pastila also with the addition of applesauce pulp of berries — lingonberries, mountain ash, raspberries, currants, strawberries.

Another important component of marshmallow is honey, and since the XIX century it is replaced everywhere by sugar.

Traditionally, the marshmallow was made in the Russian oven. The oven gives the effect of gradually decreasing heat, which ensures uniform drying of the apple puree paste and other ingredients. Before getting into the oven, this paste was applied with a thin layer on special wooden frames covered with a cloth.

Then several layers of the pasta, which had undergone the initial drying, were layered on top of each other, after which the secondary drying took place in wooden boxes.

All Kolomna fruit candy is made from sour apples with the addition of sugar (or honey) and, optionally, egg white (of which there is less in marshmallow than in marshmallow). In some varieties of marshmallow add other natural ingredients.

Depending on them, the variety of pastila also changes.

If you add to the fruit candy pulp berries — cranberries, mountain ash, raspberries, currants, strawberries — will berry marshmallow, in which the taste of apple is enriched with additional shades.

However, the case is not limited to berries: chocolate, and walnut (that is, with the addition of appropriate ingredients), and with other fruits and vegetables (apricot, plum, pumpkin).

In Kolomna known Union marshmallow: its different layers are made with different additional ingredients.

With his lozenges, he treated the local bastards of drunkenness — and, they say, successfully.

Pastilles in Kolomna make a different type — in the form of multi-colored cubes, cakes, rhombuses and plates.

Do even pastille cake from layers of pastes of different varieties — the pleasure, by the way, is very expensive.

Known in Kolomna and fig — fruit candy or berries with sugar, but without egg white, which is rolled in icing sugar and stored in jars, like jam.

Apparently, this is the ancestor of the marshmallow, which existed even when it had never occurred to anyone to beat an apple sauce.

How to cook pastila, similar to Kolomna, at home, you can look at our website.

It will be good for coffee, as well as for white dessert and muscat sparkling wines.

Historically, marshmallow in Kolomna began to be harvested in Antonovka season — in September-October.

Kolomna marshmallow Now you can buy it only in Kolomna (for example, in both museums of Russian marshmallow).

The real Kolomna pastila is always natural — and the contents of the box with pastila, in general, correspond to the composition indicated on it (these are apple puree, sugar, egg white plus some flavorings, for example, berry).

The word «Kolomna» on the box does not at all indicate that in front of you is a real Kolomna pastila.

Pay attention not only to the composition of the product indicated on the package, but also to the marshmalus bars themselves.

On the cut, this traditional pastila looks more like a gingerbread or sponge cake than a marshmallow (despite the fact that the pastila flour product is not).

Kolomna pastilla is produced in several varieties (see above), of which the main one is, of course, apple marshmallow.

Keep Candy can be without a refrigerator for quite a long time (at least several months).

The exact expiration date is always indicated on the packaging.

The marshmallow, taken out of the package, gradually stale in the open air. 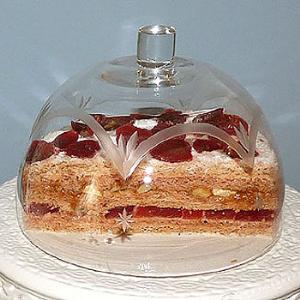 Kolomna is an attractive place for gastronomic travel. It works only. 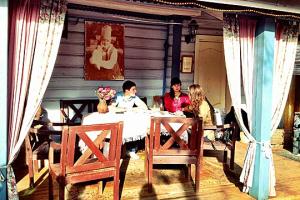 On weekends we offer to go to the homeland of pastila — in Kolomna. It is a little less than one hundred kilometers from. 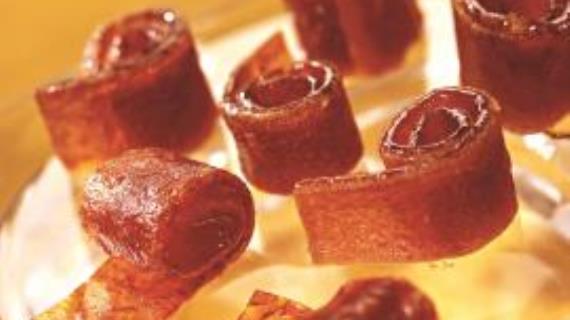 The main Russian delicacy — marshmallow — has been known since the XIV century. Its composition is simple and concise:.