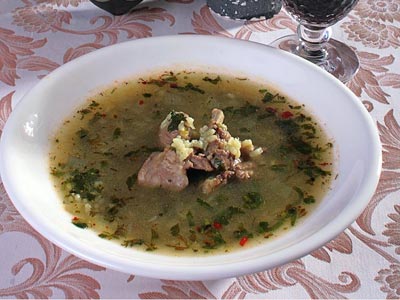 At the word Kharcho Immediately there is such a picture: a rich, fragrant, spicy beef soup (lamb) red — with tomatoes or tomato paste. Seasoning — hot pepper, garlic, hops-suneli, cilantro.

The filler is rice and, as an option, crushed walnuts.

Everything is simple and familiar.

But few people know about the green soup of the kharcho, although it is no less, and maybe even more, an authentic Georgian dish.

In principle, why this happened, it is clear — this is the Soviet legacy.

So we were introduced to the kharcho in catering, so they wrote in culinary publications, primarily in «A book about tasty and healthy food«.

Meanwhile, the classic of Georgian cooking Tamara Sulakvelidze in his book «Georgian dishes«(1959) talks about 11 ways to make soup Kharcho. And not only from beef, on which V. Pokhlebkin insisted, saying that the brisket and shank in this soup cannot be replaced with anything. But also from lamb, pork, poultry (chicken, goose, turkeysturgeon and sturgeon sturgeon.

With tomatoes, with and without nuts, and even with pasta.

The latter is somehow somewhat miraculous.

So, following the wise advice, I cooked a kharcho without tomatoes, with Georgian green tkemali sauce.

By the way, the season of this delicious sauce is coming right now.

What to do:
Cut the lamb into small pieces, put into a pan, cover with onions, cut into cubes, cover and simmer on moderate heat for 25-30 minutes.

Meat is stewed in its own juice with onions, so no need to add any fat.

Then add 2 liters of boiling water, bring to a boil and cook until meat is ready — about 1 hour.

Salt to taste in the middle of cooking.

Wash the rice, pour it into the pan, immediately add tkemali, add crushed garlic, hops-suneli, red-black pepper. How much to put pepper is a matter of taste. But the soup Kharcho must be sharp.

At the end add chopped cilantro, let the soup rest for 5-10 minutes and eat immediately!

Wash it down with good red wine, of course, ideally Georgian.

About the people who created it. Now comes the continuation of this work — already about the Soviet period.

Together with readers, we are trying to figure out whether the Soviet cuisine was a logical stage in the development of the great Russian cuisine or was an accidental zigzag of history.

Here I will try to tell you about how sometimes a wonderfully story comes to our today’s world, to our kitchens and tables. 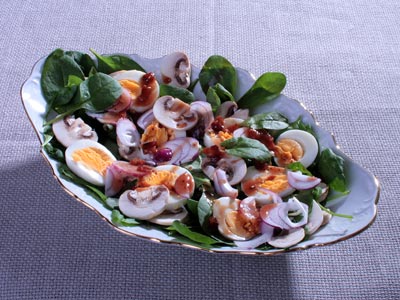 And there is no contradiction here. 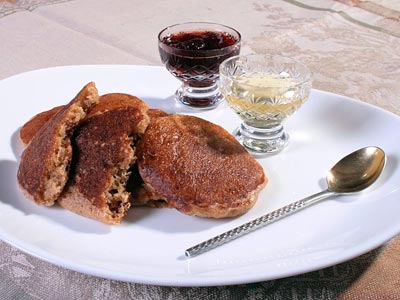 Let’s just say: real Russian pancakes were made from buckwheat flour and called red. Milk was baked from wheat flour with milk with eggs added. 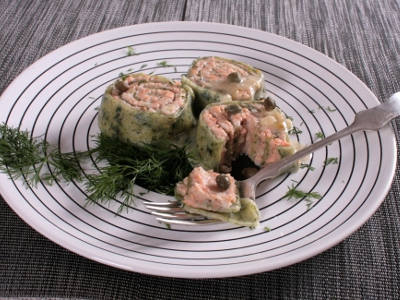 Do you think that fish day is a Soviet invention?

Not at all. Only two days in Lent are allowed to eat fish — on the Annunciation and Palm Sunday. 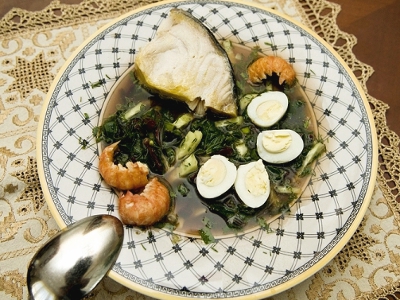 It is made from young beet leaves, spinach, sorrel, cucumbers and greens, and for its satiety they add noble white fish.