The carp is very tasty, tender, slightly sweet meat. The average weight of carps is 2-2.5 kilograms, although there are unique specimens weighing up to 35 kilograms. 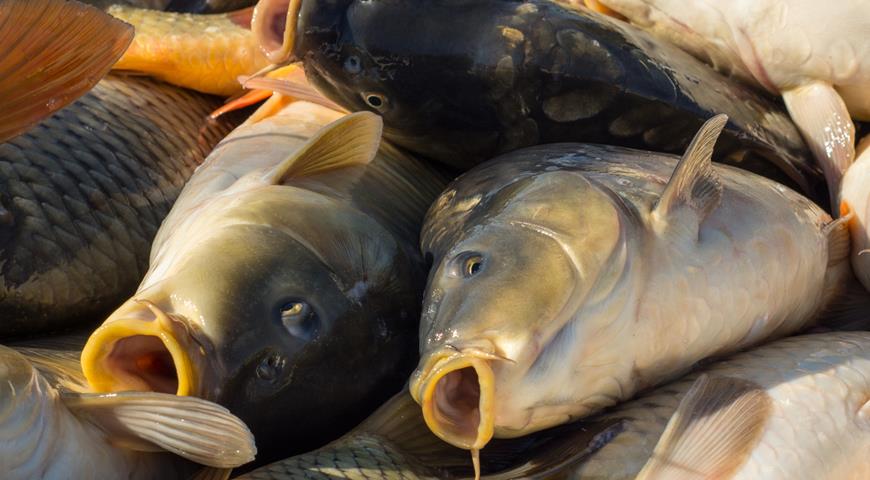 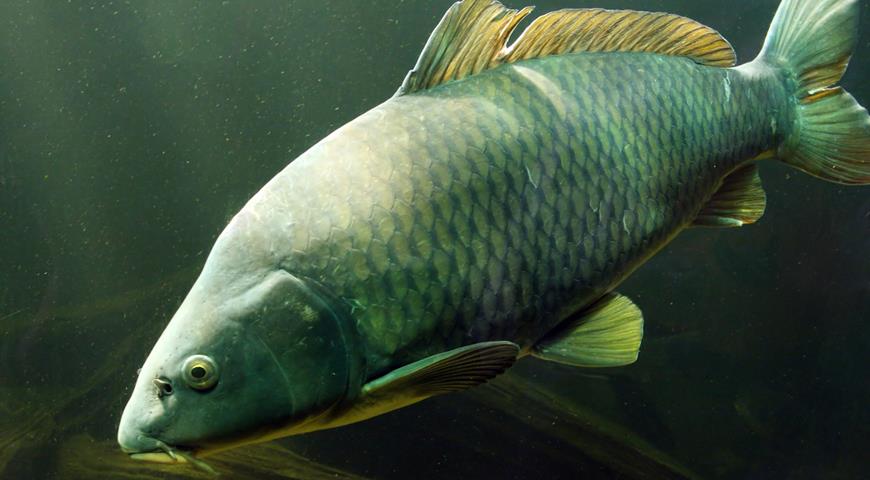 At the risk of ridicule fishermen, let’s say that fish with on behalf of carp in nature does not exist. Only in the fishing industry and on store shelves. Have blacks singled out a whole carp family, which includes a lot of fish — from carp to vobla, but here carp there, in the list of natural species of fish of this family, no.

The fact is that «carp» is the everyday and trade name of domesticated carp.

From the point of view of biologists this Cyprinus carpio carpio, and the repetition of the second word is not accidental: it turns out “carp sazanovich”, “carp son”, cultural carp.

The average weight of carps is 2-2.5 kilograms, although there are unique specimens weighing up to 35 kilograms.

The birthplace of this fish is China. In the Celestial Empire, carps were bred in ancient times, and carp dishes were always considered a delicacy worthy of an emperor.

Carp was brought to Europe only in the XII century, but today it lives in fresh waters throughout the world, with the possible exception of South America, Australia and the island of Madagascar.

As a result of long-term selection, several species of carps appeared, which differ not in meat, but, above all, in scales.

As a result of long-term selection, several species of carps appeared, which differ not in meat, but, above all, in scales. Have scaly carp the scales evenly cover the body.

Mirror carp covered with shiny golden scales () but, as a rule, only half. Have common carp the scales are preserved only on the back and belly.

There are also bare carps, scaleless.

The carp is very tasty, tender, slightly sweet meat, but many small bones.

If you are going to make minced fish, you can grind carp meat with bones — they will not be felt.

If you are going to fry carp, cut the fish along the entire length from the back and fry in hot oil — the bones will become much softer, and small ones will dissolve.

Carp dishes are found in the kitchens of various countries. In China, carp is very popular.

In China, carp is boiled, fried, baked with vegetables, cooked in a sweet and sour sauce.

In Bulgaria, carp is stuffed with nuts, fried with bacon, baked and marinated.

In the menu of German and Polish restaurants you can find carp stewed in beer, and in Hungary carp is cooked with smoked lard and paprika. In France, carp is stuffed with minced fish and mushroom and stewed in red wine.

This dish is called carp a la chambord.

The best time for carp fishing is considered summer.

Carp is a very thermophilic fish, which becomes more and more active with warming water.

Summer carp fishing starts early june, when spawning is over and continues with short breaks until September.

Carp are caught and in the spring, after the disappearance of the ice, when the carp begins to gain weight, and then goes to spawn, and in the autumn — despite the fact that in September-October, the activity of carp is markedly reduced (although on relatively warm and bright days it is eaten for the winter).

In fact, carp can go without food for up to a month, so it loses weight and is not very active.

However, during periods of thaw and during daylight, carp behavior changes.

The eye of the fish should not be cloudy.

Carp gills should be red-pink: not dull, not blue, not green.

Pink gills are a sign that the fish is fresh, freshly caught.

Determine how resilient the carp is.

If when pressing on carp, no trace is left — the fish is fresh.

The tail of the carp must lie flat.

If it is bent, then the fish is old, dried up.

Store carp can be in the refrigerator for up to 3 days.

Before storing carp, it is best to clean, gut, remove the gills; After that, the carcass of the fish should be put in a glass dish and cover with cling film.

In the freezer carp can be stored for up to 2-3 months. 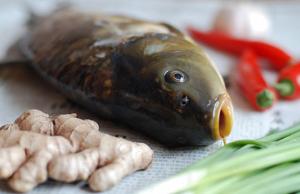 Carp, especially when fresh, is a tasty and nutritious fish. 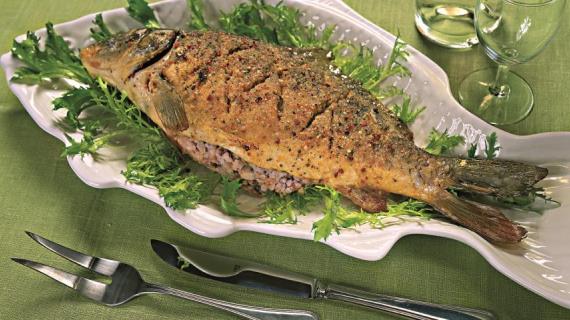 River fish in Russian cuisine is one of the most important products. How to determine the freshness of fish? . 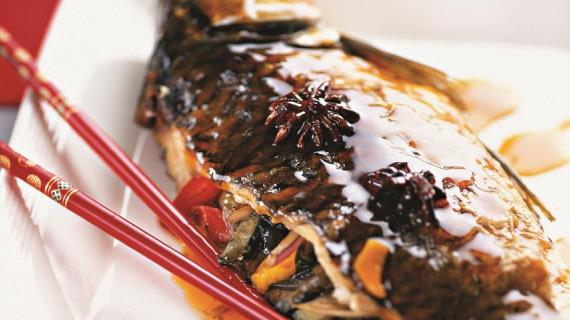 Carp dishes are found in the kitchens of various countries. In Celestial He was bred in the most ancient.