Главная » Cooking » Imperial Schnitzel: what is being cooked in Vienna today

Imperial Schnitzel: what is being cooked in Vienna today

What is the unfading charm of the Viennese strudel, why is the Michelin Guide unprofitable to work in Austria, what the chef needs to look for in the Vienna Woods — we learned about this from the titled Austrian chef, owner of two Michelin stars and 4 caps of the guide Guo Millau, Silvio Nicolas. 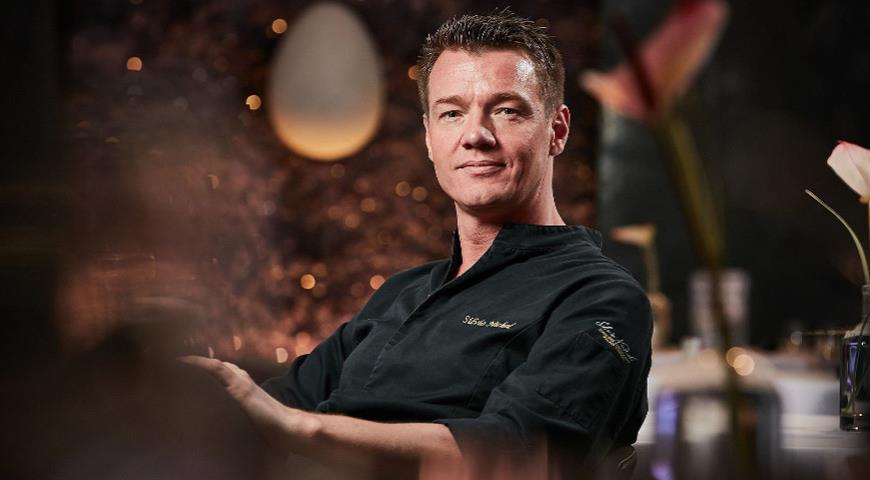 What does a foreigner need to know about Austrian cuisine?

If in a word, it is different.

Imagine the eclecticism of the kitchen, which for centuries has been penetrated by recipes from dozens of European and overseas countries! What is Austrian cuisine?

These are rivers of soups, mountains of sweet, puff, salty and sour dough, flocks of hens, pheasants and geese.

This is the influence of France, Switzerland, Alsace, Italy, and God knows what parts of Europe.

All this has been brewed for centuries in a huge cauldron called the Austro-Hungarian Empire.

That is, the Austrian cuisine as such simply does not exist?

Do not rush to conclusions. Austrian cuisine, like Italian, is very regional. Goulash, cooked on the border with Hungary, and somewhere in Tyrol, will be different, like day and night.

But in the huge empire there always existed a tuning fork, according to which all the chefs set up their pans and ladles. And this tuning fork is Vienna.

It was she who was the metropolis, the trendsetter.

Not in the culinary books there is not a single dish, in the title of which there would be the word “in autrian style”, but there are about a dozen dishes prepared “Viennese”.

The most famous Viennese dishes?

There is also a “Viennese pastry,” but the French took it along with croissants and chassons. 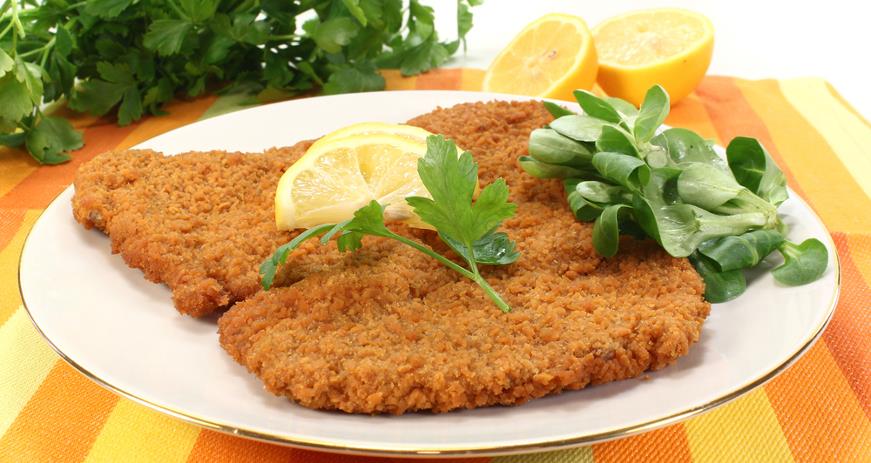 Is there a Viennese dish that is being cooked all over the country today?

Undoubtedly, this is a Viennese schnitzel. It is prepared both at home and in restaurants. The Austrians are ready to eat it daily.

And for everyone the best schnitzel is the one that his grandmother cooked.

Well, strudel, schnitzel and coffee — this is understandable.

Is there modern Austrian cuisine?

With espums, deconstruction and other wonders?

On the one hand, the Austrians are very conservative. They perceive classic recipes as part of their cultural heritage.

And in this the Austrians are similar to the Italians.

Are they sure their strudel is so good, then turn it into foam? Not without reason, since 2009, the Red Michelin Guide has not come out in Austria — it simply sold poorly. Guide inspectors now visit only Vienna and Salzburg — this is where the gastronomic movement takes place, there is the maximum influx of tourists and all the restaurants "with stars".

But, undoubtedly, young chefs are cramped within the framework of one tradition — and they are going to study in France, Belgium, Scandinavia, where gastronomic life is raging.

And trying to invent something new.

At the same time, they are very careful with those tastes that everyone has known since childhood. 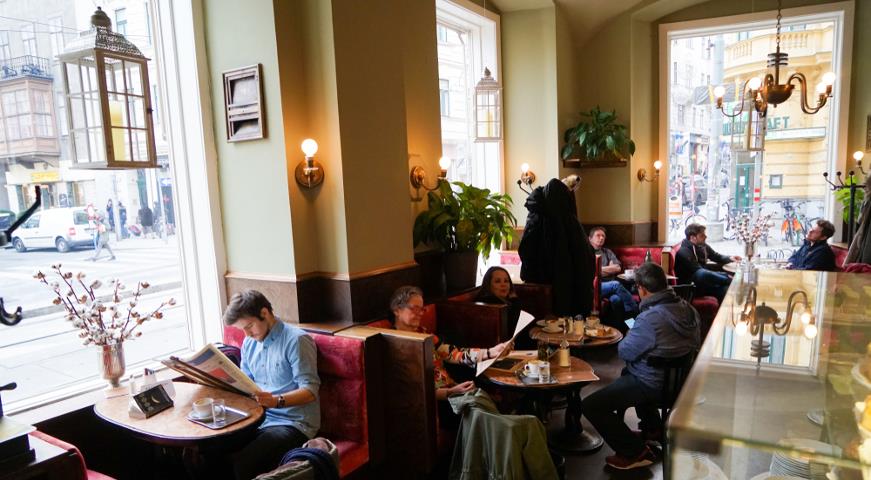 Who can you rank among the Austrian chefs of the “new school”?

Go to Mraz& Sohn, where he is preparing the fourth representative of the family dynasty of Viennese cooks.

And he prepares very creatively.

And you yourself, the chief of the restaurant Silvio Nichol in the Coburg Palace, which is almost the hallmark of modern Vienna?

It seems to me that it is Austrians who have to move forward Austrian cuisine. And I am a German.

Another thing is that work in such a rich history of the atmosphere as the Coburg Palace possesses is in itself responsible. I can not in the historical decorations of the palace serve, for example, Chinese noodles. Yes, I am not interested.

I went through a good school — in Germany with Ayermann Lotharai and Harald Wolfart, in Belgium with Roger Suverein.

Finally, the Austrian Heinz Winkler, who worldwide embodies the Austrian cuisine of a new wave. The main thing that unites my teachers is that they are trying to ensure that the cuisine of Central Europe keeps pace with its age, and does not constantly look back to the times of the Hapsburgs.

They are cautious reformers of tradition.

They know how to be modern, but at the same time to be clear without translation in that country, the kitchen of which they represent.

And I want to introduce this level of understanding of Austrian cuisine in my restaurant.

What chefs get two Michelin stars?

For the ability to achieve perfection and not to compromise with yourself. I never put a dish on the menu until it satisfies me 1001%. I grew up on the French classics, then I was fascinated by the avant-garde, and with maturity I came to the understanding that more attention should be paid to basic things. Focus on taste, not on visual effects.

The taste should be concentrated on the plate so that from the first spoon it would be clear who made this dish.

So we can recognize the “handwriting” of the artist only one stroke in the picture. 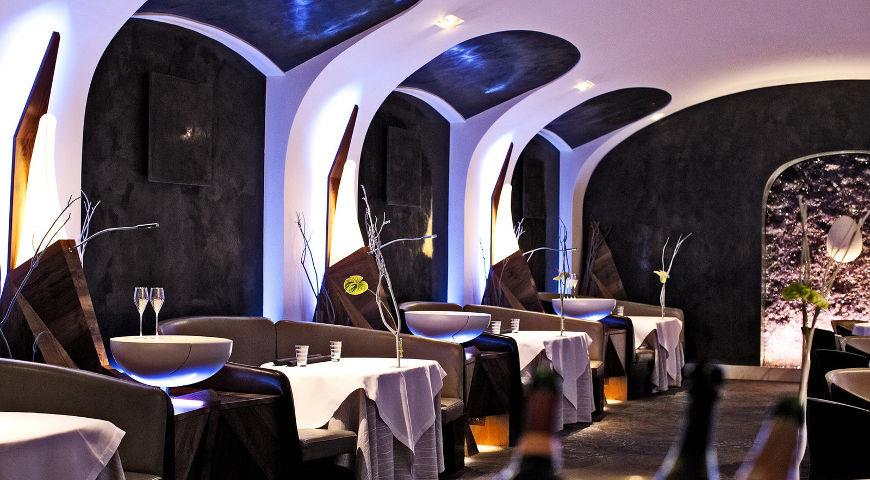 What inspires you in Vienna?

I live on the outskirts — near the Vienna Woods, and if I manage to grab some free time, I go for a walk. In the forest there is a so-called eco-path — it goes through amazing places with old spruces, the smell of needles, ponds in which ducks swim.

These walks inspire me. For example, on Moscow tours one of the dishes on my menu was called “Forest”, this is a snack of duck liver with mushrooms, chocolate and pine needles. It is very far from traditional Austrian cuisine, but still it’s one of my most Viennese dishes.

Because it magically transports me to the forest paths. And I hope my guests too.

After all, in the dish, not everything should get to the stomach, something needs to be left for imagination.

And what does not allow you to break away from the roots?

From time to time I go down to the wine cellar (The Silvio Nickol restaurant wine collection numbers 5,500 items and is considered the richest in Europe — approx. ed.). I walk past the shelves and look at the labels. The oldest bottle in our collection dates back to 1727.

And I understand that it is part of the history of Coburg Castle, which began when you and I were not there, and it will not end when we are no longer there.

This, you know, sobering.

We thank the Austrian Tourist Office and Lisa Hessenberger personally for their help in preparing the material.