How to cook pea soup

A friend of mine, a little girl, called him “pea soup”, and I like this name especially. 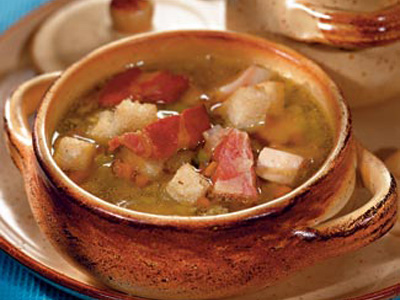 Long-time invention of mankind — years 500 are easily tracked, then traces are lost in the sands of time, but the pedigree can be traced from the lentil soup that cost Esau the birthright, although it was red, as we well remember.

The subject of numerous jokes and scabrousness, noted in literature from Rabelais to Hasek to J.P. Donlivi, in Russia in the 19th century was defined as a euphemism “musical soup” for its extreme ability to bloat the bowel.

The Germans, by the way, never felt shy about it at the table: the pea soup was one of the favorites in Germany, from where it moved through the ever-controversial Alsace and Lorraine to French provincial cuisine in all its glory.

In Russia, the Great Peas, too, have always been loved, right down to the widespread remembrance of him by the king in many folk tales. Red-hot peas were one of the favorite delicacies, and on parting, the peasant young ladies beat their lovely fists on the back, saying, “I’ll give you peas on the path.” Gogol’s characters informed each other in extreme irritation: “You can talk with you, mildary, only when you hire peas!” And so on.

We also remember the convincing educational effect of peas, if you stand on it in the corner. A «sitting on the beans» allowed to survive the dark days.

Well, pea soup ate with might and main everywhere, although we have this obvious borrowing from German and French, but in different ways.

In the already distant years of my youth, in all the canteens there was a “Pea Soup with Pigland”. And N.S.

Khrushchev was generally a wonderful reservation about the «pig-bean crops», charming.

So let’s remember how it was. The recipes of the XIX century are extremely concise and uncomplicated.

6 glasses of yellow peas, roots, salt, 18 glasses of water and 2 pounds of corned beef. «It is best to take the peeled yellow peas, as it is boiled soft much better than the unsheathed ones.»

By the way, it is a valuable remark, although now few people will say “outright” right off the bat.

Because the peas are now all peeled and shelled, and is only divided into whole and split. Chipped brewed even faster.

But you can meet both yellow peas and green ones, although the latter is much less often, another pea soup is cooked from it, about this another time then.

Let’s start with the simple.

Time, as always, is not enough, so we take the yellow split peas, it is boiled most quickly. The proportion of peas to water 1: 3 offered in the 19th century gives a too thick cream soup; it is better to take it in a ratio of 1: 4 or even 1: 5. It is in dry form, of course, without soaking.

After soaking 1: 3 will be just right. Soak or not — decide for yourself.

Chipped peas are brewed fairly quickly, especially if the harvest of the current year, and not on the bottom of the barrel is met.

No longer than the very «pigs», which are simply inseparable with peas, like Twix sticks or vodka and herring.

Of pigs smoked smoked pork knuckle is the best choice. It catches my eye not so often, so you can be satisfied with a boiled-smoked knuckle, and besides, it cooks faster.

Necessarily with the skin, without this, all efforts are in vain!

Fierce Frenchmen and lovers of cartilage Hungarians generally cooked on the same smoked skin, but we now learned to waste, after so many years of obesity and stability.

However, with the knuckle, we will act rationally.

First, cut off the skin and set aside. Then gently and cut off the meat from the bone in the largest possible way.

It is not necessary to crumbly, it is not boning, you can generously leave the meat on the bone. We need beautiful large pieces.

Also postponed. We get two factions — skin and bone with meat and, in fact, pork, a couple of fair chunks.

Bone is also better to split, if there is anything.

Yes, even a hammer.

Do not split only the tabletop with a window sill.

Put the washed yellow split peas, the skin and the bone from the smoked pork knuckle into the pan, pour it with cold water in the indicated proportion and cook until it is cooked. Both.

Peas can not be scared to boil over the top, but the skin should be very soft. Bone — optional. 40 minutes before the expected completion of the process it is good to add more carrots, celery root or parsley and an onion in the last layer of the husk, this harmonizes the tastes.

From the cooked soup, we catch the skin, the bone and the onion, punch the rest through a sieve or divide it with an immersion blender into mashed potatoes. The skin is a separate question, humanity is divided into two dissimilar groups. In one group, in life they will not take that skin into their mouths, in the other — mother will sell their mother for the skin.

To serve the first group, the skin will just have to be thrown away, for the second — lovingly cut into small strips or squares.

The resulting mashed potatoes (not very thick) need to be returned to the fire, add bay leaf to it and pepper, and now cut the meat into slices and warm it up with the soup, about 5 minutes.

During this time, you can just dry in the oven croutons from white bread. In a mortar, crush garlic with salt in porridge, pour in a couple of tablespoons of olive oil or some other oil, which is better heated, and stir well. From the third of today’s loaf, cut the crust, cut it into slices, lightly brush them with the butter, cut it into cubes and pour it onto a baking sheet on a sheet of paper.

And dried in a hot oven until the initial blush is not for long.

Soup is now poured into bowls, trying not to deprive anyone with pieces of meat, sprinkle with croutons.

You can sprinkle finely chopped parsley for beauty and aroma. And joy, satiety and music come to the house.

But what to do, for all the excesses one has to pay in one way or another. 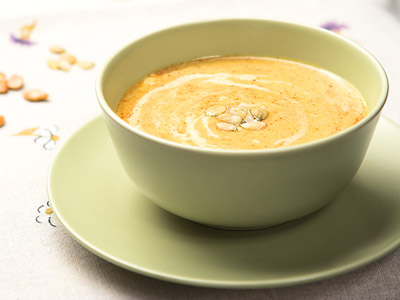 One of the traditional culinary applications of pumpkin for a century has been pumpkin soup, whose recipe is simple, like the plant itself, but has grown over the years. 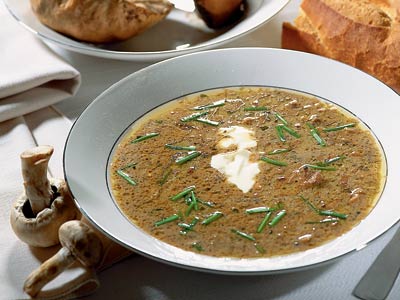 Strong tubular mushrooms, which do not spread out during cooking, will do. Aspen mushrooms, boletus eateries, podduboviki 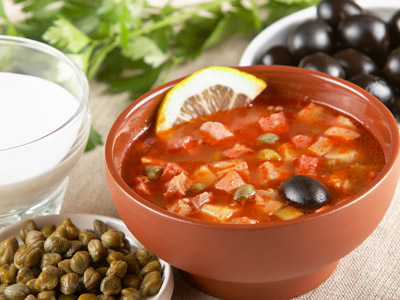 How to make a hodgepodge

Soup, invented in St. Petersburg taverns and restaurants, so as not to be wasted the unfinished by the guests of the spree. 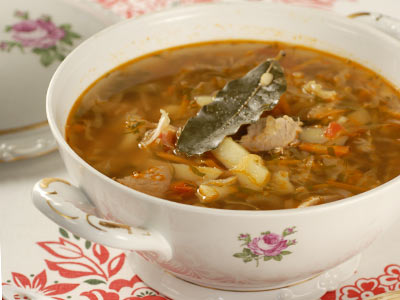 How to cook soup

To find the only correct recipe for soup — utopia.

There’s no such thing.

Starting with the most simple, stewed in a clay pot, from one cabbage with. See below.

2019-01-17
admin
Предыдущий What is a meze and why is it so popular in Cyprus?
Следующий Symptoms of acute and chronic bronchitis