Главная » Cooking » How to cook couscous

How to cook couscous

Couscous appeared in our stores recently, ten years ago, together with another foreign grocery — polenta, bulgur, quinoa, amaranth.

But it was the couscous that managed to gain a foothold in our diet, which is quite understandable: inexpensive, affordable and cooked according to the principle “just add water,” it turns into a great side dish to stew or becomes the basis of a hearty salad, or tricky stuffing for poultry. 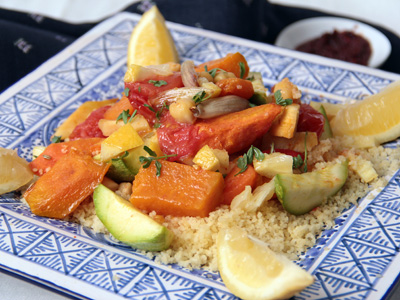 From there he migrated to the Eastern Mediterranean, then to Sicily, and then reached France, where in 2006 he was recognized as the most popular dish.

We are accustomed to treating couscous as croup, which is, in fact, wrong.

Couscous granules are lumps of semolina — durum wheat flour and a certain grind, similar to our small semolina.

Until recently, in the countries of the Maghreb, it was decided to send wheat, bought at a market, to the nearest mill so that it would be crushed to the desired degree.

Now imagine such a picture: women are sitting on the ground, in front of each is a large flat wooden or ceramic bowl in which ground wheat is scattered in a thin layer. It is sprayed with water, sprinkled with finely ground flour and stirred in a circle with your fingers so that each granule is covered with a thinnest layer of flour. Spray again and mix again, then sift through a sieve.

The lumps that remained in the sieve are already couscous, and those that have fallen in the bowl are sprinkled with water again, mixed, sieved … Manual labor, which requires patience, diligence and time.

Of course today couscous do in factories.

As a rule, its granules are of medium, universal size. In the same place, couscous is treated with steam, and it turns out a product that you need to prepare for only about ten minutes: it is enough to pour boiling water or broth in the right proportion, add oil, salt and spices, leave alone for a while and then loosen with a fork.

Quickly, simply, but before the offensive inexpressive!

In the homeland of couscous, it is customary to steam it. To do this, use a special double pan, which in French is called couscoussier.

In the lower part of the pan, boil meat, chicken or, in Sicilian style, fish along with a set of aromatic vegetables: onions, carrots, turnips, herbs and seasonings.

When this fragrant stew is almost ready, a top section is installed on the pan — a flat pan-colander with openings of a size so that the couscous lumps do not fall through, but are soaked in a magical steam.

For half an hour the couscous boils, becomes soft, but at the same time the lumps are tightly glued together. Then they are put on a dish, sprinkled with cold water and loosened with a fork. But that’s not all!

It is again transferred to the colander and continue to boil over boiling broth. Ready couscous served on a platter along with pieces of meat or poultry and fragrant vegetables, and the broth is served separately.

We can say that couscous is a whole dinner in one pot!

All this, of course, fine, but where to get such a pot? And in general, is it possible to cook the same tasty dish with steamed couscous from a pack bought at a nearby supermarket?

For the answer, you should contact the recognized authorities in the field of cooking.

Claudia Roden (Claudia Roden) in the book A New Book of Middle Eastern Food advises not just pour couscous boiling water, but also warm it in the oven, mixed with oil. About half an hour before the planned serving time, when the stew is almost ready, put the couscous in a large heat-resistant form and gradually add salted boiling water, stirring the couscous with a fork so that there are no lumps. Water can be added at any time, so use only part of the norm indicated on the package.

Leave to swell for 10-15 minutes, then mix in a good portion of olive or butter and grind the couscous with your palms. Now put the form in the oven, preheated to 190 C, and leave it for 10-15 minutes.

Before serving, add more oil and carefully loosen with a fork.

Then turn on the combine for just a few seconds to loosen the mixture and mix all the ingredients.

Whatever way you use, remember that a good couscous is airy, light, crumbly, not wet and lumpy. Alternative to rice or mashed potatoes in any dish with sauce, crumbly side dish with fried or baked fish, salad with greens and vegetables, sweet couscous with honey and raisins or with fresh berries and mint. In the summer, couscous with yogurt seasoned with salt and pepper is refreshing.

In winter — with spicy lamb and hot peppers — warms, couscous with vegetables — sates on fasting days. There is also a large «Israeli couscous» — weak, but this is a completely different product, requiring a different approach.

Well, we’ll talk about it some other time.

The ingredients can be selected at your discretion, it is important that there are seven vegetables in total — in the east it is believed that this number brings good luck.

It is noteworthy that in this recipe onions and tomatoes are not considered vegetables, but are considered solely as an aromatic additive.

Cut carrots, parsnip and Jerusalem artichoke in half lengthwise, then — slices, cut the pumpkin into cubes.

Put the vegetables in a heat-resistant dish, season with salt, paprika and hot pepper, pour with olive oil, mix.

Place the star anise and cinnamon sticks in a star shape, sprinkle with chili flakes.

Bake in the oven for 20 minutes.

Couscous Pour into a wide baking dish so that the croup lies in a thin layer. Dissolve the salt in warm water and gradually add to the couscous, stirring so that no lumps form. Beat the cereal with a fork, do not let the granules stick together.

Set aside for 10-15 minutes, then add vegetable oil.

Remove the form with vegetables from the oven, check their condition: vegetables, except carrots, have become soft.

Add chickpeas, dried apricots and water or decoction of chickpeas.

Return to the oven for another 20 minutes.

Slice the zucchini into small pieces, cut the tomatoes in half.

Add to the rest of the vegetables.

Grind your couscous with your fingers, kneading the lumps, and put in the oven along with the vegetables.

Remove the molds with vegetables and couscous from the oven.

Shift couscous on a dish, putting baked vegetables on top, watering with olive oil, juices from a mold, lemon juice and sprinkling with chopped greens.

ALYONA SPIRINA:
“I am an activist of seasonal cuisine, according to the precise definition of a Moscow gastropub.

Everything that appears in my kitchen is prepared quickly, simply and according to the season. Even my book “52 Cakes” is divided into chapters by seasons.

And I also like to follow the path of simplifying the preparation technology, “cut corners” without harming the taste. This is possible if one imagines what is happening with the products, understanding — or trying to understand — the chemistry and physics of processes.

And then you really want to share your discoveries and discoveries with friends and colleagues.

It’s good that there are opportunities for this — three seasons of the program “Just Delicious” on the channel “Kitchen TV”, a culinary blog, which I have been conducting for 7 years with varying degrees of enthusiasm, and master classes in the culinary studio. ” 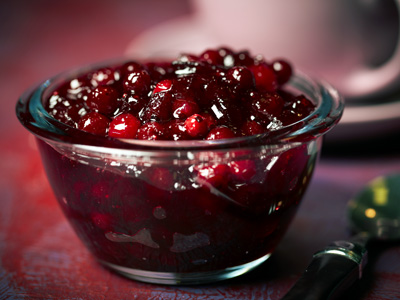 Alena Spirina advises to immediately cook cranberry jam, then to cook on its basis cranberry sauce, which is ideally combined with meat dishes. 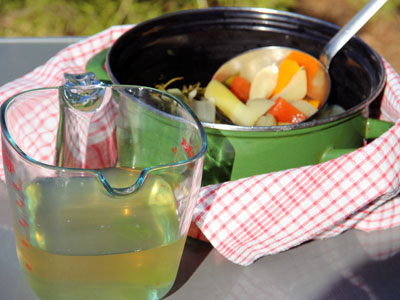 My acquaintance with the culinary phenomenon called «vegetable broth» occurred at a time when no one had heard about the Internet .. 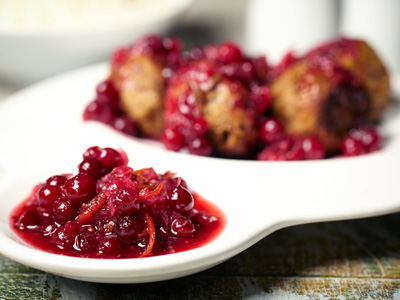 On the basis of cranberry jam in a few minutes you can make an excellent sauce based on English cumberland, which is ideal for roast beef. 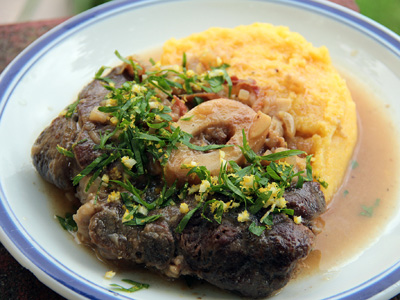 Strictly speaking, ossobuco is cooked from veal, but in our realities the beef shank is cut more often. Yes, it is sawed, it is important. About 30 years ago, Alena Spirina, being a very young, but already inquisitive cook, mastered the preparation of a cake called Drunk Cherry in Chocolate. 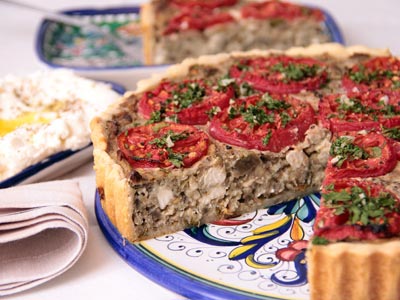 Recently, baking has become my favorite way of preparing eggplants.

At home — on a baking sheet in the oven, if possible — on an open fire See below.