Главная » Cooking » How to choose and use salt correctly

How to choose and use salt correctly

Salt is experiencing unprecedented times. They only talk about how unprofitable it is and how good it would be to stop salting food at all. And salt, meanwhile, acquires VIP-status and turns into a symbol of involvement in high gastronomy. 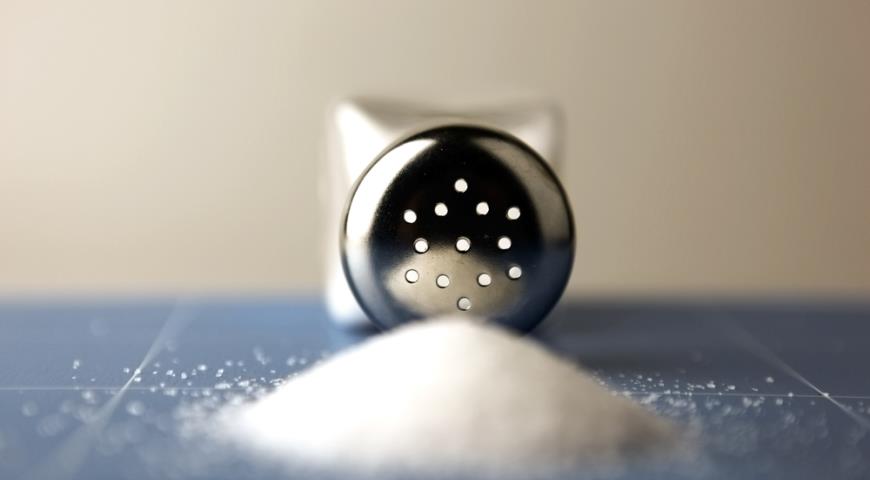 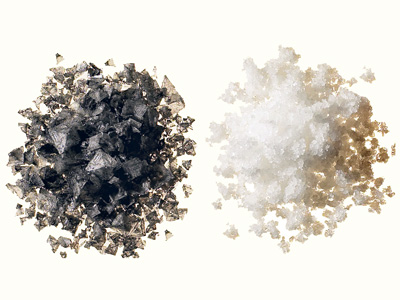 Salt story — this is the story of our world.

Roman soldiers were paid in salt, and echoes of this are still heard in the English word salary, derived from the Latin salarium, salary. One of the reasons for the fall of the French monarchy is considered a harsh «tax on salt», against which the peasants rebelled. Mahatma Gandhi’s march against the rajah’s monopoly on salt ended with India’s independence.

In Moscow in the spring of 1648, there was also a Salt Riot.

Salt alive and dead: how is salt useful?

The meaning and purpose of salt in our life goes far beyond the scope of the task “make the dinner more interesting«.

Many physiological processes in our body are possible only with a sufficient amount of salt: it is necessary for digestion and proper metabolism, helps cells absorb substances, regulates the balance of body fluids, “dissolves” and helps to remove its own — biologists call salt «the main cleaner».

Some vital acids our body produces only thanks to salt.

From a healthy body, moderate excess salt is eliminated by itself, but if something goes wrong, salt accumulates and can become a serious problem: its excessive use is fraught with high pressure, cardiovascular diseases, osteoporosis and other failures.

It is believed that the problems with salt began in the twentieth century, when the process of its production was industrialized — powder, which later received the offensive nickname “white death”, with the help of chemical processing tried to give the maximum white color, clearing from any impurities and adding “anti-caking»Agents.

In its pure form, salt — sodium chloride — is not found in nature, depending on its origin, potassium, calcium, magnesium, sulfur, bromine, phosphorus, vanadium and other elements are always present in it.

The return from artificially purified salt to living and natural is one of the main gastronomic trends of recent years.

We reduce the quantity, but we increase the quality!

All salt in the world comes from two sources: either from sea or lake water, or from salt mines.

Sea salt first — even 800 years BC — Chinese invented to mine: salt water was poured into small and wide clay troughs and evaporated to the state of salt crystals. In Europe, this technique has spread during the Roman Empire and, it must be said, has not changed much since that time.

And today, large shallow water evaporation ponds are filled with water, water evaporates during heat, salt remains at the bottom — where sea salt is produced in large quantities, for example, in Sicily, snow-white mountains occupy hundreds and hundreds of hectares.

But there are a lot of salts in the world, which are called beautifully in French fleur de sel — “salt flower”.

These artisanal salts are not similar to each other, like all living things (in any case, growing in natural conditions and depending on the sun, rain, moon phases).

Each not only has its own flavor shade, but also its own sense of salinity (some feel more salty, others less, although the content of sodium chloride is about the same in all), its own texture: from flakes to plates.

Perfect fleur de sel should be hard enough not to dissolve on hot, but not hard enough to break a tooth.

Most often it, in contrast to large sea salt, is used as the final touch of the dish.

Some varieties are known to the whole world — as loved by gourmet chefs. English Maldon (recently celebrated its 130th anniversary, and by the anniversary they published a whole book of recipes from cult chefs) or fleur de sel from Camargue.

Artisan salts, They are not at all inferior in quality, they also produce — grow, harvest, dry, manually unpack — small farmers on their own plantations everywhere where there is sea water: from Morocco to California.

A completely different landscape is a 16th century mine in the mountains of Punjab in Pakistan. Slabs and giant bars of a shimmering stone are raised to the surface — after it has been washed away from millennial dust, it will turn pink as the morning dawn, or purple. 600 million years ago there was a sea here, volcanic activity, which shook the earth in those days, hermetically “sealed” the sea inside the earth, which later turned into the Himalayan mountains.

For millions of years, the sea has evaporated, and in its place remained layers of salt, fused together under the pressure of mountains into stone, known in the world as «Pink himalayan».

Unusual abilities of rock salt
Everyone knows about baking fish in a salt crust, but Himalayan salt, which is sold in the form of blocks, plates, bricks and even cutting boards, can be used for almost any kitchen use: from cutting vegetables, grilling and grilling to serving. The instruction states that, due to the extremely low porosity, the Himalayan salt blocks can be brought to temperatures from –18 to +370 ° С (salt melts at about 800 ° С, so there is no danger).

This means that you can serve ceviche or tartar on a cold salt block, and you can put a heated block on the table and guests can fry thinly sliced ​​pieces of meat or scallops on it.

And fresh cheeses and fruits, lying on a plate of Himalayan salt, absorb delicate salty.

There are deposits of rock salt in all mountain chains on Earth, but these deposits are very different in their origin — there are so-called natural brines of modern salt basins, underground salt waters, deposits of mineral salts of modern pools and there are such as in the Himalayas: ancient fossil deposits , the most valuable of all — for example, pink salt from Punjab is rich in iron, calcium and traces of 82 minerals important to human health.

Today’s passion for salt is akin to collecting, say, cards.

Of course, salt is a more applied subject: the delicate shades of their tastes can affect the dish, and it is interesting to experiment with it. Moreover, in addition to salts of different geographical origin, there are also countless salts flavored: smoked (and not abstract smoked, but, for example, on alder and apple), wine (not just, but necessarily with a clarification: Merlot, say, from Penedès — this crimson salt has an “earthy, mushroom” flavor of taste), salt with lavender and wild flowers, with balsamic, with Iberian jamon, with anchovies, with shrimps, with bacon, with caramel, with chocolate.

Mills and to the impossibility of stylish boxes of this salt can be bought in gourmet stores like Hediard or from special companies like Salnostrum, which are exclusively engaged in the creation of such mixes.

Someone will be skeptical: “Salt, whatever one may say, still remains salt, and the impurities in it are insignificance, and the aroma is a complete fiction, and the benefits are one placebo, and in general all these fashionable salts of yours are exceptionally beautiful packaging and marketing.«.

Salt has really turned from a basic product of the first necessity into an art object, into a symbol of participation in high gastronomy, but first of all it is attention to details.

There are other reasons: for example, Massimo Bottura, the renowned restaurant chef Osteria francescana in Modena, uses in its kitchen salt from Cervia not only because of its outstanding taste, but also to present to the world a unique specialty of the home region of Emilia-Romagna.

In this way, he maintains, in a world captured by globalization, artisans, who still keep the thousand-year secret of salt making.

How much salt does a person need?

The recommendations of the World Health Organization (WHO) on salt intake were changed in 2013: earlier, adults and children after 2 years were given no more than 2 grams per day, now less than 2 grams is about half a teaspoon. Salt and without it we eat too much, it is everywhere and in everything, especially in processed foods.

A person easily «exhausts» the daily rate of just a hundred grams of crackers or popcorn.