Horseradish grown for its extremely sharp root. You can prepare a delicious seasoning with it at home — you get the perfect additive to grilled meat, fish, pate or soup 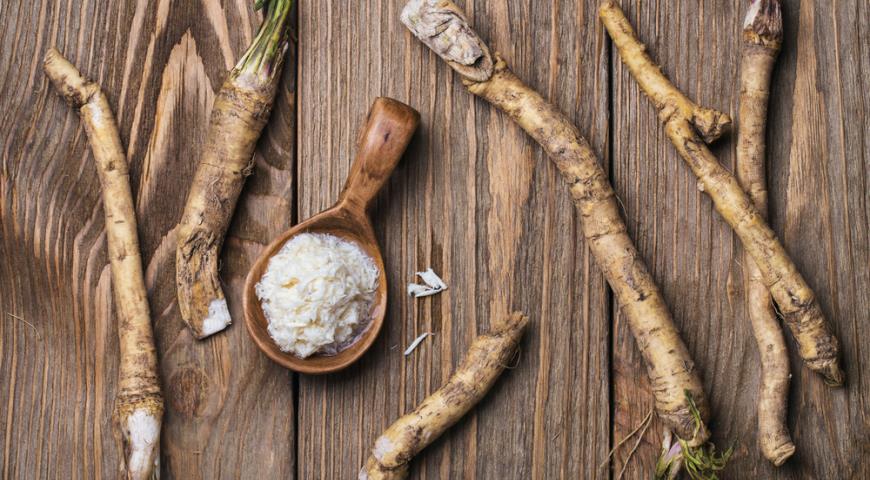 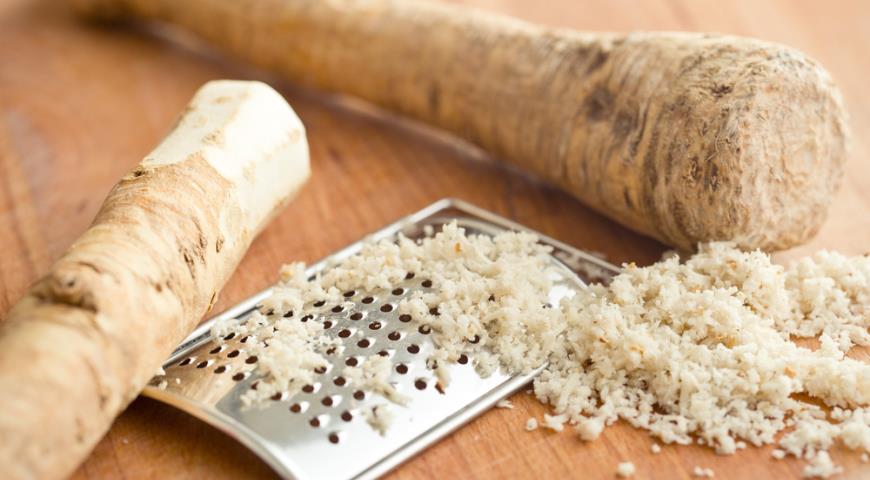 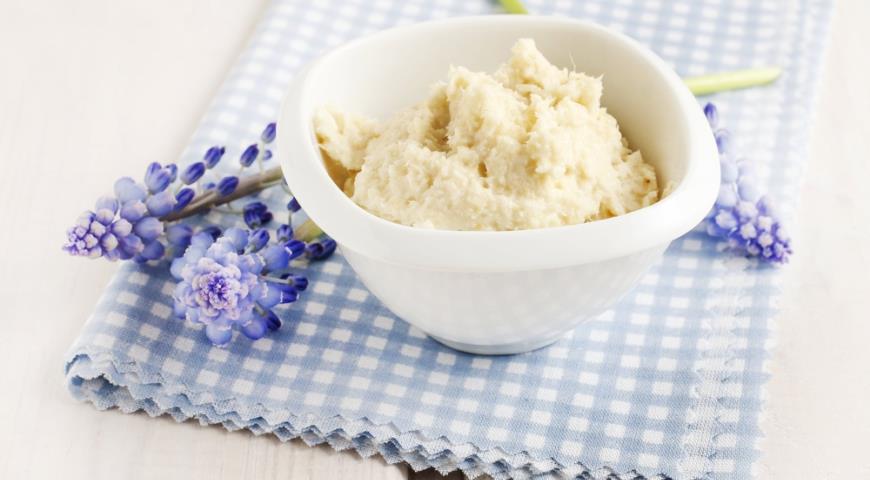 Horseradish grown for its extremely sharp root. As a rule, it is ground on a grater, mixed with cream or vegetable oil, and then mustard, vinegar and sugar are added to taste.

You can prepare this delicious seasoning at home.

It turns out the perfect additive to grilled meat, fish, pate or soup.

Most botanists call horseradish — a perennial plant with a thick, long rhizome — originally Russian and believe that it came from Slavic lands to Africa and to the south of Europe.

Horseradish cultivated since early antiquity. He was already known in Egypt in 1500 BC. On the frescoes of Pompeii, extracted from the volcanic ash, there are also images of this root.

Pliny the Elder in his «Natural History» gave the name to horseradish — Amoracia and recommended its widespread use due to its many healing properties. During the Middle Ages, leaves and horseradish root were widely used by healers.

Since the 9th century, the Slavs cultivated horseradish. Since the XVI century
They were followed by the Germans, using horseradish as a seasoning, adding to beer and schnapps.

After 200 years, horseradish began to grow and the French.

In America, this vegetable came in colonial times.

Have horseradish root usually the size is no more than 1 m, diameter — 3–6 cm. The root is covered with off-white or brownish skin. The flesh is bright white.

Horseradish root is distinguished not only by the striking brightness of taste, but also by numerous references in Russian folklore.

Due to its bactericidal and antimicrobial properties, horseradish is used to treat various infections and colds
diseases, bronchitis.

Horseradish is a diuretic.

Horseradish has three species, the most common of which is the only one with culinary value. horseradish ordinary, or rustic (lat.

Before using, horseradish should be washed with a brush, peel and grind grated in a blender or meat grinder.

Grinding horseradish manually can cost you tears — and all because of the abundance of mustard glycoside contained in the root.

However, this substance not only causes tears, but also kills harmful microorganisms.

Sometime in Russia, fresh food was poured with pieces of horseradish, thus protecting them from rapid deterioration.

The sharpness and ingestibility of the seasoning depends on the freshness of the raw materials.

The fresher the root, the brighter and sharper the taste will be. For coloring you can add
a little beet, spinach or carrot juice.

Stored ready-made horseradish should be kept in sealed dishes in cool conditions.

Creamy horseradish, which is sold in stores, is a delicate sauce with a slight touch of spiciness, made from a small amount of horseradish and a large amount of cream.

To make this sauce at home, just take the usual grated canned or fresh horseradish and whip it with a blender with the fattest cream.

Horseradish sauce fits perfectly to many meat and fish dishes, and even broiled veal tongue or boiled tongue without horseradish is generally not served on the table.

Horseradish dressing okroshka and even sometimes borsch, added to brew.

Pieces of horseradish and its rather sharp and fragrant leaves are surely added to Russian pickles, so that the salty product does not spoil any longer and crunches.

On the pieces of this root also insist vodka, getting a famous drink hrenovuhu.

However, there are quite unexpected combinations.

For example, horseradish refueling makes the salad with bacon and eggs brighter and more interesting, and tender salmon seems less fat, but it remains the same tender and does not lose its noble taste.

This plant blooms in May — June, and only by the end of August (and in colder climates and by the end of October) can the edible root be excavated.

Already ready to hell, like seasoning, is available year-round.

Horseradish root is best kept in a cool and slightly damp place.

This simple and easy meal is good because you can serve it both before dairy and before meat.

What dish immediately comes to mind when you mention this king-fish? Most likely stuffed.

Roast beef is a win-win snack.

The main thing — buy a real tenderloin. On .

The taste of fish will be even more saturated if you boil it not in vegetable, but in fish broth -.

The name of this dish comes from the verb sech, hack. Once upon a time, when even mechanical. 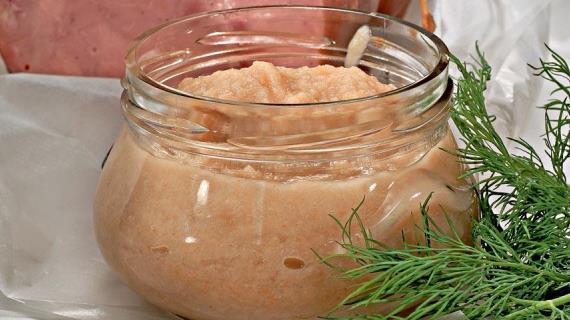 Sharpness and "stintiness" The sauce depends on the freshness of the raw materials — horseradish root. . 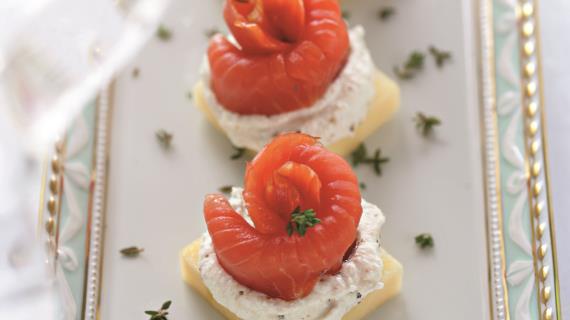 What dishes grated horseradish sauce? It fits wonderfully with. 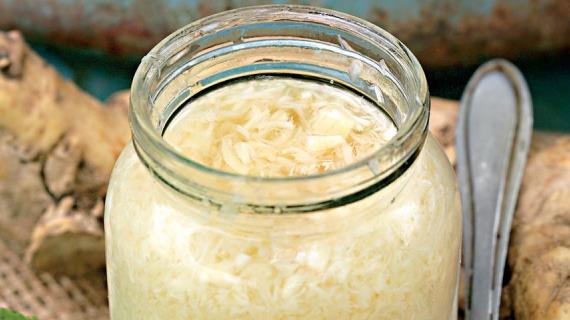 Horseradish in cooking is called not only the root of the plant of the same name, but also a thick sauce, which is from.