In the world there are more than eight thousand grapes, and each has its fans. It is eaten fresh, used in jams and desserts, dried, turned into raisins, and, of course, make wine from it 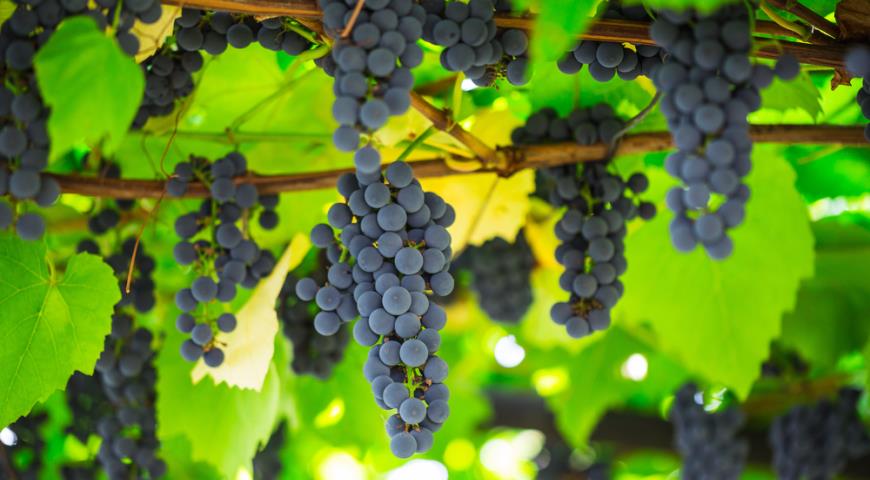 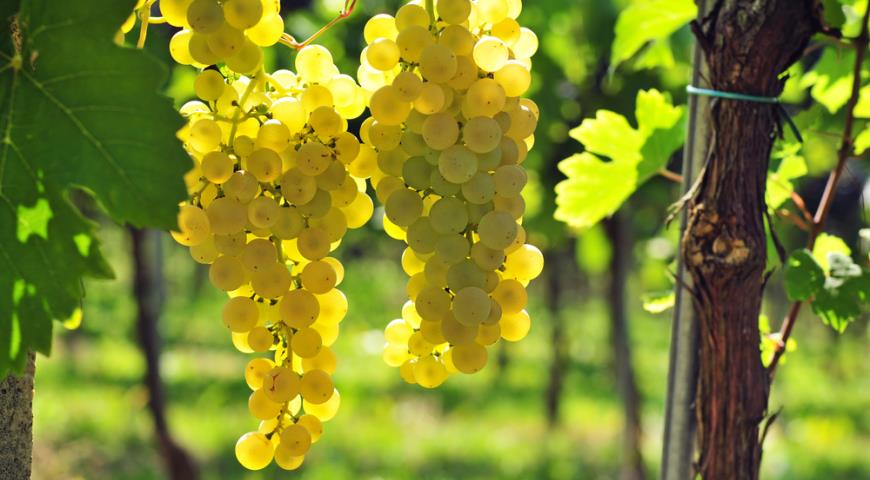 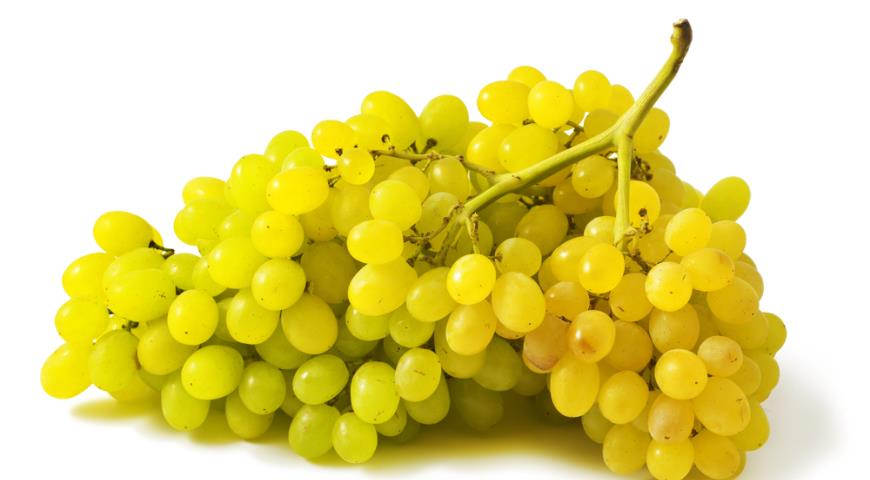 «Child of the sun and mind» — grapes — one of the most valuable for human berries.

In America, there are about twenty different types of grapes growing (the most famous Vitis rupestris, Vitis riparia and Vitis labrusca), in Europe — one (Vitis vinifera), in the East — more than ten (the most famous and widespread of them is the Amur grape, Vitis amurensis).

Thanks to artificial selection over the past few thousand years, more than 8 thousand varieties of these magnificent berries (including interspecific hybrids) have appeared on the earth, which even led to the birth of a special science. ampelography — she is engaged in the study of varieties and types of grapes.

When a large grape is dried with seeds, it gets the name raisins. Small seedless grapes used to be popularly called sesame.

In Russia, the leading region for the cultivation of grapes is the Krasnodar Territory, and in the world — France, Italy, Spain and the New World (Argentina, Chile, South Africa, Australia and New Zealand).

These same countries — the main suppliers of fresh grapes.

People met with grapes in the Neolithic era.

Grapes attracted a person not only by the taste of their berries, but also by the opportunity to make wine. Yeast is probably the oldest microorganism, «tamed» by humanity.

In the skins of the grape fermentation process occurs naturally, and this led to the invention of alcoholic beverages.

For the first time, grapes and wine are mentioned in the Sumerian epic about the hero Gilgamesh. Ancient Egyptian hieroglyphs tell us that wine was made on the banks of the Nile, but was used only by pharaohs and priests.

The culture of growing grapes and winemaking in Europe brought the ancient Greeks in the Minoan era. In antiquity in southern Italy, wine was produced in the Greek colonies. Later, the art of winemaking from the Greeks learned the Etruscans, who perfected the technique of winemaking and began to export wine outside the Mediterranean basin.

Grapes mentioned in the Old Testament.

In the world there are more than 8 thousand varieties of grapes.

In the territory of the CIS countries grows 3 thousand grape varieties.

All grapes are divided into dining, wine and drying, although there are universal, which are used for the production of wine and for fresh consumption.

These large fragrant berries, not sour and not cloying to the taste, are not only a magnificent decoration of any table, a delicious dessert, which is ideally combined with cheeses and other berries and fruits.

Wine (technical) grape varieties have, at first glance, not very beautiful look, they have small clusters and small berries.

But the wine made from technical varieties is much higher in quality than a similar product from table grapes.

The best wines are made from grapes belonging to the European species Vitis vinifera.

On the wax surface of the skin of grapes (it is called prune) Yeast fungi develop, which create a peculiar «frost» effect.

If the vine is crushed, as a result of the interaction of yeast and sugar, fermentation begins — alcoholic fermentation.

For the production of some sweet wines (Bordeaux Sauternes and Barsacs, Alsatian wines category "selection of noble grapes", Austrian Trokenbernauses, Hungarian Tokai Asu) use grapes, the skin of which is affected by the noble mold Botrytis cineria, due to which part of the moisture is removed from the berries.

The development of this mold stimulates a warm and humid climate.

The production of such wines is very difficult: you can never be sure that Botrytis cineria will appear annually in the same vineyard at the same time.

Drying grapes much less than canteens and technical. The grapes of these varieties of berries with thin skin, high sugar content and moderate acidity.

They make raisins, which happens with or without stones.

In addition to use in winemaking, grapes are eaten fresh, and they also make various jams, juices, vinegar, medicines, grape seed extract and oil from it.

Most of the red grape juice in packets is made from the American variety. concord (we have it known as Isabella), and white — from varieties such as shasla.

There is an interesting old way to serve raisins as a dessert. Before use, it is soaked for 20 minutes. in rum or cognac and served. The leaves of the vine are also eaten.

They make such a tasty dish as dolma.

The season of grapes harvested in the south of Russia and in the Crimea is August, September and October.

All year on sale — imported grapes.

Berries in clusters of good grapes must be whole and elastic.

If the berries fall off and have "sluggish" peel — most likely, the grapes or perespel or perederzhali it in the cold.

In the heat, supercooled grapes instantly lose their shape and wither, the only way out is to eat such grapes right away.

Recently grapes have a bunch of grapes, especially the “comb” of the brush does not have time to dry to the end and has a green tint; such grapes will be stored for a long time.

Fresh grapes on the bunch can be stored for a long time.

It is only necessary to hang the bunch in a cool room in a draft.

So, in the old days, grapes were preserved, when no one knew anything about refrigerators. 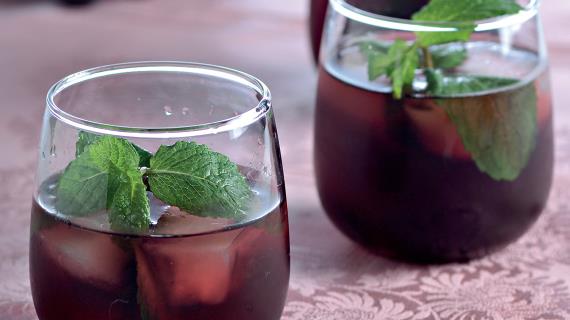 Grapes are well combined with alcoholic cocktails based on white wine, ale, martini. 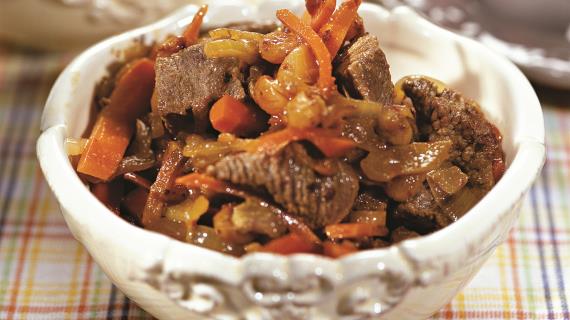 Raisins (from tour. Üzüm — grapes) — dried grapes (without stones or. 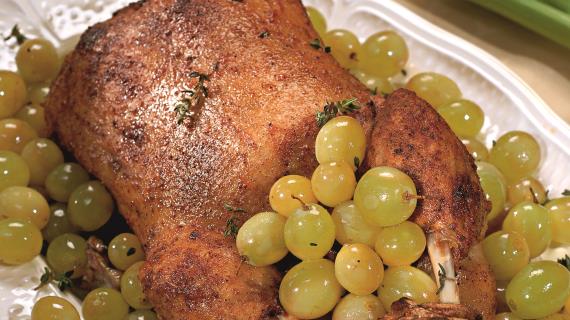 Grapes are combined with a variety of products. With grapes you can make snacks, salads,. 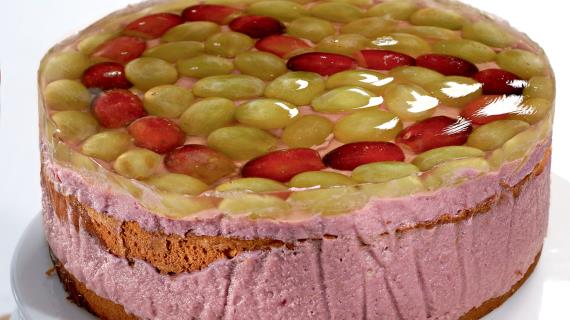 The grapes — ripe and juicy — are great for making a wide variety of desserts.