How to cook french fries at home?

People can talk about it for hours, foaming at the mouth and waving their hands. For frying french fries, he frites, chips or French fries there are rules, and here they are 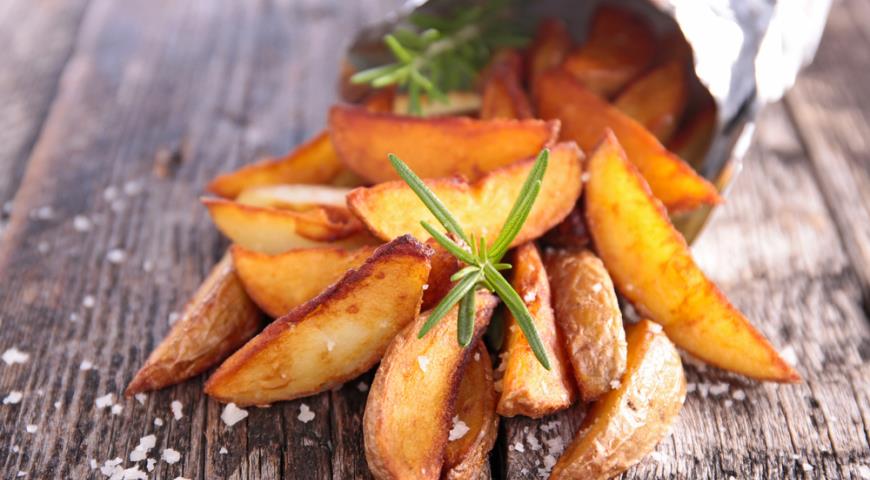 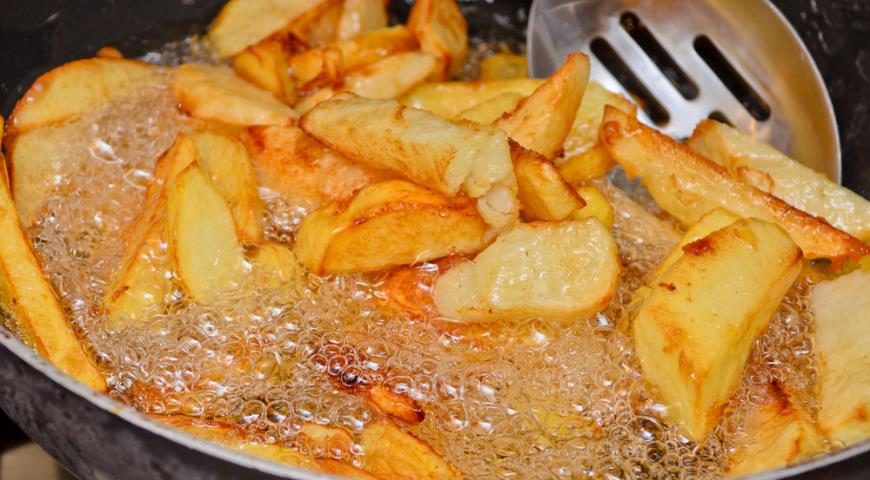 There are several basic ways of slicing potatoes for deep-frying.

Bars, matches — alumettes or matchsticks, absolutely identical little bars, those balls are noiset, rather exotic lattices gaufrettes and so on. The general principle for all these cuts is to give often quite fancy potato tubers the same shape and, if possible, the same size.

In the size, the length is not so important, no matter how important the section is — it should be the same for all the bars, slices, slices, etc. Because otherwise the different sections of the section will be prepared at different times — some middle part of the Poisson distribution will be prepared correctly , the small ones will be overdone or burned, the large ones will remain half-baked.

The easiest way to achieve such a uniformity is to cut the potatoes into slices, like an orange.

The section of the lobules will be different — more in the middle and less at the ends, but this is within the allowable.

But all the slices will be about the same, even if you use a mixture of small and large potatoes — it is enough to change the number of slices in half of the potatoes from 3 to 6 when cutting.

To be clear — thoroughly washed potato (young or relatively young necessarily in the peel-uniform) we cut lengthwise into two identical halves. Half put on the board cut down and, holding the knife at an angle, cut into equal segments also along — from 3 to 6, depending on the size of the potato.

All cut planes should converge in the same center line.

I apologize for the excessive drawing jargon, but most of the subject was in the school curriculum.

Imagine an orange instead of potatoes, and everything will become clear.

The balance of starch and water

Now you need to get the right balance of starch and water from the potatoes. As a rule, starch is more than necessary, and water is less.

Therefore, chopped potatoes need to soak. Not where you thought.

Fold the lobules in a large bowl, cover with plenty of cold water and leave for an hour and a half, occasionally shaking them with your hand, washing away the protruding starch. Then drain the water, rinse the potatoes fresh, drain in a colander and pour on a towel. Blot well, spread on a platter or tray and allow to dry thoroughly.

The next task is to make the potatoes crisp on the outside and soft on the inside. The shape of the lobule is best suited for this, but you are in conflict of interest.

Crisp requires a high temperature, and a soft core — a long, uniform heating.

It is impossible to combine these two factors — either the potato will be pale, but soft, or a bright rosy, but raw.

We will have to solve these problems separately, as they become available.

You take a wide and low saucepan, pour refined vegetable oil into it with a layer of at least 5 cm and heat to a low temperature as low as 135 ° C. Oil can be used almost any — sunflower, corn, olive, mustard, rapeseed, cottonseed. Grape seed oil is best — it has the highest flash point.

In this oil with a temperature of 135C, you load slices of potatoes and, in fact, blanch them for 5-6 minutes.

At the same time, the potato will practically not turn red, but it will warm up well inside and will be ready for further procedures.

But not at once.

Potatoes should cool down.

It cools both outside and inside.

Outside, it warms the environment, contributing to global warming, and inside — it continues to warm up and get ready, this is important. Therefore, it should cool completely.

Don’t worry, it’s not that long, just sprinkle it on the baking sheet in one layer.

Now we come to the second stage, when we get the coveted crisp. The same oil is now heated to 175-180C. At this temperature, the potatoes will blush cheerfully, continuing to poke around inside.

Potatoes are dipped in butter and poured with a skimmer for even roasting and so as not to stick together, although it should not.

And it should blush for about 6-8 minutes, depending on the total mass and thermal inertia of the system. That is, in a heavy cast-iron pot everything will be faster, and in a thin aluminum or steel one — longer.

You will see a blush and will take out a potato when you are satisfied with its color.

Do not keep the potatoes in oil until completely brown tawdiness — remember that, and she continues to cook cooked inside for some time.

Only when the potatoes are fried and laid out on paper towels so that the oil is absorbed, then it can be salted.

Previously, it is impossible — from the salt the potatoes immediately release the water and your oil will begin to shoot and explode like a terrorist.

Either take a large heavy saucepan and pour 3 liters of oil into it, or lay the potatoes in smaller portions.

Otherwise, the oil temperature will fall too sharply and recover for too long.

What to serve fried french fries?

Worldwide experience insists on ketchup. You can make a great tomato sauce yourself, the recipe is easy to find on the same site. The British sprinkle the potatoes with malt vinegar and it’s delicious.

They invented the classic and fruity sauce of HP — in my opinion, it is great. Something reminded him of the Soviet sauce «Southern«And sauce»Soy-Kabul«Since the monarchy. Recently I tried potatoes with an unexpected sauce — mixed with thick cream demi-glace.

So it’s just exquisite, I tell you.

But I am sure you will figure out how to eat potatoes, but how to cook it — see above.