Estonian cuisine has absorbed all the best from other peoples living in the neighborhood, added to this its unique nuances and desire for perfection and has become extremely exciting and diverse.

No wonder Northern European Cuisine today is not just a culinary concept, but main gastronomic trend. 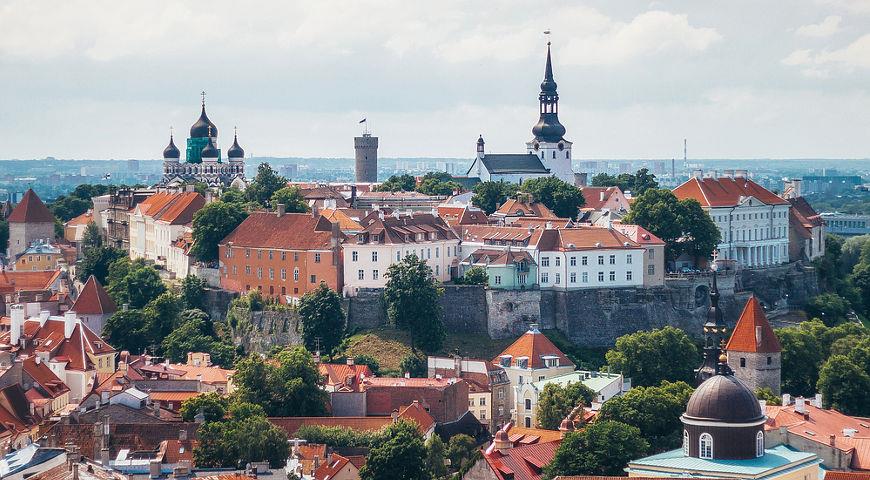 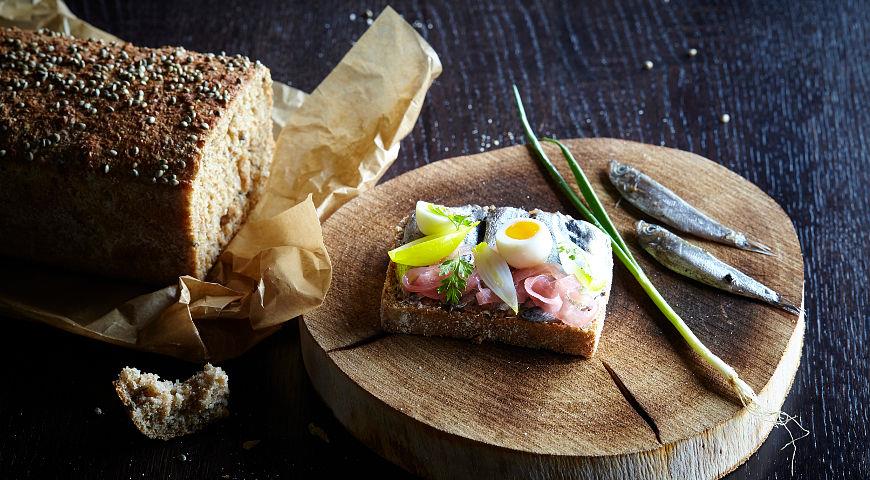 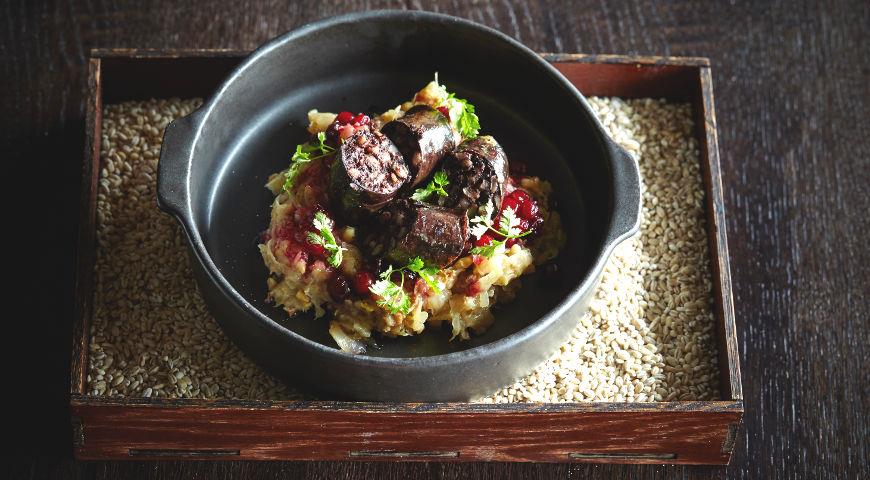 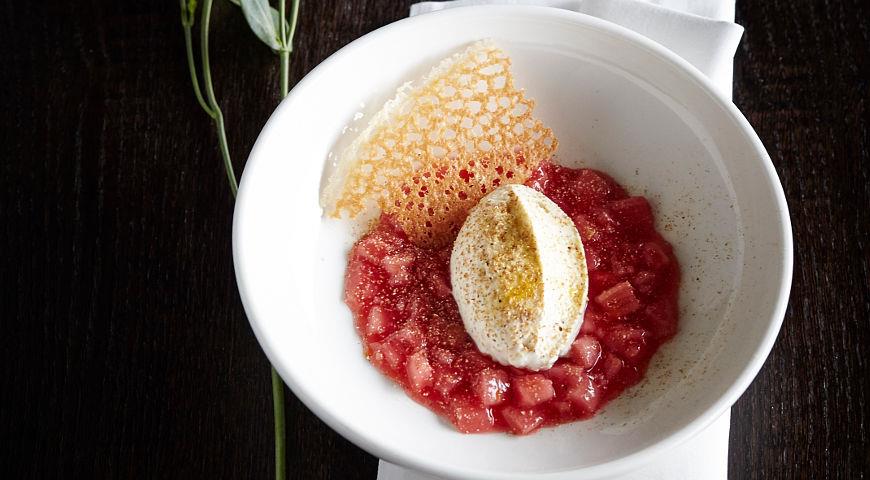 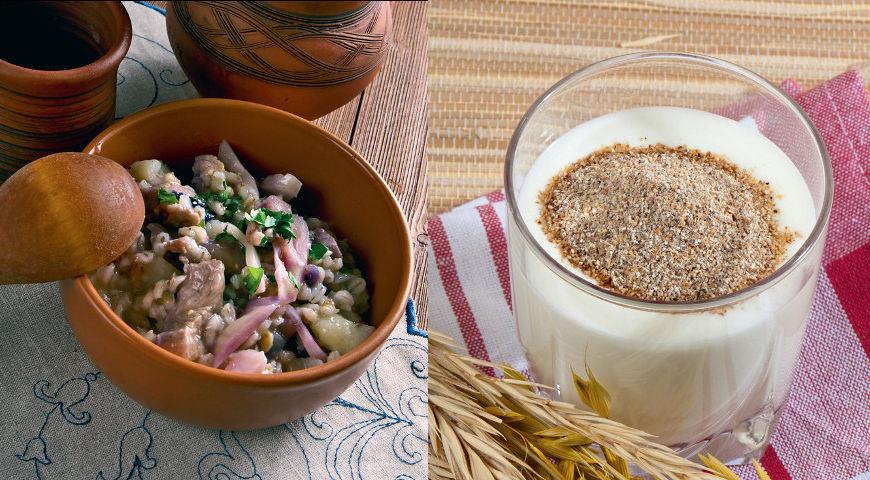 Traditional Estonian cuisine is quite specific. Methods of preparation, recipe and serving dishes are simple, but uncommon.

They are based on dairy products, fish (sea, river and lake), pork, lamb, less often beef, vegetables, cereals and legumes.

At the same time, at first glance, poorly compatible products are used: milk and fish or peas, fish and lard, apples and bull blood, potatoes or semolina as a dessert. Obeying the general rules of the game on the culinary field of the Baltic
In the region, the Estonian cuisine is much more often neighboring Latvia, Lithuania and Poland uses seafood.

Since the days of the Hanseatic Trade Union, Danish, German, Swedish and Russian cuisines have had a strong influence on it.

Estonians almost do not eat fried.

Bread occupies a special place in Estonian cuisine. The diversity of its species can envy the neighbors in the region.

Gray bread «seppik», «livavatsk» (potato-rye roll in hemp oil), honey, bread from rye and barley flour with the addition of various starters, potatoes and even dried fruit. By the way, dried fruits (dried apricots, raisins, dates, prunes) began to be used when baking bread
in the days when the port of Tallinn served as the main salt gate of the Baltic. The merchants, loading the holds of ships with heavy sacks of salt in the countries of Southern Europe and North Africa, used the free space of the upper deck for the transport of bulk, but light dried fruits and spices. Spices did not take root in Estonian cuisine, but rare for Northern Europe dried fruit became a part of the national culture.

A festive table does not do without traditional apple pies and rhubarb.

Be prepared for the fact that you can offer a pie stuffed with fish and lard.

In the cold season there are always hot soups on the Estonian table. Pork or lamb, white fish, forest mushrooms and vegetables (potatoes, cabbage and rutabaga), dairy with the addition of beer, cereals and flour — the soup is not soup, if it is not thick and not rich. Game, oddly enough, is rarely used, although it is sufficient in the forests of Eastern Estonia and on the islands.

But without fish — whitefish, Baltic herring, salmon, cod, herring, flounder — and other seafood, it is simply impossible to imagine Estonian cuisine.

For a long time, Kama has been loved here — flour from flour, ground from pre-roasted seeds of rye, oats and barley with the addition of crushed dry peas, which was poured with fresh milk or yogurt. Today, kama is increasingly used yogurt.

If the flour is mixed with a small amount of milk or dairy products, you get dumplings.

Adding salt, we get a snack, pre-dinner. If you add honey to Kama, an excellent and, most importantly, hearty dessert will come out. Kama is stored in bags or tightly closed cans in a dry, dark place.

Consume throughout the year.

Cinnamon rolls came from Sweden, donuts with cheese and jam came from the Danes.

There are also “gastronomic icons” in the national Estonian cuisine. Of course, they include a dish under the name “mulgikkapsad”, which is unaccustomed to our ear, made from pork, sauerkraut and pearl barley, most often around Christmas. This once-purely peasant food will be offered to you today at expensive restaurants in Tallinn.

Another mandatory attribute of the Christmas table — blood sausage with pearl barley, barley or buckwheat. The basis of the meat is pork with the addition of bovine, calf or pork tongue, liver, offal, fried onions, lard and spices. To the table, «verivorst» is usually served hot.

But allow serving and cold as a snack. As a garnish stewed cabbage most often acts.

Complement the dish with cranberry jam.

And of course, one cannot imagine Estonian cuisine without “sults” — traditional pork jellies, which, unlike Russian kholodtsy, are not made from the legs, but from the heads and tails of animals.

The list of the main fish dishes should definitely be started with Tallinna Kilud, Tallinn sprat of spicy salting. The jars of such kilka, decorated with the recognizable silhouette of old Tallinn, the guests of the country buy as a gift for friends and colleagues.

Another delicacy, Narva lamprey, is mined near the Estonian town of Narva.

The annual gastronomic festival in Narva-Jõesuu is dedicated to this rare, but extremely tasty fish.

Modern Estonian cuisine is largely based on national gastronomic traditions, but it never ceases to amaze with new formats. Thus, over the past ten years, a country with a population of 1.3 million people presented the world with two unique uses of local products. This is the «Kitchen of the Northern Islands» and «Gastrohutor».

You can get acquainted with the first concept by going to Muhu Island in a restaurant Alexander (Pädaste manor) or visiting Tallinn residences of this format — restaurants Neh and Kaks kokka. Perhaps the most striking projects of the Gastrokhutor format — Ööbiku Gastronoomiatalu and Põhjaka mõis (60 and 100 km from Tallinn on Tartu highway, respectively).

Here are their apiaries, and domesticated wild boars, and garden towns with vegetables and fruits of the organic category.

Respect for the heritage and new technologies of cooking products give rise to unique and unforgettable tastes, textures and aromas.

It was in this sequence that the registration of the capital of European gastronomic fashion changed over the past twenty years. To date, the cuisine of Northern Europe has firmly taken the throne and continues to strengthen its position. The current Nordic trend is based on respect for nature, its historical past and His Majesty the Product.

Local restaurants have long had a recognizable character and incomparable handwriting.

Proof of this are the successful performances of the Estonian national team in the most prestigious professional competition — the international culinary art competition “Golden Bocuse” (Bocuse d’Or), held every two years in French Lyon.

Another good sign for Estonian chefs is the genuine interest and keen attention of emissaries of one of the most authoritative gastronomic guides of the world — the Red Guide Michelin, who marked four restaurants with stars in Finland’s Helsinki next to Tallinn.

Kama, Perhaps the most respected national product in Estonia. Kama is nothing like flour (oatmeal), consisting of pre-fried and mixed in equal shares of cereals of rye, oats and barley with the addition of crushed dried peas.

Traditionally, kama is mixed with cream, milk, yogurt or yogurt, following the example of known muesli.

Blood sausage «verived», or, as Estonians call it, “black pudding”.

The recipe necessarily contains purified and filtered through a fine sieve of bovine, calf or pig blood. As the shell used pig intestines. But the composition of the filling can vary.

Estonians argue that in the same shopping mall not to buy two identical sausages.

The composition of this dish includes pork, sauerkraut, pearl barley and caraway necessarily.

Most often it is prepared in the winter, during the Christmas and New Year holidays.

According to legend, he appeared in the XII century, when the alchemist living in Tallinn tried to invent the elixir of youth … In fact, the recipe was invented in 1962 by Jaan Siimo and Bernard Yurmo. It was then that Vana Tallinn found a dark chocolate color, a touch of Jamaican rum, a delicate citrus flavor, sweetness of cinnamon, vanilla and a pleasant burning sensation. 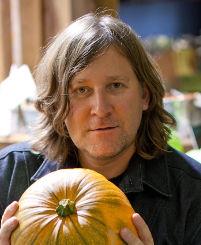 Estonian culinary trends and traditions studied and described for us Sergey Ivanov, founder and director of the Restaurant Initiatives Bureau.

And all the recipes are cooked 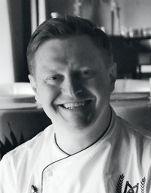