Many believe that the shiny black elderberry, which has a reputation as a magical plant, is inedible. However, they can be found and culinary use, they are especially good in jam and filling for pies 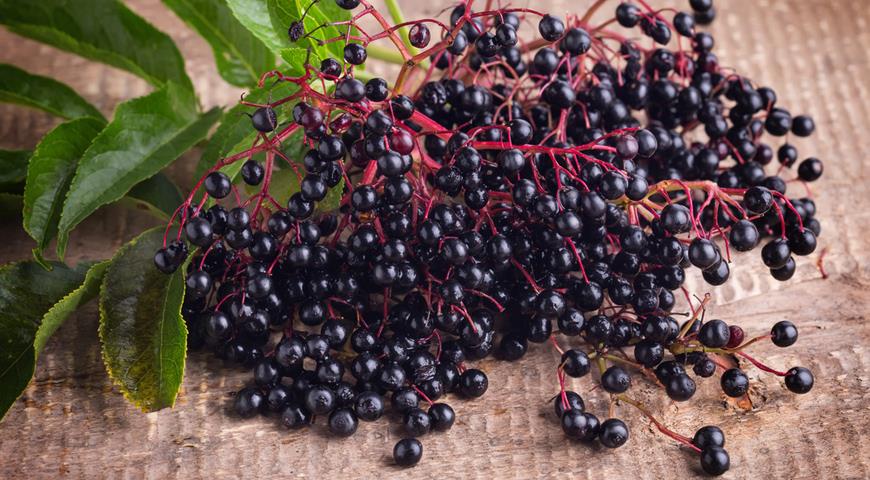 Many believe that shiny black elderberry inedible. Apparently, the “magic” glory of the elderberry is to blame for this delusion: in Europe, this plant symbolizes witchcraft; it is believed that the witch’s broomstick was made from it.

However, the berries of this shrub (Sambucus — A close relative of the honeysuckle) can be found and culinary use — they will go well both in jam, and in the filling for pies.

Moreover: in cooking, not only berries are used, but also flowers, and even elderberry shoots.

Black as well red elderberry are used in beekeeping as honey plants.

For therapeutic purposes use berries, bark, roots, young shoots and flowers of elderberry — both black and red.

In cooking red elderberry is not used due to unpleasant smell and taste.

The first one is distributed in Western Europe, Ukraine, Belarus, Moldova, the Mediterranean, North Africa, Iran, Turkey, Crimea, Transcaucasia, the second in Belarus, in the southern part of the European part of Russia, in Ukraine, the Caucasus, in Central Asia (Kopetdag mountains).

In culinary terms, these berries are almost identical (as well as their flowers and shoots).

Black elderberry They are added to sauces, they are made into jelly, juice, jam, jelly, marshmallow, and vinegar is drawn onto them.

In the Caucasus, an elderberry is used to make a filling for pies.

Fragrant elderberry flowers they are also used in cooking — jams are made from them, they are added to bennet (a French dough dish with various fillings, fried in deep fat), flavored tea, marmalade and vinegar.

Previously, villagers tore off the tops when spring came elderberry sprouts, cleaned them (so that only the tender heartworm remained) and was eaten as greenery.

Young elderberry sprouts prepared in this way can be cooked similarly to asparagus (i.e., tied into small “sheaves” and boiled, placed vertically in a saucepan, for 10-15 minutes in salted boiling water).

This is, by the way, an old French recipe. (Moelle de sureau).

Edible young elderberry shoots collected in the spring, while they are gentle — for example, in April.

The elder blossoms at the end of May — the beginning of June, and it is precisely in this time that its flowers are collected.

Black elderberry berries harvested in August-September, but sometimes — and after the first frosts (October).

Flowers and elderberry do not like moisture, so they are collected only in dry weather.

Elderberry berries are harvested only when fully ripe: they are cut in clusters and neatly placed in baskets.

Then the berries are sorted, rinsed with clean water, allowed to drain and separated from the stalks.

To prevent the hands from turning blue, it’s better to prepare the berries in gloves.

Then the berries can be dried or frozen for the winter.