Garden dill is an annual plant with an upright stem covered with a bluish bloom and reaching a height of 70–90 cm. 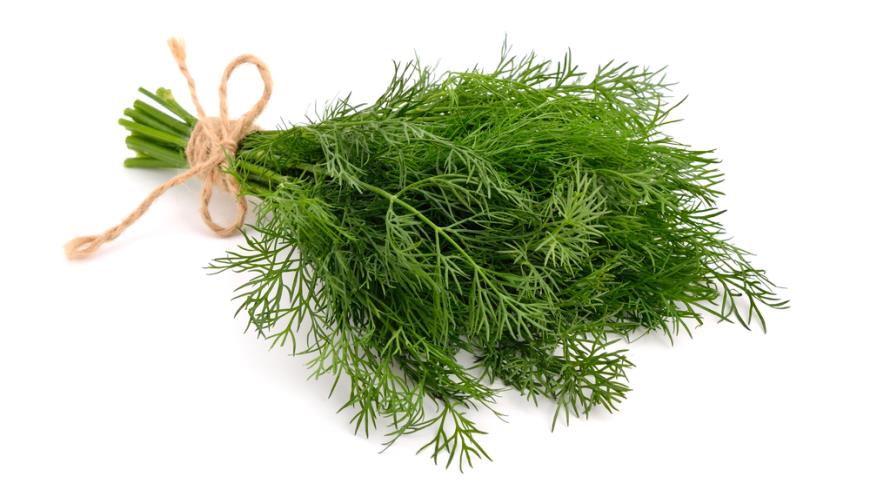 Garden dill is an annual plant with an upright stalk covered with a bluish bloom and reaching a height of 70–90 cm. The leaves are pinto-dissected, filiform. The plant blooms in June — July, the fruits ripen in July — August.

In wild form, the plant is found from the Mediterranean to Western Asia, in North Africa, in Iran, in the Himalayas.

As a cultivated vegetable, dill grows everywhere on all continents. Dill has a spicy refreshing taste and a pleasant aroma.

Dill are taken to the greens at a young age when the plant height does not exceed 20 cm.

When the dill blooms, its top turns into a so-called umbrella, in which, after flowering, hundreds of fragrant seeds are formed.

Thin stalk of dill can withstand, without breaking, strong wind.

The study of the structure of the stem revealed an amazingly reliable structure of mutually reinforcing fibers and an ideal arrangement of cells. Copying a similar structure in architecture would allow the construction of extraordinary ultra-high buildings.

A person cultivates dill for several millennia for the sake of its tender leaves and seeds with a pleasant, slightly aniseed aroma.

Moreover, this spicy grass comes from the Eastern coast of the Mediterranean Sea is surprisingly useful, because in the fresh leaves of dill there is vitamin C, carotene, B vitamins, potassium, calcium, iron, phosphorus.

The Russian word “dill” is most likely due to the fact that in Russia its leaves were usually very finely chopped and “sprinkled” (sprinkled) with a ready-made meal.

Strangely enough, but the seeds, leaves, stalks and inflorescences of dill in Europe began to be added to sauces, pickles, pickles and fermentation only after the 16th century.

Most likely, the prejudice was based on the side effects of dill — its large doses lower blood pressure, which can cause a hypotonic condition, manifested in the form of fainting, temporary visual impairment and general loss of strength.

All parts of the plant have a pleasant spicy aroma and a refreshing taste. The food is usually consumed young sprigs of dill with leaves.

The first thing that comes to mind at the mention of dill is boiled young potatoes, thickly sprinkled with finely chopped greens. However, dill is no less good in combination with cottage cheese or eggs, dairy dishes and beans. Dill is also appropriate in the fillings of pies and pancakes, perfectly emphasizes the taste of buckwheat porridge or stewed cabbage.

In Scandinavia, dill is widely used in the preparation of fish dishes.

As a rule, the already prepared food is seasoned with dill, because during prolonged heat treatment the aroma evaporates.

Dill umbrellas are also in demand.

They are used in pickling cucumbers, cooking marinades, flavoring vinegar.

Dill can be dried.

The resulting seasoning retains with proper storage of its aromatic properties for a long time.

In addition, finely chopped dill can be frozen in small portions or salted and used for culinary purposes throughout the winter.

Another use of dill — the preparation of strong alcoholic tinctures. Its branches are ground in a mortar and added to vodka.

Dill seeds are very fragrant, they can be added, after frying slightly in a dry frying pan, in sauces and marinades to fatty fish and some types of meat, especially lamb and game.

Only you need to be careful with the amount — it is a rather aggressive seasoning, the aroma of which can easily kill all the other ingredients of the dish.

Brewed with hot water and infused for 20 minutes. Fennel seeds — an excellent tool for the regulation of digestion (along with the infusion, of course).

Dill is popular in folk and traditional medicine: an infusion of leaves is recommended for hypertension, seeds and essential oil are widely prescribed as a sedative, carminative and antispasmodic. 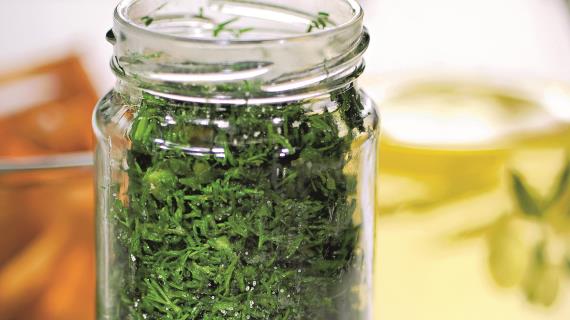 Dill is the most important spicy herb of Russian cuisine (while in many European cuisines it is.