George Stephenson (the one who invented the engine) invented the so-called «cucumber glass» — a glass-tube-cylinder, which he put on the fruits of cucumber, and they were straight and neat. 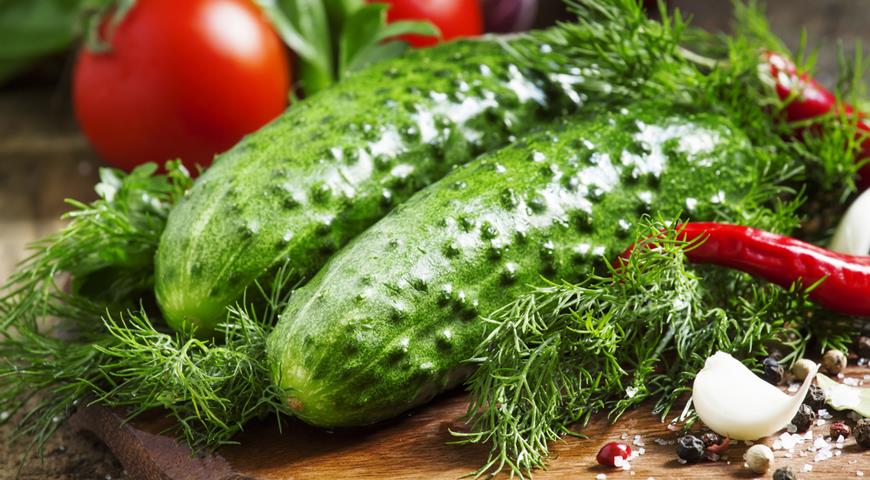 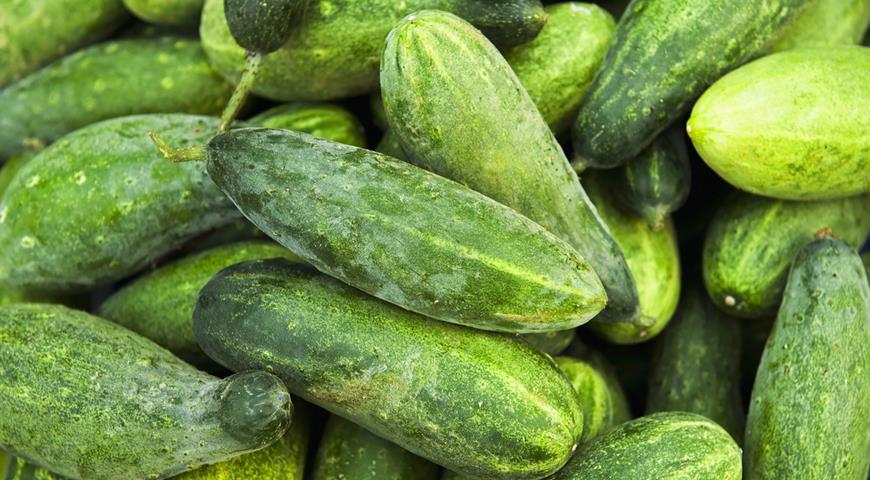 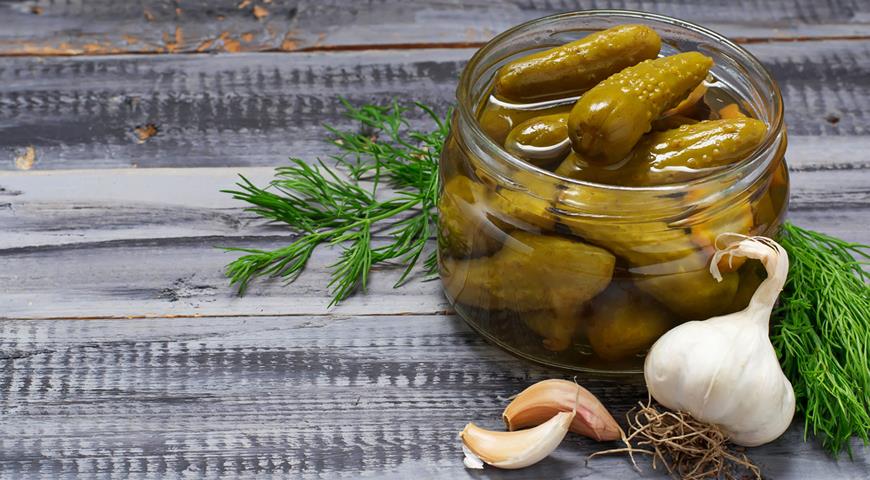 Cucumber is the lowest calorie and wateriest of vegetables, because it is 96% water. Cultural cucumbers appeared in the hot countries of the East — India and China — more than 6 thousand years ago. And in Europe, this vegetable appeared thanks to the British, who brought cucumber seeds from the West Indies.

Interestingly, the famous inventor George Stephenson (who invented the engine) invented the so-called «cucumber glass» — a glass-tube-cylinder, which he wore on the fruit, and they were straight and neat.

Cucumber is not only tasty and healthy, it is used to care for oily skin.

Grind in a blender half a cucumber without peel and seed; mix with 45 ml of natural yogurt; apply on face and neck for 15 minutes, rinse with cool water.

In appearance, cucumber varieties can be very different from each other: they are short and long, rounded and elongated, smooth and warty, and there are lemon cucumber, which is tasty just when it turns yellow (other varieties are eaten green and crispy).

Some varieties are more suitable for salads and soups, others, small in size, for salting.

Among the latter are old ones that have already become legendary. Murom, Nezhin, Vyaznik cucumbers.

There are even cucumber cities- “appellations”, which have long been famous for their traditions of cultivation and culinary processing of cucumbers, — Lukhovitsy and Istobensk in Russia, Nezhin in Ukraine (the Nezhin cucumbers were once supplied to the imperial table), Znojmo in the Czech Republic. In Nizhyn and Istobensk unique local varieties are valued.

We add that in Lukhovitsy, Istobinsk and Nizhyn there are funny monuments to a cucumber, and in Suzdal and Istobinsk in the middle of July there are annually celebrated cucumber holidays.

Cucumbers traditionally go to salads, as well as pickled and salted.

Fried cucumbers very similar to fried zucchini, but they are more sour.

The main ground cucumber season in Russia lasts from June to August-September.

If you do not grow cucumbers yourself, then it is at this time that you should go to the market for cucumbers.

In stores, greenhouse cucumbers are available year round.

Fresh good cucumber — elastic and strong, when pressing it does not remain dents, and the vegetable is not deformed. In the area of ​​the stem, it must be firm, and its pimples must be dense (if they break or are soft to the touch, the cucumber may be overwhelming or lying too long on the counter)

The peel of cucumbers can be almost smooth, with pimples or with «thorns». It is believed that cucumbers with pimples and dark thorns on them are ideal for canning.

Such vegetables will be crispy and fairly hard.

If the spikes are white, the cucumbers will practically not crackle — either fresh or after salting.

For canning it is better to choose cucumbers with green peel and small size.

In the shops you can also see yellow and white cucumbers, in shape they more resemble zucchini.

Yellow cucumbers before eating or salting soaked in water because of the bitter taste. 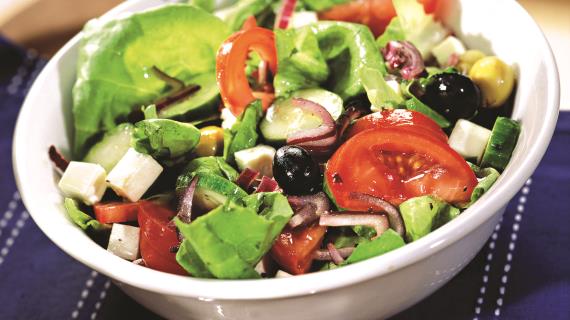 What could be simpler than a salad of cucumbers? These are very simple recipes, but variants of cucumber salad. 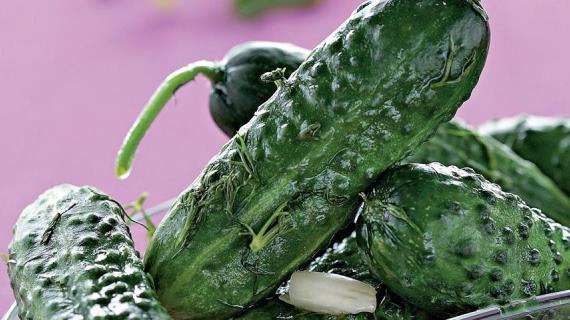 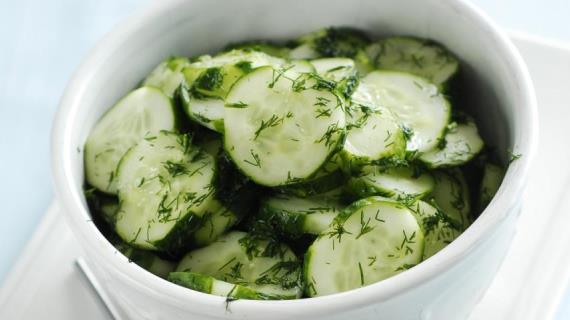 Cucumber is the lowest calorie and wateriest of vegetables, because it is 96% water. . 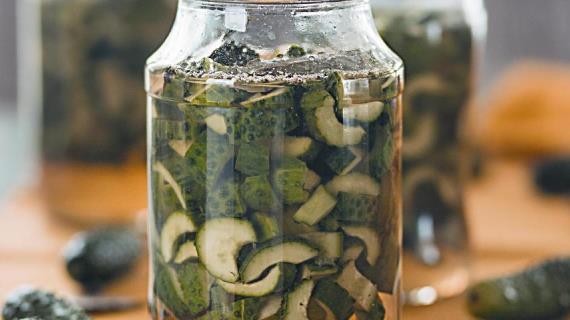 Pickled cucumbers are not the same as pickles. The principles of processing, a set of spices and. 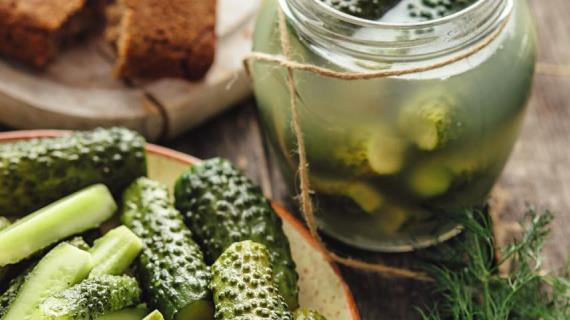