Croatian cuisine: we must take!

Finding truly Croatian dishes in Croatian restaurants and taverns is not an easy task.

But if you come across meat under a lid — wandering or mareshtra — do not hesitate: we must take it. 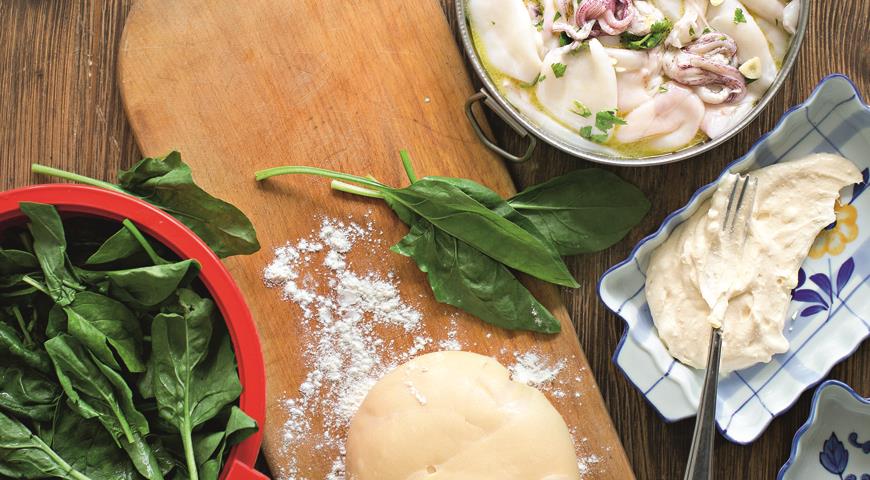 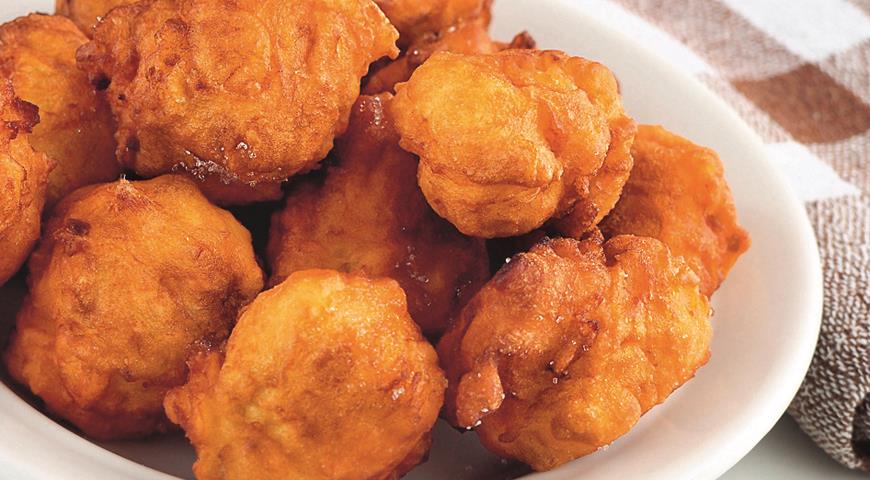 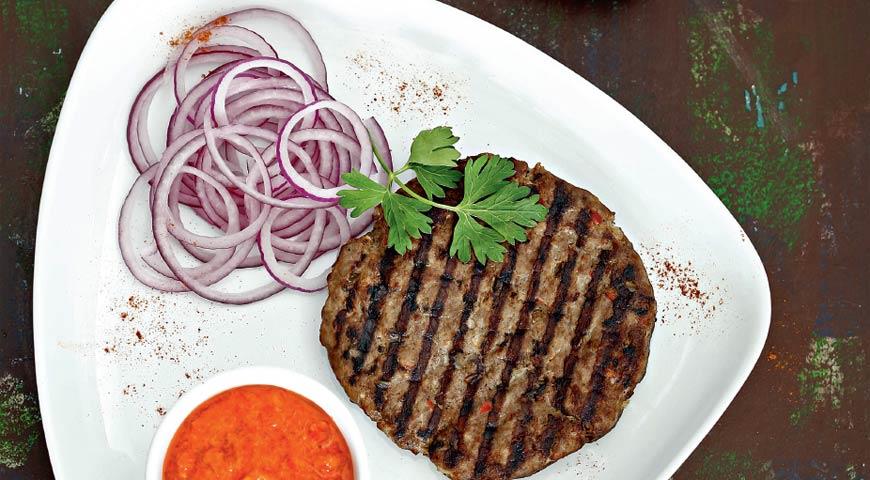 If you come to Croatia as a tourist, it seems that everything is quite clear with the cuisine of this country: here they are, pleskavitsy and kebabchichi, and to them seasoning from baked sweet pepper — aivara. At every corner you can eat rolls of the finest unleavened dough stuffed with meat or cheese — Bureka. The menu of any coastal restaurant offers risotto or pasta with seafood.

But in all the tourist variety of food to find purely Croatian dishes is not so easy, so much the influence of neighbors.

There is no surprise: the periods of dependence were too long in the history of this country.

Once, in the narrow street of the seaside Rovinj, I was struck by an angry announcement at the door of the restaurant: “We do not have Mediterranean food!” Because Croatia is not only the endless Adriatic coast with a thousand green islands and hundreds of fish species, but also “beyond the ridge” , north of Zagreb, Zagorje.

And adjacent to Serbia Slavonia, and the fertile lowland of the Neretva River with the famous tangerine gardens.

The cuisine there is not sea, but quite “earthly”: with meat, dairy products, an abundance of dough products and distillates from all possible fruits.

There is a dish in Croatia that is, in my opinion, quite outstanding — «meat under the lid«(meso pod pekom or meso pod čripnje).

If you see such a phrase in me-nude, order without hesitation!

For the preparation of this dish you need special dishes — actually pitch or wheezing. This is such a cast-iron pan with a diameter of at least 30 cm with vertical walls five centimeters high.

And it closes the cast-iron rounded dome … weight imagine? In local taverns — konobah, — specializing in the preparation of this dish, special blocks are installed to lift the dome cover.

In the domestic versions of the pot in the dome there is a special small hole with a lid, so that you can look inside during cooking.

So, large pieces of meat — beef, veal, lamb, and possibly mixed in, with or without a bone, but rather fat, with cartilage, connecting films, which become juicy and soft due to long languor, fit into the frying pan.

A lot of chopped onions, potatoes, sometimes tomatoes, sweet and hot peppers, and garlic are added to the meat.

Everything is seasoned with salt and pepper, fresh rosemary, marjoram or oregano. They can splash olive oil and wine or, at worst, water, but not necessarily. The frying pan is installed on hot coals and is closed by that very heavy lid.

Coals are poured on the lid too, and a painful wait begins: the meat is cooked for two or three hours, and we wait, practically inactive.

You can once, around the middle of cooking, carefully remove the small lid from the dome and mix with a wooden spoon on a long handle.

After an agonizing wait, we get a completely extraordinary, soft, tender, falling down from the seed meat with a fragrant garnish.

I strongly recommend to find a conobu where they cook “under pitch”, and be sure to have lunch there.

In coastal areas, so not only meat is cooked, but also octopus.

And this is a separate pleasure, for which it makes sense to hunt.

Do not be surprised if you are offered to come tomorrow: the dish is most often made to order.

Ask a coastal resident to name a significant sea dish, and you will probably hear “wanders» (brodet). Of course, you will certainly want to try it, and, having found it in the me-nude of the nearest restaurant, you decide to order it.

But it was not there! There is always wandering in the menu, but actually finding it will not be easy at all.

There is a way out, however: just ask the boss what day and time you can come to wander, and then don’t miss your chance!

Rove — fish soup is so thick and saturated that you can almost take it stew.

If you come to the market or to the fish shop, you will always see a bunch of different small fish: sunflower, sea ruff, undead dorads, and sea eel cut into pieces, and the price tag will say: brodet. Yes, it is from such an assorted fish trifle that the basis of this dish is prepared — with onions, tomatoes, garlic, fennel and parsley unchanged.

And then added to it and scampies, and fillets of noble fish — monkfish, cuban (sea carp).

One of my friend, the chef, assured that he was using only a noble fish “and no trifles!” For another, the other scoffed him — they say, from a small sea fish the most taste and fat, and everything else is needed only for beauty. “And to justify the price,” I thought to myself.

Anyway, wandering around — the dish is not cheap, cooking it is troublesome, and storing it in the fridge and warming it up to order is not comme il faut.

Therefore, you will meet him in restaurants infrequently, but if you meet him — you need to take it.

Despite the name consonant with the famous Italian vegetable soup, the Croatian manestra is a very special dish.

There is neither a “riot of colors”, nor a “game of tastes and textures”, nor a hint of elegance.

And there is a richness and simple satiety, very relevant at the end of the velvet season.

They are especially proud of their Istrati maneshtras — they even made a list of the top ten. Tops this list
fresh corn chowder.

The grains are cut off the cob with a knife, the remnants are scraped with a spoon. Cob in which,
it would seem that nothing was left anyway, it was still boiled, making the soup thick and slightly starchy.

Another variant of the corn manishtra involves the use of dry corn ground with millstones or crushed in a mortar.

Of course, today they use corn flour of industrial production, but experts say that the taste of such stew is not at all the same.

Chick peas, pearl barley or wheat, beans — without any of these products manestra is not complete. Legumes also complement sour turnips, which are sold all year round in Croatia, and fresh or sauerkraut, and finely chopped fennel greens.

Add to this the abundance of meat products — brisket, smoked pork knuckle, ribs, sausages — and it will become clear why the main criterion for evaluating this manishtra is simple and very close to us: “The spoon should stand.

Once we had a friendly dinner, the main and practically the only dish was the Istrian manestra. The master of the house, Mario Istrianin, prepared her like this. In a huge saucepan, he boiled a piece of beef, pork knuckle and ribs, adding only onions, carrots and the omnipresent bay leaf.

Then part of the broth was cast in two smaller pans. One was added beans, the second — sauerkraut, the third — potatoes and sausages.

He took the meat, cut it in pieces and served it separately, along with three pots with manehtram for every taste.

Well, nothing prevented to make any combination of the proposed options on my plate.

And how delicious and familiar!

A rare festive feast in Croatia will do without pies made from sheet dough — the local counterpart of Greek filo or Turkish skirt. Snails-bureks, Gibanits pies with meat, cheese and apples can be bought at any bakery or street cafe.

You do not need to be a connoisseur of history to see the Balkan, if not Ottoman, trace in this pastry.

But there is one kind of layered cake that Croats consider to be a national dish: the so-called Mezhimurskaya Gibanitsa (međimurska gibanica). It seems that the hostess could not decide with what filling to bake the cake, and took a bit of everything. Or maybe she did not have enough cottage cheese or poppy for the filling and she added nuts and apples to her?

It doesn’t matter how it was, but it turned out to be a cake in which four fillings — apple, poppy, nut and cottage cheese — are so harmoniously combined that they simply cannot believe in the accident of their union.

Self-respecting housewives knead and stretch the dough for the Giban with their own hands, although you can easily buy ready-made dough plates in the store. The composition is simple: flour, water, salt, a pair of eggs for elasticity and a little butter for elasticity. Four fillings are prepared separately and are placed between the sheets of dough in a certain sequence.

First, apples, sliced ​​and mixed with sugar and bread crumbs. The second layer is the filling of boiled poppy in milk mixed with raisins, then ground walnuts with milk and honey.

Completes the design of the filling of fat cottage cheese, whipped with butter and flavored with vanilla sugar.

This cake can be considered a symbol of culinary influence of the neighbors, combining Viennese apple strudel, Hungarian rolls with poppy seeds, Turkish baklava and Serbian Gibanitsa with fresh cheese.

2019-09-17
admin
Предыдущий Croatia — what to see, what to try
Следующий Croatian bowler