In the town Vesegonsk (Tver region) was held Cranberry festival — a large-scale event dedicated to the opening of the season of collecting the famous northern berries and the centuries-old traditions of berry winemaking in Russia. 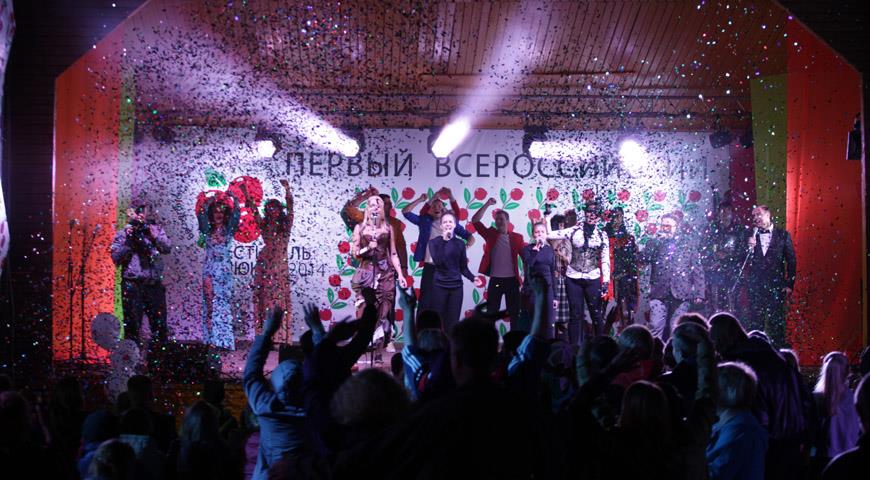 In the town Vesegonsk (Tver region) was held Cranberry festival — a large-scale event dedicated to the opening of the season of collecting the famous northern berries and the centuries-old traditions of berry winemaking in Russia.

The cranberry festival continues the traditions of the famous Vesegonsk fairs, whose history dates back to the XVI century.

Its main goal is to attract the attention of the general public to the tourist potential of small cities, as well as the development of ecological and wine-gastronomic tourism in the regions of Russia.

The festival was held in the year of the 100th anniversary of the Vesyegonsk winery — one of the oldest enterprises in Russia, which today successfully revives the centuries-old traditions of berry winemaking.

The official part of the festival program was held on the territory of the Vesyegonsk winery with the participation of the company’s management, representatives of the regional administration, Rostourism and the tourism industry, as well as numerous guests and journalists.

The festival opened with a tour of the plant for representatives of the tourist industry and the press, and then it will continue the largest open-air tasting of berry wines in history. After the speeches of the officials, the veterans of the plant were honored, and a unique cranberry monument. In the future, everyone who wants can take part in the design of the monument, and the best project will be selected based on the results of the competition.

The monument itself is planned to solemnly open on Cranberry festival next year.

Various events in the city park were organized for guests of the festival and city residents, including a children’s music and entertainment program, performances by folk groups from all over Russia, fashion shows on berry themes from the fashion studio. Semondar, as well as a concert, theater and show program. In the city park for everyone there was a playground, playgrounds for sports competitions and master classes, where you could get acquainted with both the ancient crafts and the newest art trends. So that the guests could briefly immerse themselves in the history of Vseyegonsk and the atmosphere of ancient Russia, they were addressed by members of the Citadel historical fencing and reconstruction club from Vidnoe.

Those interested were able to learn fencing with swords, throwing a spear, an ax and archery.

The festival ended with an unforgettable firework, which was organized with the onset of darkness on the water surface of the Rybinsk reservoir.

A round table was organized on the territory of the Port Vessegonsk yacht club for representatives of the tourist industry within the framework of the All-Russian project “Real Russia”.

The evening events on the main stage ended in the restaurant of the yacht club with a concert program with a fire show, a parade of drummers, as well as performances by musical groups from Moscow.

Cranberry festival From now on, it will become one of the annual events aimed at increasing the popularity of Vesyegonsk among fans of wine-gastronomic tourism.

This direction, which allows travelers to get acquainted with the culinary and wine-making traditions of various regions, has a long history in Europe, but is almost unknown in Russia.

2019-09-10
admin
Предыдущий Festival — Golden Autumn: we must take!
Следующий What is the compatibility in the Gemini-Libra union?