Ilya Resnick writes not only poems, which then become popular songs, but also culinary sonnets, which can be used as recipes.

One of these poetic recipes maestro shared with us. 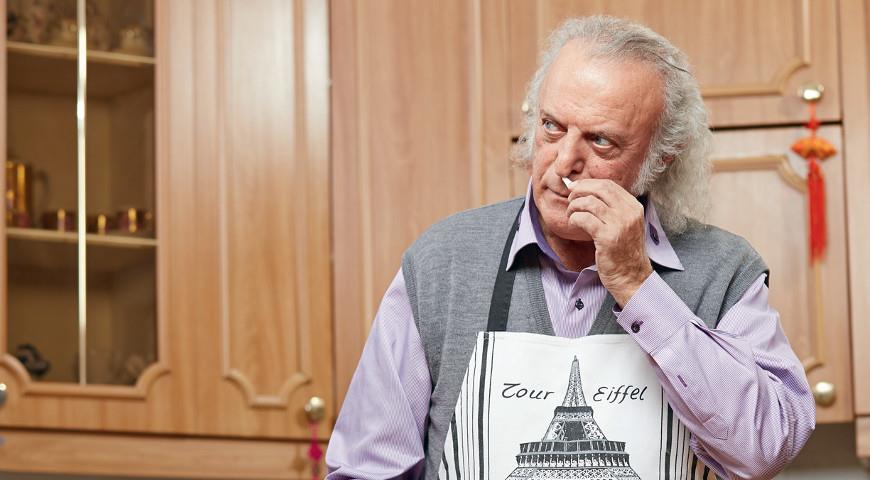 — Ilya Rakhmilevich, gluttony — is it a sin?
— Food is the foundation of our life.

It must be durable.

We love to eat well and are a little bit afraid of people who say they are on a diet. Like, we will not have lunch, only tea. We even have employees … by some coincidence, those who ate poorly, either left, or we dismissed them.

In general, somehow did not develop.

Not for nothing in the good old days, before taking the worker, they put him at the table and watched him eat.

Because it will work this way later.

— But, for example, Alla Pugacheva works fine, it means …

— That’s it! There was such a case: we arrived with Alla in Baku.

Before the performance, of course, is harmful. But, but afterwards you only think: “Well, what, where are we going?

Where is the food? ”And there was competition — on the one hand, we were invited by friends from the oil business, on the other, Muslim Magomayev was invited with the intelligentsia. The “oilmen” treated us to golden fish, and they called it that. It was worth it. With Muslim we went to his friends, in one house they served a magnificent lula kebab, in the other — delicious eggplants, indigenous people of Baku called them demyanki.

Every day, Magomayev stopped by, we drove to the beach, set the table right in the sea and ate those same demyanki.

It was incredibly tasty!

— What can I say, they are able to receive guests in the Caucasus …

— You are absolutely right! I once sat alone in the restaurant “National”, and at the next table Georgians are also lonely. He comes up to me and says, they say, I recognized you and I want to talk to you.

He told that his daughter is getting married and invited to the wedding. Well, I say, let’s address. So we unexpectedly took a walk at the Georgian wedding — I am for the company of Andrei Militonovich Balanchivadze, the younger brother of George Balanchine, and Vakhtang Kikabidze with us took it.

We and another man are three hundred.

For me, the period of Georgian feasts is the brightest.

— Of course, with wine! And not only. At the time of the anti-alcohol campaign, a tea festival was held at the Aragvi restaurant.

We came there with the composer Otar Tevdoradze.

He wrote for Tamara Gverdtsiteli the song «Edith Piaf», which made her famous.

By the way, after her performance, Tamara received a five-year contract in Paris.

So in “Aragvi” everything was divinely delicious, but tea was served in large jugs filled with cognac.

It was such a special secret tea. And then I wrote an improvisation: “Everything, the choice has been made, full stop, it has been decided — I’m holding on to Georgian strong. tea, well, and then take up the «Salkhino.»

And three Georgian poets after me refused to speak.

— You wrote a whole cycle of gastronomic sonnets …

— I had a period when I wrote down my culinary associations — 35 sonnets about a chop, about spaghetti, about kharcho and sandwiches, about cucumbers and rolls, about Viennese schnitzel and “Bloody Mary”.

And today, I specifically wrote for the readers of «Gastronom» one more, about potato pancakes.

There is a recipe for cooking.

Draniki are my favorite dish. Well, or one of the most beloved.

And writing about what you love is always easy and pleasant. 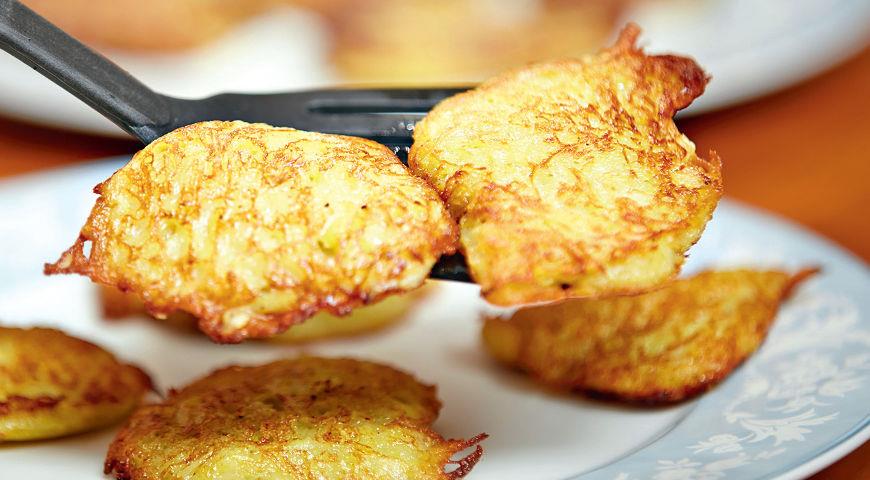 Learn Watch me sharply —
Potato brushing. Through the grinder
I rub him. Soltsy a little bit
Egg, and flour two spoons.

That’s the same, mate.
They are not the sound of a flute.
And do not compare with them, by the way,
Potatoes "free" and "big sweat".

This is the law of the edible sciences —
What you eat, you eat, my friend.