You can be almost sure if someone heard the name of the ancient god Quetzalcoatl, he also knows the legend of chocolate, as well as the story of how the Emperor Montezuma literally drank this even then unpleasant drink.

It is much more interesting to consider the current state of affairs. Let’s talk about the use of chocolate in cooking and remember the dishes with chocolate 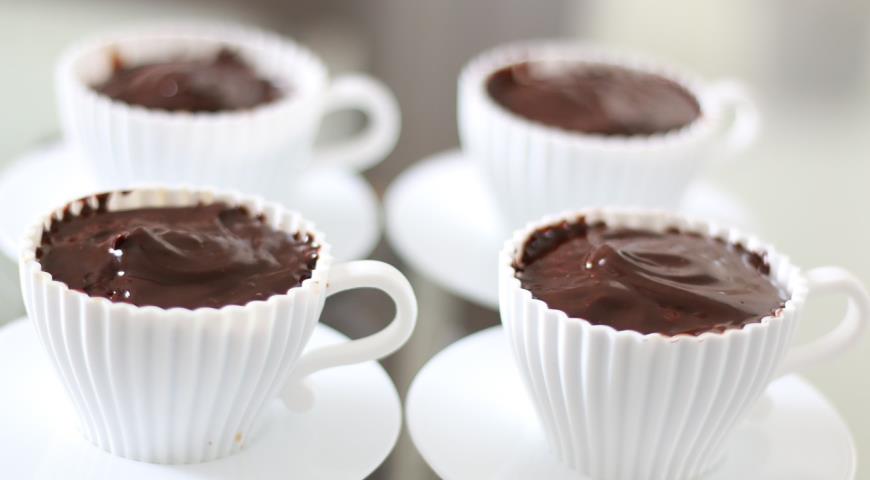 Both Europe and America each have their own opinion about chocolate. In Europe, Swiss and Belgian chocolates are considered good. It is made from properly fermented, and then properly cooked cocoa beans.

And regardless of whether milk is chocolate, bitter or white, its taste is expressive and deep.

In the view of Americans, mainly Hispanics, chocolate should be somewhat sour. Therefore, they use poorly fermented or not fermented cocoa beans.

In addition, Hispanic chocolate has a coarse texture and a faint odor. In Switzerland, the manufacturer of such a product, perhaps, would have lost the license.

If it had not been ruined before.

Obviously, such a difference in approaches is dictated by a different attitude towards fermentation; it would be nice to understand what it is, fermentation, such. From a chemical point of view, this process is rather complicated.

But with the technology — is simple. The beans are put in a deep hole and covered with banana leaves, and then they watch that some monkeys don’t plunder everything. The rest is made by the climatic conditions of Côte d’Ivoire, Ghana, Colombia, Mexico, or another cocoa growing country.

The fact that Americans love chocolate from poorly processed beans, no evil intent.

This is their taste.

The European approach to chocolate is nevertheless closer to us. This has been the case since the days of Soviet power, when high-quality, perfectly fermented and prepared beans were bought for chocolate production.

This, in fact, served as the basis for the legend that our chocolate is the best in the world.

And the legends are because these beans were further processed fairly moderately — the machinery let them down.

Europeans, meanwhile, with all their sophisticated European approach, cannot imagine the whole diversity of Mexican sauces.

And it is directly related to chocolate. Because Mexicans use chocolate in cooking as often as French butter.

Their main achievement in this area is the sauce. «Mole poblano». Recipes for this sauce a lot.

The simplest are rather surprising — what is the point of mixing cocoa, broth and a large amount of hot pepper?

But the more complex, classic — are good without any discounts on exotic.

Some chefs argue that a good «mole of love» can only be cooked in Mexico. Rather, the more attention you pay to finding the right ingredients, the better off you will be.

For example, each of the recommended varieties of dried chilli adds its own shade to the sauce. Pepper ancho, representing dried poblano — perhaps the most famous in the world of chili — has a salty taste with fruity, sweet notes. Pepper Mulato It is very similar to ancho, but its taste is richer and almost literally resembles chocolate.

He — and the most burning of these.

Just as carefully you have to approach the choice of chocolate for «mole of the bath.» Best of all, of course, to take Mexican. It is sold in the form of round such large pills, divided for ease of use into sectors.

Such chocolate does not look the best — the color is rather inexpressive, the texture is coarse.

Its composition is also unpretentious — many cocoa, sugar, lecithin and cinnamon.

The best manufacturers are Ibarra and Abuelita.

Many experts also recommend using good, full-bodied cocoa powder without sugar. What does saturated mean? Well, for example, the once-popular Golden Label has a cocoa content of 12%.

So, you need at least twice as high.

In order to thicken the sauce, they also add tortillas to it.

Mole poblano is being prepared in four stages. First, grind peanuts, seeds, and spices in a mortar (or in a conventional food processor).

Then the same is done with peppers soaked in warm water, raisins, and all other vegetables and tortillas.

Then combine these two masses, spread on a preheated pan with vegetable oil and fry. Then they put it in a saucepan, diluted with broth, chicken or turkey, add chocolate and a little salt, and stew until the sauce gets the consistency of sour cream.

On this cooking the sauce itself can be considered complete.

It is enough to put in it pieces of poultry — chicken or turkey — and boil for about ten minutes. 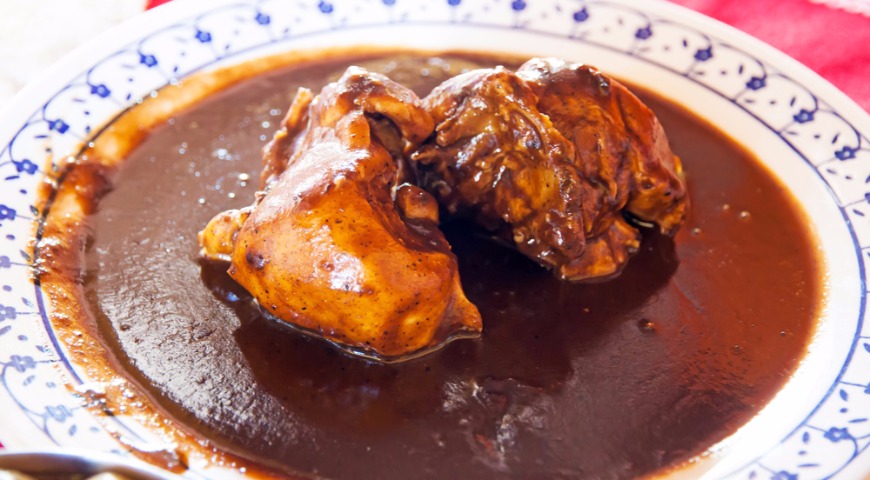 The variability of the “mole of the poblano” is inexhaustible.

In some recipes, some of the peanuts are replaced with almonds, wild birds are added to the turkey, in addition to dried spices, oregano is also used.

Recently, a new trend has emerged on the global chocolate market. The production of the so-called chocolat d’origine began. And for such chocolate the most important is the place of origin.

Many companies, both large and not very large, are already engaged in its release and promotion to the market.

For example, Barry callebaut and Lindt&Sprungli, because their products are available in Russia.

Have Barry callebaut — as the big tiles which are made especially for chocolate workshops.

They are wrapped not in plastic and not in foil, but in a very thin film of mica, since it does not transmit ultraviolet rays.

As a thing for professionals, in one word. Produced by Lindt & Sprungli chocolate brand Excellence Available in long and thin tiles.

Apparently, in this way the achievements of molecular culinary, so popular lately, were taken into account — chocolate is melting on the tongue and does not leave an excessive aftertaste.

It should be noted that with a greater thickness of the tile there would be difficult dark chocolate of this brand, since the content of cocoa in it is extremely high — 75% and even 80%.

If you are lucky enough to buy pure cocoa butter, use it for its intended purpose.

They fry scallops or foie gras in this oil. Moreover, not even a single steak loses from it.

Perhaps even the usual breakfast cereal.

There are two main types of cocoa beans.

Beans criollo are slightly colored and have a mild nutty flavor.

Beans forastero dark brown, with a strong odor, slightly bitter and have a higher fat content.

It is forastero that make up the bulk of the world harvest, because they are better able to withstand climate troubles. Different varieties of chocolate are obtained by mixing these two types in different proportions.

But nevertheless, should take into account the place of growth.