For food and pickling, we usually pick cucumbers by touch. For some reason, we prefer strong cucumbers and pimples — they seem to us the most dear, grandmothers.

However, experienced culinary specialists have their own rules for choosing cucumbers, and they are different for different purposes. 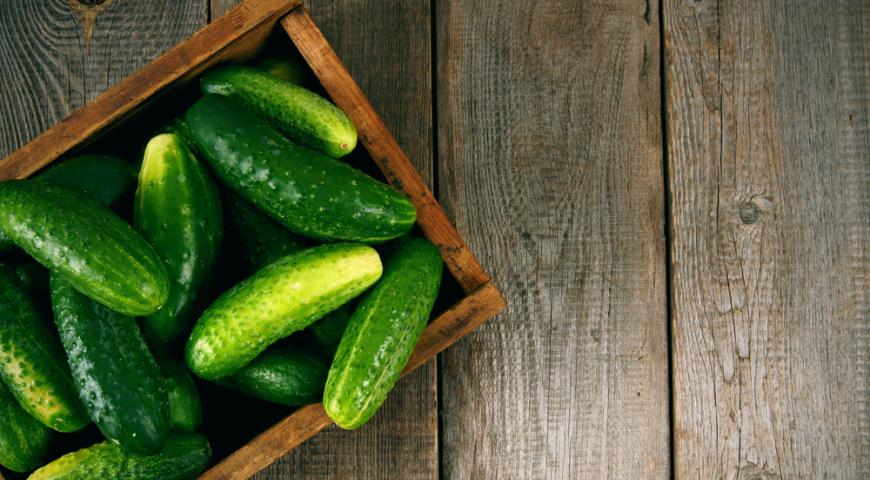 According to popular belief, seasonal cucumbers from private owners are always “ground«,»environmentally friendly«, And industrial -«chemical«.

In fact, rather the opposite.

Mass production of cucumbers in Russia has now been delivered in the following way: in the winter, in the industrial greenhouses, mainly bee pollinated hybrids of the classRelay-OlympiadWhich better tolerate a lack of sun.

In each room there are families of bees or bumblebees (their breeding for greenhouses — the whole industry).

On the application of «chemistry, Dangerous to pollinators, there can be no question.

They are self-bearing, and pollination is undesirable for them: the fruits become pear-shaped.

But those and other cucumbers are safe — quarantine measures and high technologies protect them from diseases and pests.

But in the purity of cucumbers from the grandfather’s greenhouse you can be sure only if it is your summer cottage and your greenhouse.

Growing your own cucumbers without chemistry is not easy.

Conclusion: for any billet it is necessary to select cucumbers of the same type and one size — then they will sprinkle evenly or ferment.

For fresh food and for salted blanks with a small amount of spices need the most delicate and fragrant fruit.

Peel type, or «shirts«, not important.

The main thing that she was thin, quickly missed the brine and did not get stuck between the teeth.

Lightly press the nail on the peel — and thin skin cucumber there is a dark mark. The fruit must be heavy, elastic and cool to the touch.

Under the lukewarm sandpaper, most likely, there is a dry and flabby, ripening pulp.

Cucumbers with excellent taste often have longitudinal white stripes — hybrids with such coloring are popular mainly in Russia.

They are bred by our breeders for the domestic market: with «short shipments»The keeping quality of fruits is not very important, the main thing is taste and aroma.

TO pickling cucumbers the requirements are the highest. It is important that the fruits have enough sugar for complete fermentation, which means that they must be in the optimum stage of ripeness.

Overgrown will be mild due to insufficient lactic acid formation.

According to GOST for industrial canning, short-fruited cucumbers with a diameter of up to 5.5 cm and a length of up to 11 cm are considered first-class.

Cucumbers group II can have a length of up to 14 cm.

If you like cucumbers smaller, you can pickle gherkins 5–9 cm long, but reduce the concentration of brine for them (40–50 g of salt per 1 l of water versus 50–70 g for ordinary cucumbers).

It is easier to determine the optimal stage of ripeness for cucumbers. with black spikes on large tubercles: outgrowing, they quickly turn yellow and signal that they are no longer suitable for pickling.

But those with white spikes, for a long time can maintain a deceptively decent appearance.

Traditionally the best pickled cucumber is considered to be the owner of pimply «russian shirt«: at the bumpy surface there is more contact area with brine.

But this nuance is more important for quick salting, and with the usual method any fruit will have time to soak in salt and aroma of spices.

Have pickled cucumber own taste almost does not remain — it is replaced by the taste and aroma of spices.

Therefore, pickling cucumbers are chosen not according to taste, but in size: from 3 to 11 cm in length.

It is important that the seeds are underdeveloped, watery, without peel — then the pulp of canned cucumber will be crisp and dense, without voids. Smooth cucumbers are not very suitable because of the delicate skin: it is less resistant to heat treatment.

The classic pickling option is cucumber in «german shirt«, but many people prefer big-knobby — this is a matter of taste.

It is believed that later picking cucumbers are marinated with higher quality — they are drier and denser.

Smooth shirt — probably does not require clarification.
The Russian shirt is a skin with large, relatively rarely located tubercles.
The German shirt, or mouse skin, is rough, with many small tubercles skin.