Store founder Cheese sommelier Alexander Krupetskov He told us about the best Russian farm cheeses, about why Russia cannot yet have its own Parmesan cheese and about the formula of good cheese. 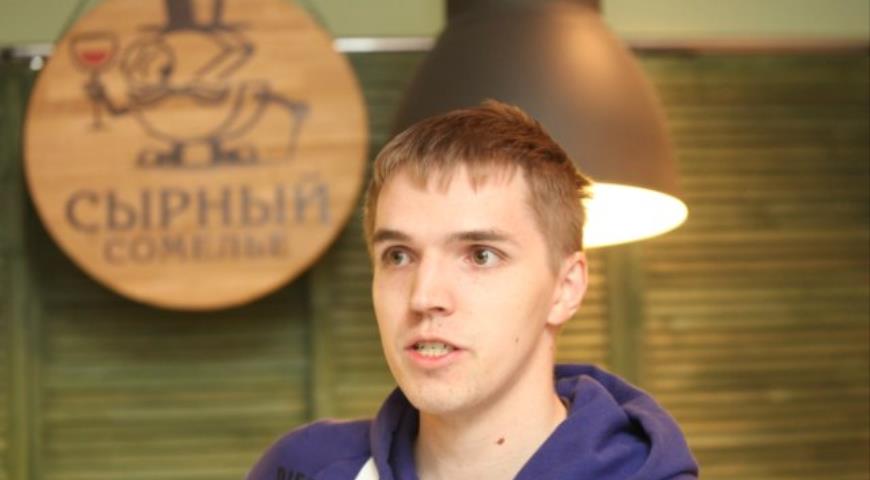 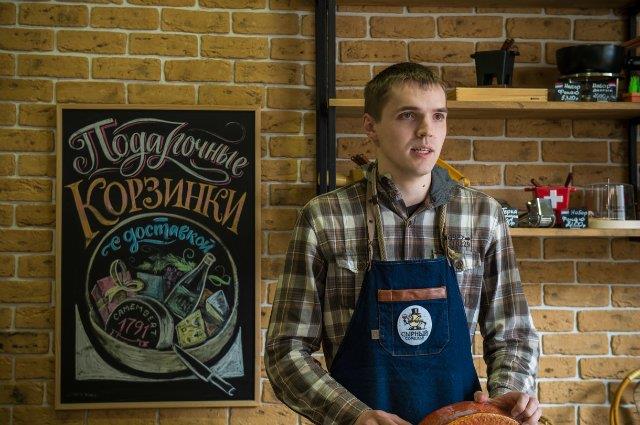 Alexander Krupetskov Cheese loves for a long time. When I didn’t find a serious specialist in our country who was ready to tell clearly and distinctly about the types of cheeses, their combination with other foods and drinks, he began to study the subject himself.

A month before the embargo was opened, the store opened Cheese sommelier, so immediately had to look for new suppliers.

Thus, cheeses from Uruguay, Argentina, Tunisia, Morocco, and Serbia appeared in the store.

Uruguayans, by the way, make cheese using Swiss technology, and, according to Alexander, they have decent semi-solid and solid varieties — including Parmesan.

Two years ago, a cheesy sommelier admitted to us that he had not found anything interesting among Russian cheeses.

Today the situation has changed.

"In Soviet times, the quality of cheeses was controlled more strictly, but in taste they differed little from modern ones.

In the USSR, there was no task to produce tasty cheeses, the main thing was to organize mass production so that there was enough cheese for everyone.

In my opinion, before the embargo, Belarusian and Ukrainian cheeses were better than Russian ones.

They have cheaper good milk, labor, and the culture of cheese making is better developed.

But now, alas, the quality of these cheeses is also far from ideal.

The embargo devastated the store shelves, they needed to be quickly filled with something.

As a result, the niche was occupied not by those who produced high-quality cheese, but who quickly oriented themselves in the new conditions and offered their inexpensive goods to supermarkets.

Appeared many cheeses with palm oil, from milk powder.

I personally did not come across good domestic industrial cheeses. These are mostly sandwiches with no special character. Well, except that the plant Lukas m in the republic Mari El Republic makes wonderful goat and sheep cheeses.

Their cows are also quite good, but they are not yet up to the European level.

Russian manufacturers often use the power of world-famous brands to sell things under the guise of Parmesan and Camembert.

An exception — Camembert Lefkadii — not masterpieces, but quite worthy.

They can be stored for a long time, they have a uniform consistency.

There is a simple formula that proves that a kilogram of high-quality cheese is cheaper than 600 rubles in a supermarket can not under any circumstances. The production of 1 kilogram of cheese takes on average 10 liters of milk of a certain quality.

Milk required somatic (special ratio of fat, protein, etc.) costs 40-50 rubles per liter. Only the cost of raw materials in one kg of cheese will be 500 rubles.

And this is without taking into account production costs, transportation and storage. It turns out that in a store such cheese should cost at least 600 rubles. If it is cheaper, it means that it is from low-quality milk, or even from dry milk with additives of palm grazing.

Palm oil corrects the lack of milk fat in low-quality or restored from powder milk.

ABOUTit is almost impossible to limit the presence of palm oil in cheese. In appearance and taste, it is impossible to make it, and all home-grown methods, such as frying cheese or rubbing it between fingers, do not always work.

The correct picture is given only by chemical tests.

But you can recognize the cheese made in violation of technology in the store.

If you see pieces of cheese with beveled rounded edges, and the cut line is uneven, it means that either the cheese ripened at an elevated temperature using accelerated methods or melted.

In short, something is wrong with him.

Chanakh, Suluguni — Russian Caucasian cheeses, which we can be proud of. Very decent options are found.

These are exactly the cheeses that can and should be eaten.

Recently, there are many good cheeses from small producers. These are young cheeses, that is, those that ripen a month or less — camembert, brie, mozzarella, ricotta, cachotta, scamor.

But we will not have high-quality hard, aged cheeses for a long time. Theoretically, you can start making them now, but most cheese makers frankly admit that there is no point in freezing money for three years (hard cheese ripens so long) to put money into a long-term product.

You put Parmesan into the cellar, not the fact that it will be needed in three years.

And for fast cheeses, the turnover is good.

Therefore, they are already doing well by many. 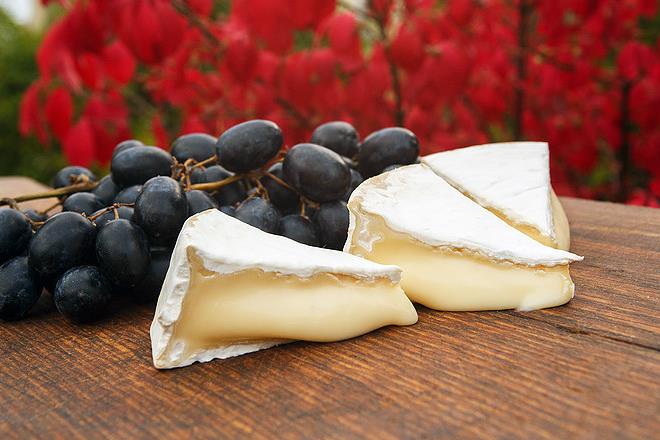 Kleyer — soft cheese with white mold, made according to the recipe of Camembert cheese

In fact, this is a real Camembert, but the guys are not trying to give the cheese a popular name, but promote their brand.

For which they have a special respect. 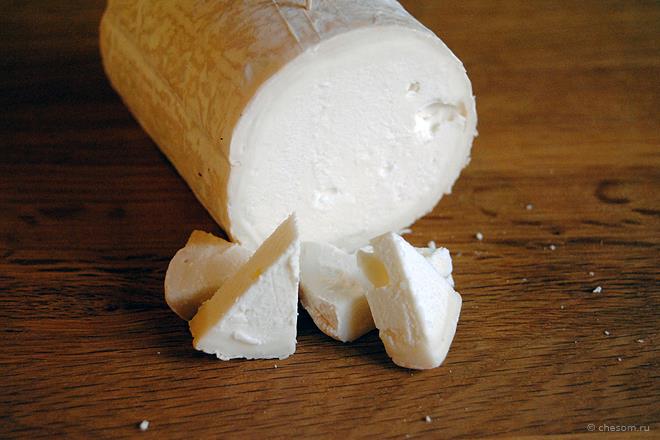 3 Kozinsky and Korovinsky near Rostov established the production of excellent goat Camembert. 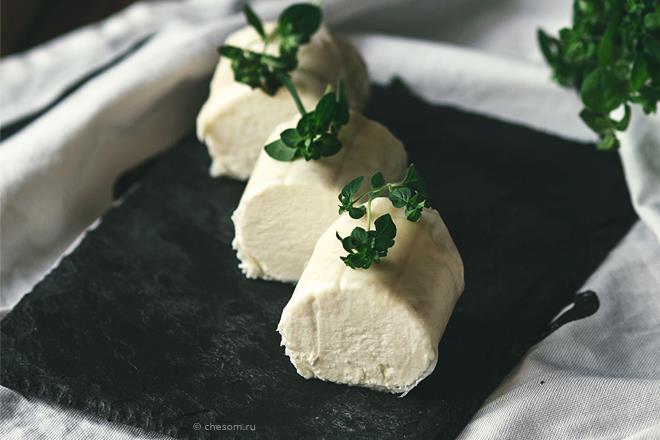 7. Company Italian traditions in Moscow, it sells cheese-making equipment and, in parallel, cheeses that can be made on this equipment. 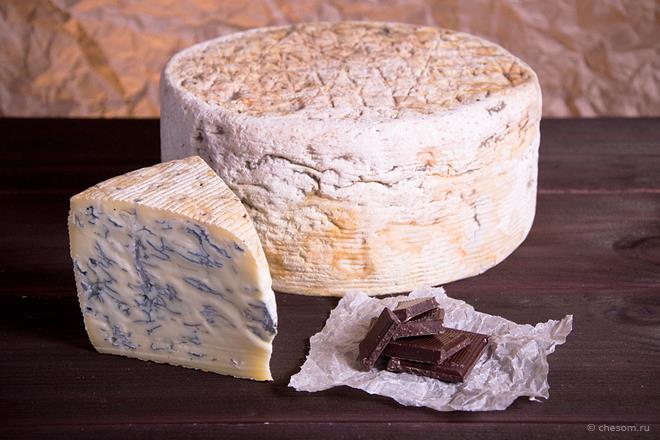 8. In Cheese dairy Arkady Novikova makes excellent buratta and quite high-quality mozzarella and cachotta. The main thing for such cheeses is good milk and skillful hands of a cheese-maker.

No need to buy expensive Italian equipment, it is quite ours and it will do.

You know the technology, you buy excellent milk — you get quality cheese.

It is quite easy to produce cheeses.

Is complete. At a decent level, you can cook ricotta, mozzarella, cachotta, scamorza at home.

Italian soft cheeses are made in 8-10 hours, and within three days should be eaten.

There are no problems with leaven — in recent times there have been many online stores for cheese making. The main thing is to find good milk. What is good milk?

Milk with the correct content of proteins and fats, although the latter is not so important — fats can be adjusted in the process of normalization.

And it is important to know what cows are fed.

The feed should have been natural, without silage and all kinds of additives.

Even French cheeses can also be made by yourself.

Although they are more complex. Here the main item of expenditure is the consultation of foreign experts, since without this it is impossible to get the cheese that you tried in France. We have now divorced many cheese makers who were not in Europe, but are making European cheeses.

I was recently here a friend brought a sample of Stilton cheese, and asked if he looked like English.

As soon as the embargo began, everyone thought that this was not for long, soon everything would be back to normal, you just have to wait a bit. People brought "banned" from trips, and in stores bought mostly Swiss cheese.

Now the situation has changed, everyone understood that sanctions are for a long time, and they began to be interested in what we are doing, trying our cheeses.

In my shop now Russian cheeses are quite actively dismantled, and every month new interesting suppliers appear.

So the situation with cheese in the country is not hopeless. 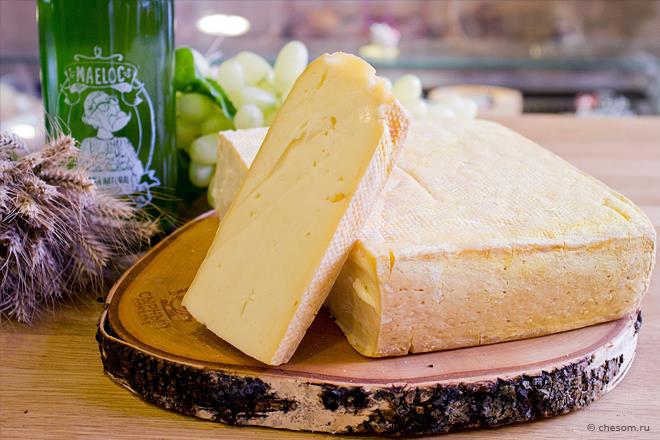 Treviso-Russian cheese made according to the recipe of Taleggio cheese.