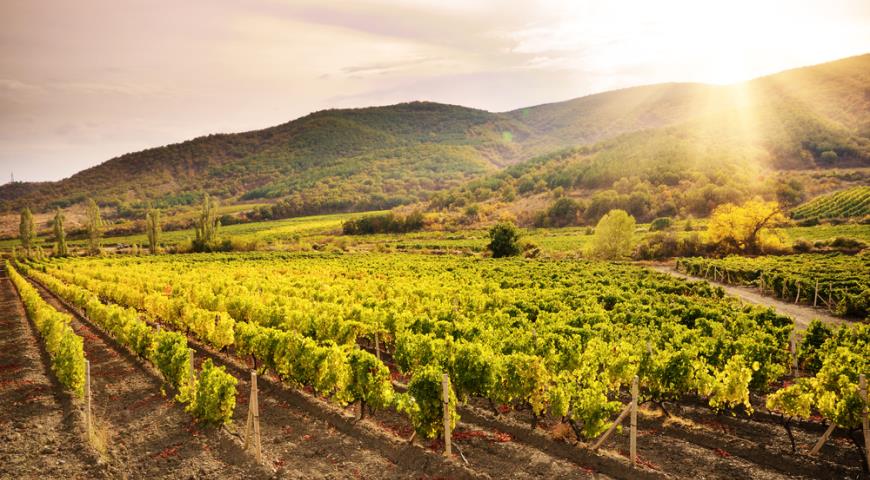 Each valley takes its name from the river. And each of the rivers, if you move upstream, splits into tributaries.

The valleys diverge accordingly — into wine-making zones or districts.

In the center of the Central Valley is the capital of Chile — Santiago.

Valley Maipo (Valle del Maipo) — The cradle of high-quality winemaking in Chile, where French specialists have been working since the mid-19th century.

Here they find one of their best Chilean incarnations of cabernet sauvignon, merlot and carmener.

The climate is exceptionally favorable — warm, but not hot summer, long autumn, mild winter and spring without frost. Vineyards grow at an altitude of 400 to 1100 meters above sea level, which causes a cooler or warmer microclimate. A variety of soils — alluvial, sandy, gravel, clay — can give individuality to wines from a particular vineyard.

Although, of course, in mass wines, where everything goes “in one cauldron”, the features of the vineyards are lost.

In Maipo, you can find places for different red and white varieties, but wines from cabernet sauvignon, which besides the classic black currant and currant leaf show interesting nuances of mint and eucalyptus, remain the hallmark.

The largest wine-making companies are based in Maipo, such as Concha Y Toro, Undurraga, Santa Carolina and Tarapaca.

Among the areas stands out Puente alto, where is the iconic winery Almaviva, a joint project Concha y toro with Baron Phillippe de Rothschild.

The climate of Rapel is temperate, with slightly more frequent precipitations.

Among the varieties starring white Sauvignon Blanc and Chardonnay, as well as Merlot, one of the best in Chile.

Kolchagua is considered to be a more prestigious area, where such farms as Aurelio Montes, Viu Manent and Casa Lapostolle.

Among the most famous wines Rapel — Viu Uno by Viu Manent, Montes Alpha M from Aurelio montes, Altair from Cachapoal.

Among the red ones, the merlot and malbec are especially good.

The most famous manufacturers — Valdivieso with cult wine Cabalo loco, and Miguel torres, outstanding winemaker from the Spanish Catalonia.

Maule (Valle del Maule) — The southernmost and coolest part of the Central Valley.

Even 20 years ago, the subregion was known for simple table wines, and now, thanks to the transfer of vineyards to granite and volcanic soils, they produce excellent red wines, vivid examples of which are wines Gillmore estate from the area Loncomilla, especially unique Cobre.