Calvados is obtained by double distillation of cider. 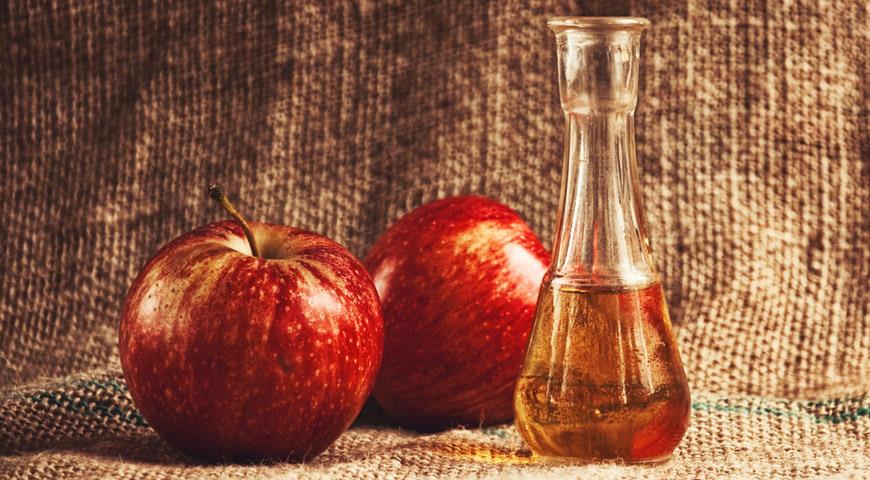 Calvados is obtained by double distillation. cider — which, in turn, is the result of the fermentation of apple wort.

Real Calvados make only in normandy, in the north-west of France, famous for its orchards (apple brandy made in other countries, call Calvados it is impossible).

The best Calvados has always been ranked with the best brandy, although the same worldwide fame, he has not yet received.

True, the French give it a simple and elegant explanation: they send cognac for export, and Calvados is left for themselves.

It is believed that cider (drink strength of only 4-6 degrees) in France, the first to do in the XI century, the Vikings, who captured the north of the country.

Even then there were magnificent gardens, and the Vikings began to make apples not juice or jam, and Braga. Over time, Braga learned to distill into apple brandy — eau de vie des pommes (water of life from apples).

The first known written mention of him dates back to the distant 1553, and belongs to Gilles de Guberville. A small nobleman described in his diary the process of obtaining apple brandy by distilling cider.

Approximately in 1600, the Apple Brandy Manufacturers Corporation was founded, later receiving official status. In the XIX century, the term begins to be used Calvados— under the name of one of the departments created by the Great French Revolution. The etymology of the word, however, is more complex.

One of the ships of the “Invincible Armada” of the Spanish King Philip II — the ship “El Calvador” — in 1588 ran aground off the coast of Normandy.

It is believed that he gave the name of the area, and then the drink.

Its humid, cool climate is ideal for apple trees, and there are more than 9 million of them growing here.

For the production of cider, from which calvados is obtained after distillation, it is specially derived 150 varieties of apples.

Single-grade calvados does not happen. A unique bouquet of Calvados is obtained due to the fact that in certain proportions sweet, bitter, bitter-sweet and sour apples are mixed.

And the apple trees are immediately planted in such a way that the desired ratio is obtained — and the varieties are mixed when they harvest.

At first, it is surprising that among the Norman apples there are many small ones.

But this has its own secret: the smaller the size of the fruit, the brighter its flavor — and the richer the aroma of the drink.

Apples are harvested all fall.

The juice squeezed out of them by natural fermentation, without the addition of yeast, turns into cider — a low-alcohol base for calvados.

Further technology is very similar to cognac: distillation, aging, blending — the only difference is in raw materials.

Calvados, going out from the distillation apparatus, It is a little like that sunny drink that is bottled: it is colorless, and its strength is 70%. Oak barrels will give it an amber shade during aging, and degrees will gradually decrease to 40%: first, due to natural evaporation, the so-called angels share (although company accountants usually say that this is the devil’s share), secondly, by adding distilled water.

It is important to preserve all the flavors, to ensure that Calvados, barrel and water interact.

Like cognac, Calvados is the result blending. During aging drinks continue to mix. For example, more fruity is added to more tannin.

After 10 years of aging, it is decided which calvados to withstand further, and which — less interesting — to mix with others.

And the masters of a blend combine different patterns into a single bouquet in order to achieve the most harmonious taste.

Young Calvados — with an exposure time of less than two years, they retain the bright aroma and taste of fresh apples, and their color is light, golden yellow.

Fine, Trois pommes, Trois étoiles — these inscriptions usually decorate Calvados with an exposure of less than two years, the most democratic in cost and with a rather sharp taste. “Trois pommes” is translated from French as “three apples”, and “Trois étoiles” — as “three stars”.

As they grow older, Calvados gain depth — in shade, in flavor, and in aftertaste.

The words Reserve or Vieux They talk about the three-year exposure of Calvados.

They are slightly darker in color, all the same harsh to taste, but light fruit shades of oak can appear through the fruity taste.

The label of the four-year Calvados will show off the inscription V.

Such calvados become dark golden, and the subtle, but tangible nuances of oak add to the invigorating fruit notes.

, Extra, Age inconnu, Napoleon, Hors d’Age — with an exposure of 6 years or more.

They are extraordinarily beautiful — they are already amber, sometimes even light ruby, and a variety of tones are caught in their rich bouquet: baked apple and vanilla, coffee and spices, chocolate and roasted almonds. The older the calvados in your glass, the longer and more pleasant the aftertaste will be. In case the “reached the condition” drink is longer than six years, the label will read “Age … ans» or «… ans d’age«(Instead of dots — the exact age of Calvados).

Are not uncommon and so-called millezimnye (more simply, annual) samples of Calvados, made from spirits of the harvest of one year.

The taste and aroma of such drinks for experts is very, very interesting.

Calvados, like good wines, protected by origin, since 1942 they have their own categories AOC (appellations — names controlled by the place of production).

For each appellation, geographical zones, varieties of apples, methods of processing and aging periods are determined.

Strict rules govern even the composition of the soil and the procedure for applying fertilizers — all so that the product is of high quality.

It is not by chance that a bottle of vintage Calvados from Pey d’Oge, let’s say Pere magloire or Boulard, may cost a few thousand dollars.

Double distillation is used to cut off all the excess and leave only the «heart» of Calvados, so to speak, the most juice.

If you imagine how many kilograms of apples are required for this, it becomes clear why Normandy is buried in gardens.

By the way, leading manufacturers from Calvados Pey d’ozh they prefer to separate the alcohols manually, assuming that with automatic distillation, Calvados is of average quality.

The second largest appellation on the territory is called — Calvados (Calvados AOC).

It produces 74% of all Calvados.

Requirements for the selection of apples, the processes of distillation and aging in this appellation are not so strict, production is less expensive.

And yet the drink turns out very high quality.

Its main difference from the other two is that apples are mixed with pears.

Experts recommend one glass of Calvados drink forty minutes — very, very small sips, feeling the heat slowly spreading through the body, relaxing and soothing. And accompany him except a cigar. Classic digestif!

But, of course, this is not the only way of serving, and it applies mainly to aged drinks.

Young Calvados is an excellent aperitif. The French drink it simply with ice or in combination with tonic, 1: 3.

Calvados are served in the middle of dinner or lunch.

If you happen to be at the same table with a large company of Normans, they will tell you what trou normand — “Norman Hole”.

And even portrayed. The traditional Norman dinner is not dietary — it consists of two appetizers, two types of hot — fish and meat, often accompanied by a light cream sauce, and, of course, dessert.

Even the hardened locals are unable to overcome it in one sitting, and, in order to speed up digestion, they change a glass of young calvados between meals. And before you overturn, they sing an uncomplicated song about this very hole in a chorus.

Before, during a break or after — but at lunch, with snacks and especially main dishes, Calvados is not accepted. He is good in himself and in harmony only with cheeses, first of all with Norman soft: gentle camembert, sharp livaro, fragrant pon l’evekom.

Their savory taste is perfectly complemented by the fruitiness of young Calvados, fans of the French “water of life” even claim that this combination is better than the traditional one with wine.

In general, those who do and love Calvados have a special view on other things: for example, many reject the popular belief that it should be served in a cognac glass.

The fact is that a wide tapering cognac glass doubles the feeling of strength and aroma, makes it coarser.

Much better for Calvados suitable glass for grappa — a small, tulip-shaped: this is the one in Normandy and is used most often.

This Calvados — is exclusively a drink, created in certain regions of Normandy, a province in northwestern France.

Any other Calvados in terms of international law, and in fact is a fake. The first thing you need to find in the text adorning the Calvados label is the word Calvados and the inscription «Appellation d’origine contrôlée«, Which translates as» name controlled by origin «. It suggests that Calvados is real.

Next to this inscription will be listed one of the three appellations of Calvados and an indication of excerpt (Fin, V.S.O.P.

On average, the alcohol content in the drink is about 40%, but this indicator is individual — if only because the strength of Calvados is lower, the longer the exposure.

So clarify the number of degrees better by examining the label.

Keep a bottle of Calvados must be strictly upright, out of the light and desirable at a temperature of 5-15 ° C.

In a vertical position — because Calvados quickly absorbs any smells and tastes (otherwise you can feel the taste and smell of cork).

Calvados must be kept in a sealed bottle.

In order to prevent the cork from drying out and air entering, the neck of the bottle is filled with sealing wax.

Do this if you plan to drink Calvados only a few years later — then it will not deteriorate.

Open Calvados can be stored for no longer than 2-3 months. Of course, it does not turn sour like wine or beer, but the air that has entered quickly deteriorates the aroma and taste.

Unfinished cognac is better to pour into a smaller container and close tightly.

The best varieties of Calvados are produced on the territory of the Calvados du Pays dʻAuge AOC appellation. Thanks. 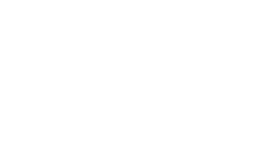 The ability to drink beautifully is the greatest art. Moreover, each alcoholic drink provides. 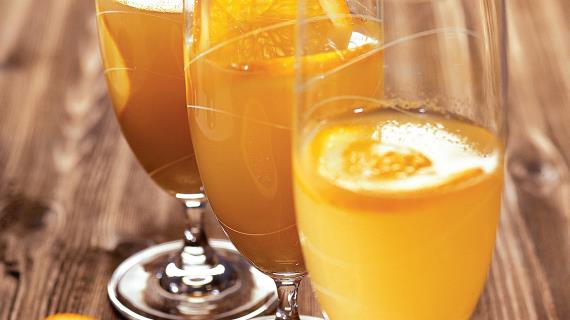