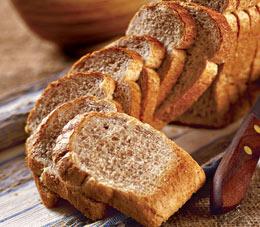 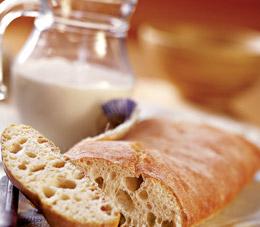 France is considered the legislator of high grain culture: the chief bakers in most of the world’s top hotels are French, they have their patron saint Honore, their festivals, museums, crazy ideas (like a bedroom made of bread for Salvador Dali, which glorified Bakery Pualen many years ago ) and competitions for the best baguette of the city, the victory in which is the highest happiness.

And an ordinary Parisian can not imagine life without a bakery in the next house, where he goes down every morning for fresh croissants.

The main distinguishing features of the French bread business are love for their work, quickness ("correct" bakeries open at five in the morning, so that at seven the first customers could already get hot bread for breakfast), sensitivity to the tastes of customers and at the same time strict respect for traditions.

For example, today in Paris the most fashionable bread is a peculiar mix of both: a baguette a l’ancienne, that is, in an old-fashioned way.

It is made from sour dough, it comes out of the oven with a rough crust and porous, yellowish pulp, its pointed ends are powdered with flour.

Eat such a baguette — and transfer to the era of Marie Antoinette.

For Italy, bread has always been the basis of the kitchen — and so far, fortunately, has not become part of the industry. It is still traditional, especially in the south of the country, which is considered "reserve" bread baking: here you can find family bakeries everywhere, where bread recipes have been carefully passed down from generation to generation.

In Italy, several types of breads are very different in principle: focaccia, bruschetta, miketta, rosetta, banana, biova, bovolo, ciabatta, chirola, manina ferrarese, cazarecio pan — one of the main favorites of the south from Tuscany to Sicily.

And almost everyone carries with them a legend.

For example, the famous Tuscan bread without salt was invented when another father completely shamelessly raised the tax on salt and the Tuscan bakers decided to boycott the product.

It turned out, however, bread without salt is also tasty, because they bake it to this day.

And the secret of success is that they eat such bread predominantly with Tuscan ham, which is much saltier than Parma or Friuli.

Or grissini, thin breadsticks from Turin.

Their birth is attributed to the doctor of the Savoy family, the rulers of the Piedmont regions and Val d’Aosta, who believed that long, thin and dry bread was good for the health of the prince.

But ignorance of the historical background still did not prevent anyone from enjoying real Italian bread: fragrant bruschetta, dried, rubbed with garlic, poured with olive oil and sprinkled with basil; focaccia, which makes unparalleled the addition of white wine, olives and rosemary.

Or ciabatta, the simplest rustic cake, whose golden crisp is able to work wonders with appetite. 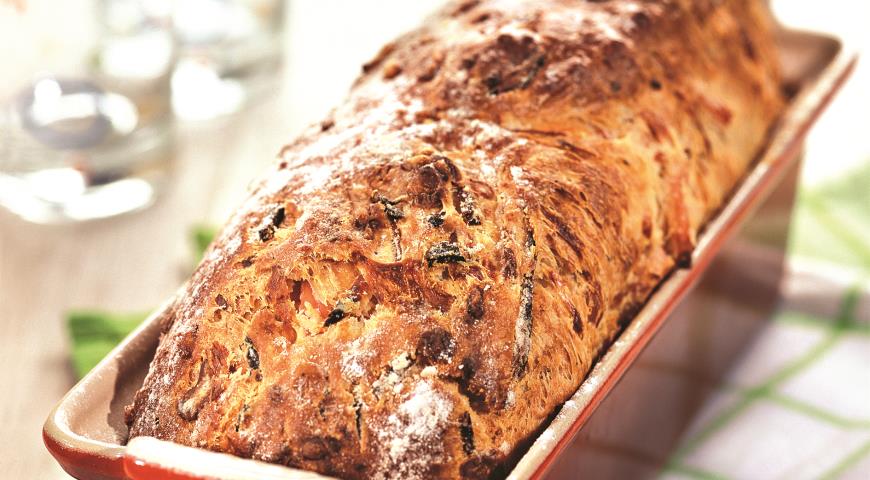 They say about German bread: "By the time you reach home, you dislocate your shoulder!" The Germans love everything to be thorough, including bread. It is in Germany hundreds and hundreds of varieties — a person from the outside is almost impossible to understand.

But it is possible to simply love — at least the same black bread made from wholemeal flour.

Some German varieties — such as, for example, the pretzel pretzel, an appetizing pretzel — are very charming and are liked by everyone without exception, and some are designed, as they say, for a narrow circle of lovers.

And precisely because of such breads, Germany can also be called a country of high grain culture.

For example, the Schuler family from the city of Bamberg has been baking the Bamberg floden for 150 years: flat, large (almost half a meter in diameter), very dark, strongly baked and incredibly spicy.

Floden from Schuler is called "sapelbrot" — from the word sappeln, which means "beat the dough until the pancake is almost flat". The dough should be beaten, and not rolled out — so that it does not even think up to rise in the oven. Gourmets go crazy with sapelbrot.

Those who are lucky enough to live in Stuttgart, Hamburg, Berlin or Nuremberg, can buy it in special shops, well, and the rest have to write out from Bamberg.

Another nation of European bread divers lives not far from the Germans.

Bread Ireland is famous all over the world for its unusual taste: the most popular soda bread is prepared without yeast (therefore very quickly) and based on buttermilk (it turns out sourish); sometimes it is baked with raisins, currants or other fruit additives.

Farles baked from wheat flour with oat-flakes in the shape of a quarter circle.

Fudge, potato bread with parsley, is served cold or fried in pig fat.

And not a single national breakfast is complete without the marriage of marriage — fruit bread, which ideally combines with sweet tea with milk, so beloved by the Irish.

All Irish breads are fairly simple to prepare, but one cannot be suspicious of the lack of ideas of the Irish. Here’s how, for example, bram marriage with a ring is prepared: pour dried fruit (2.5 cups) with hot tea (1 cup), cover and leave to soften overnight. In the morning add flour (2.5 cups), lightly beaten egg (1), orange marmalade (4 tsp), sugar (1.3 cups), spice mixture (cinnamon, cloves, nutmeg) and paper-wrapped baking ring (gold or silver).

Mix everything well, put it on a baking sheet, make a cross-shaped incision on the surface and bake for an hour and a half.

Serve hot with butter for tea.

Whoever gets the ring — he soon gets married.

Bread in Mexico is a sacred topic. For example, on the day of the Dead in most houses on the table you will see "pan de muerto", the bread of the dead: this spicy, exquisite, sweet bread with an orange (it must also go

and Sambuca liqueur) is decorated with delicately baked, richly coated with glaze "ancestral bones" and served with thick hot mexican

However, bread is an obligatory attribute of religious holidays not only in Mexico.

For Christians, it symbolizes the body of Christ — and in our main prayer is mentioned in the first lines: "Give us this day our daily bread …" And the tradition of Easter cakes? Every housewife here at least once in his life starts this complicated process in her kitchen.

No less beautiful Easter bread and cakes-panettone are baked, for example, in Greece and Italy.

Eastern culture of bread is more ancient than European. Almost everywhere — from Turkey and Iran, from the Caucasus Mountains and Central Asian sands to the jungles of South India and the coral coasts of Thailand — bread looks like a cake.

But they always have something in common: flat cakes are torn with their hands, and not cut with a knife.

Otherwise, not just the taste is lost, but traditions are offended.

One of the most popular types of oriental bread in the world is pita. It simply seems to be that nothing can be: you need to mix a glass of flour with a glass of water and a teaspoon of yeast; leave for a while. From the resulting test roll five balls and again leave for a while.

Then pinch each ball in the middle to make it look like an hourglass — and leave it again until they turn into balls again. Then roll out a rolling pin half a centimeter thick with a rolling pin.

Put in a hot oven and wait for five minutes — the balls will begin to swell like real balloons.

Remove from the oven, cover with a wet towel.

When pita "will fall", it can be used as "pocket" — to stuff at least meat with a salad, even cheese with greens — anything.

The most delicious flat cakes in Central Asia can be tasted in bakeries, where they are still made by hand (the reason is, of course, not in the refined taste of local gourmets, but simply in the slow Asian time).

Uzbek, Tajik, Turkmen flatbreads are prepared not with yeast, but with sourdough (this is what they are returning to now in bread boutiques in Europe), which makes their taste more saturated.

They are baked in tandoor, clay oven installed in the ground, and served hot to the pilaf, soup, barbecue and vegetables.

Indian naan cakes are also baked in tandoor, but its absence does not stop anyone — you can make other flat cakes on a cast iron pan: chapati, puri or paratas. In India, the proverb "Bad lunch, if there is no bread" acquires a special sound — in Indian cuisine there really is no food without bread.

Each state has its own dishes, and flatbreads — a unifying leitmotif: they often play the role of cutlery — they are scooped up with dal, rice and vegetables. Preparing chapati or parata is as easy as any other tortilla — if you have tandoor or burning charcoal at your fingertips, as well as atta, special flour for chapati.

It is obtained by carefully grinding whole grains of wheat to a state of dark yellow powder.

The dough of the atti is incredibly velvety, and replacing it with ordinary wheat flour will be detected immediately.

In Russia, bread has always been eaten a lot.

Once in Filippov’s bakeries, which, of course, were a landmark of old Moscow, people constantly crowded. Filippov himself was an outstanding figure — he created a whole grain empire. Every day his rolls and coddies went to the royal table in St. Petersburg (they tried to bake them there, but nothing came out — the water was Nevskaya, Filippov said, not that).

The guards with his bread were even equipped in Siberia: in some special way, rolls of bread were frozen and thawed out of the oven in a special way just before eating — in damp towels!

But at the same time, ordinary people bought their own in his bakeries "urgent": funky black, sitny (it was baked from flour, sifted through a sieve, and this bread came out much softer than sieve), bread rolls, loaves, grandmothers and cays.

We belong to the nations that eat a lot of bread — according to experts, up to 330 grams per day. And it is very, very good for our health. First, bread covers 30% of daily calories.

Secondly, in spite of its apparent simplicity, it contains about 200 healthy substances, vegetable proteins and carbohydrates. Thirdly, bread is rich in fiber indispensable to humans, and the coarser the grinding, the healthier the bread.

When processing the flour, the lion’s share of the useful elements of the grain, which contain vitamins and mineral substances that stimulate the metabolism, goes to the bran.

Alas, times have changed, and now Moscow can be called a grain city with a big stretch — it can grow and grow to a high bread culture. But we do not stand still.

You’ll see: it will be just a few years — and we can buy, according to Japanese tradition, beautifully packaged bread with apricot or orange (it is brought to visit as a gift), and we will serve the famous Latvian black bread soup or Scandinavian bread cake , and small bakeries will open in the alleys, where they will bake their own bread — no worse than in the old Naples.