Black caviar is given by sturgeon, beluga, sturgeon and sterlet.

The word caviar (“black caviar”), which is common in other countries, is not of French, but of South Russian origin: a few centuries ago, “a dish of sturgeon inside” was called “kaviar” in Astrakhan. 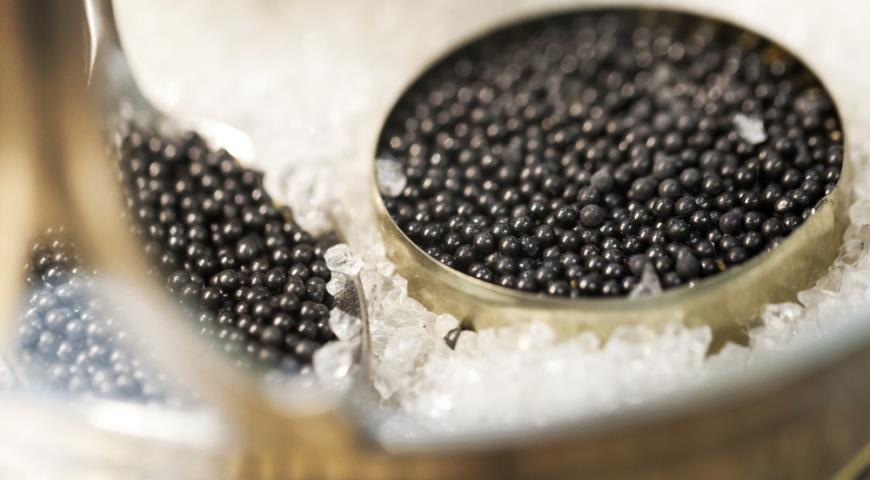 A common word in other countries caviar (“Black caviar”) — not of French, but of South Russian origin: several centuries ago, “a caviar” was called “a dish of sturgeon gut” in Astrakhan.

Interestingly, in Russia, black caviar was not considered a delicacy. He received the status of a restaurant dish in the 1920s in France, when the Caviar House Petrossian Paris opened in Paris.

Its owners — Petrosyan brothers, Armenian immigrants from Baku, considered everything right: French bohemia at that time experienced the peak of enthusiasm for all Russians — Merezhkovsky and Shalyapin, Rakhmaninov and Stravinsky, Dyagilev and Nizhinsky — and Russian caviar with its delicate taste turned out to be surprisingly sought after.

Since then, black caviar is considered an excellent snack to champagne.

One has only to remember that only real Brut from the province of Champagne approaches it, but the sweet Italian spumante only interrupts the taste of caviar.

Now black caviar in our country is unusually expensive. This is due to the fact that the extraction of wild black caviar is prohibited by Russian law.

The number of sturgeon fish is now very small, and many species are on the verge of complete extinction.

There are four types of black caviar by processing method:

* Granular caviar immediately after the fish is opened, it is wiped raw through a special sieve (“rumble”) so that its grains, passing through small holes, are cleaned of films and veins.

* Pike roe not as beautiful as grainy, but tastier and longer stored. Immediately after the fish is opened, the eggs are salted in jasties (membranous fish ovaries), then they are laid out in small bowls («splints») and slightly dried (chapped).

Only after that the eggs are released from the films and crushed by tolkushkami, why the eggs become more dense, turn into a homogeneous mass.

* Triple caviar It was considered a delicacy in pre-revolutionary Russia, and now it is produced very rarely. It is rubbed through a sieve “rattle” in the same way as the granular one, dramatically poured over with a warm strong brine and dried.

Such caviar got its name thanks to the postal threes: it was on them, but as soon as possible, that caviar was sent from the Volga to the capital — to the luxurious bar table.

* Caviar caviar — the easiest to prepare: it is salted with yastika (with ovaries of fish) and also sold with yastika.

By color, grainy caviar is sorted into light gray, dark gray and black. light-colored sturgeon is valued above dark-colored caviar.

When marking necessarily make a note about the color.

For starter caviar marks do not.

Black caviar is good in itself, and it must be eaten with silver spoons — any other metal gives it a specific taste. And it is advisable to serve in special caviar dishes (Russian invention, by the way) installed on a dish with ice.

Although some bakery products (best thin toasts) may also be present on the table.