Beetroot is one of the most traditional products of our cuisine. In the West, many chefs even consider it a symbol of Russian cuisine, just like borsch, which we cannot imagine without beets. 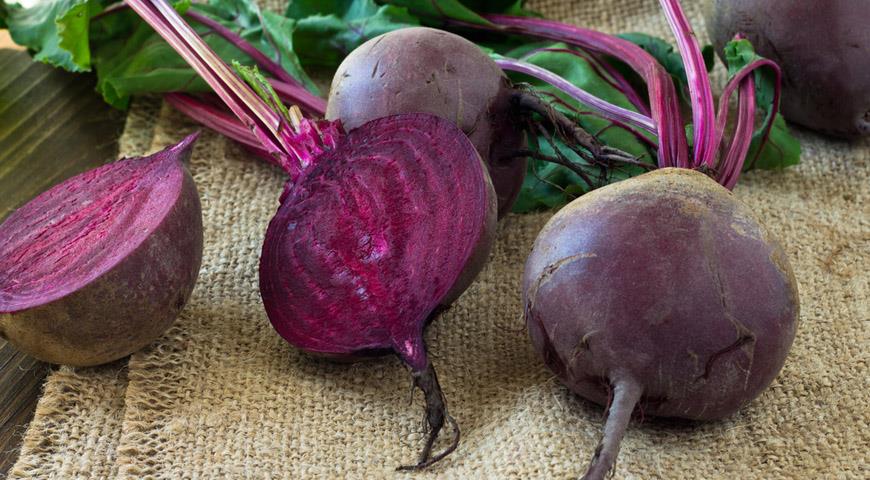 However, they know beetroot in many other countries.

Beets are very useful, and retains their useful qualities in any form, no matter what you do with it — fried, steamed, boiled, dried or marinated. And there is something to save! First, beet record among vegetables and fruits on the content of iodine.

Secondly, it contains a lot of valuable trace elements, especially a lot of iron, magnesium, potassium, and molybdenum.

Thirdly, it contains a whole storehouse of vitamins, most of all it contains vitamins C, groups B, P, PP.

It is worth remembering about the famous betanin, which also contains a large amount in beets, a physiologically active substance that inhibits the formation and development of malignant tumors.

Beets and juice from it are very useful for anemia, boiled beets improve intestinal motility, help with indigestion and chronic constipation, it is very useful in many liver diseases.

When diabetes is recommended to include in the diet. beet dishes and juice, fresh beet juice also lowers the pressure.

All beet varieties are plant varieties beet ordinary. In the culture derived several varieties, which are traditionally divided into table, feed and sugar.

From sugar make beet sugar, fodder goes to cattle, and canteens are used in cooking.

Root crops of numerous varieties of table beets have a different shape — elongated or round.

It is believed that long roots fragrant and sweeter than round.

Young beets often sell with tops, which can also be used in cooking.

There are actually leaf beets — chard, which is a sort of beetroot salad; it is bred just for the leaves.

To the beets do not lose their color when cooking, add a little vinegar to the water.

Beetroot is traditionally used in borscht, it is put into a vinaigrette, herring under a fur coat, tinder into salads, squeeze juice out of it. Also, beets can be eaten raw, pickled and pickled.

Beets can be baked whole in the oven, wrapped in several layers of foil (this is better than cooking it for an hour and a half in a saucepan).

Sheet beets are good to add to salads.

Mrs. Beaton’s Household House, a famous culinary book published in England in the middle of the 19th century and still a kind of Old Testament of British housewives, contains thirteen beetroot recipes, the most prominent of which is carrot beetroot.

Such beets are good for salads, and its tops are an excellent ingredient for light summer soups.

Continue to collect beets until October.

Late root crops are harvested in the cellars for the winter, where since October the ideal temperature for storage is set: from 12 to 4 degrees Celsius.

Leaf beet chard is cold-resistant, it is planted three times a year: in April, in the middle of summer and at the end of September.

Often sellers, taking advantage of the ignorance of buyers, sell under the guise of beetroot beet fodder. In order to choose delicious and ripe beets you need to carefully look at it. First of all, fodder beet has a large size, the beet is smaller.

When choosing beets, pay attention to the condition of its skin, it should be dense, reddish, without visible damage and signs of rot.

Quality beets are homogeneous over the entire surface, there are no cavities and irregularities in it, its pulp is also homogeneous.

The main thing is to make sure that no condensation forms in the bag. 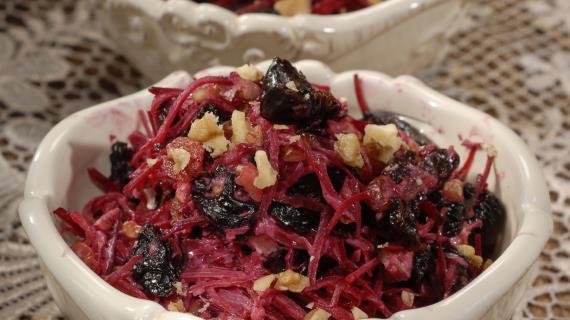 Soups and borscht are cooked from beets, stewed with onions or carrots. Thanks to its taste.