Hordeum vulgare) is a genus of plants of the family of cereals. The stalk of barley is a hollow straw (30 cm to 135 cm in height, depending on the variety). The barley leaf is wider than in many other cereals.

The inflorescence of the plant is barley spike. The grain is yellow, grayish or brown.

Today, there are more than 30 species of this culture throughout the world. 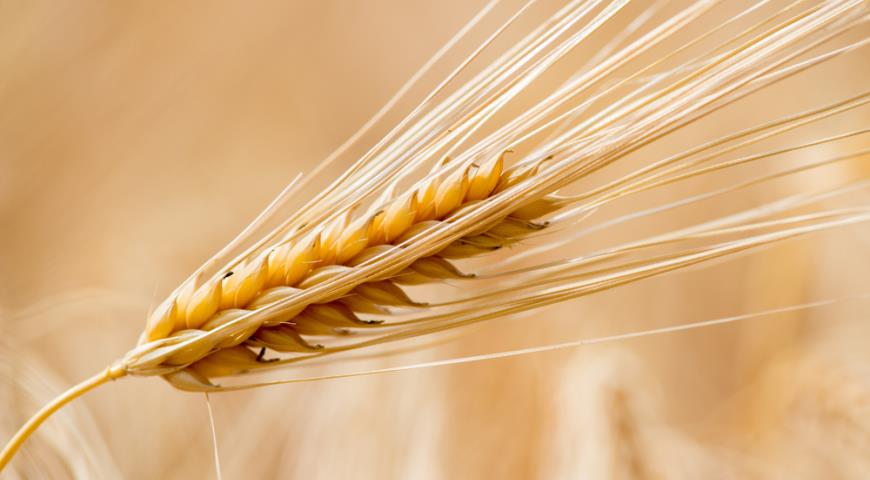 Barley ordinary (lat. Hordeum vulgare) — a genus of plants of the family of cereals. The stem of barley is a hollow straw with a height (depending on the variety) from 30 to 135 cm.

Barley leaf wider than many other cereals.

The inflorescence of the plant is barley spike.

The grain is yellow, grayish or brown.

Today, there are more than 30 species of this culture throughout the world.

Barley was once a major world crop, but in the last 250 years, wheat has replaced it.

Archaeologists have found out that its grains were regularly eaten 17 thousand years ago, and for the first time they began to be harvested in the Neolithic era.

Moreover, barley beer, obviously, is the first alcoholic drink, which began to produce humanity. Barley was distributed almost everywhere. In The Fifth Book of Moses, he is mentioned as one of the seven fruits of the Promised Land.

In ancient Greece, no rite of the Eleusinian Mysteries did without barley, and the Greek fertility goddess Demeter was also called the Mother of Barley.

Barley contains many B vitamins, as well as vitamins A, D, E and PP.

Barley grain is rich in phosphorus and folic acid, essential during pregnancy.

Fine pearl barley digested better and boiled down faster, porridges, burgers, casseroles are made from it.

It is recommended to soak for 3 hours more coarse grits to speed up cooking. It is more suitable for soups and crumbly cereals.

Pearl barley depending on the size of the grains, 60–120 min. To keep the barley from associating with the school or army canteen, cook it like this: rinse the cereal thoroughly, pour plenty of boiling water over it, wrap it in a blanket and let it stand for 8–10 hours. Then drain the water, refill the cereal with boiling water and cook for 15–20 minutes.

Serve with greens or grilled vegetables.

Barley grits boils soft in 40–45 minutes. and at the same time increases in volume by about five times.

You can add it to thick kushi soups, cook garnishes and dumplings from it, stuff poultry or piglet with barley grits and bake them later in the oven.

Barley porridge has a specific oil flavor, thanks to which it is not necessary to add oil to it.

Barley flour in our time is not too popular, however, and from it you can bake bread and baking.

It is better to mix it with wheat, because just like in the case of rye flour, barley has little gluten.

Barley flour has a dull, moderate aroma, a light nutty hue, and besides, it gives baking a kind of softness. You can add it as a thickener in soups and sauces.

From barley flour cook porridge, which is more tender than the porridge from barley and barley groats.

Forget everything you know about pearl barley. Even name it for yourself differently. 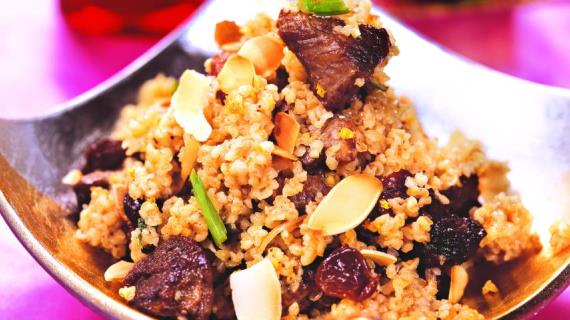 Porridge is one of the main dishes of Russian cuisine. Porridge cooked from wheat, oats, buckwheat, barley and even.

2019-11-15
admin
Предыдущий Apple — product description on
Следующий 6 coffee trends 2018: we learned that you will drink next year