The homeland of the most common barberry in our country is the Crimea and the Caucasus. Namely the traditions of these peoples and should be followed, using this valuable plant for cooking 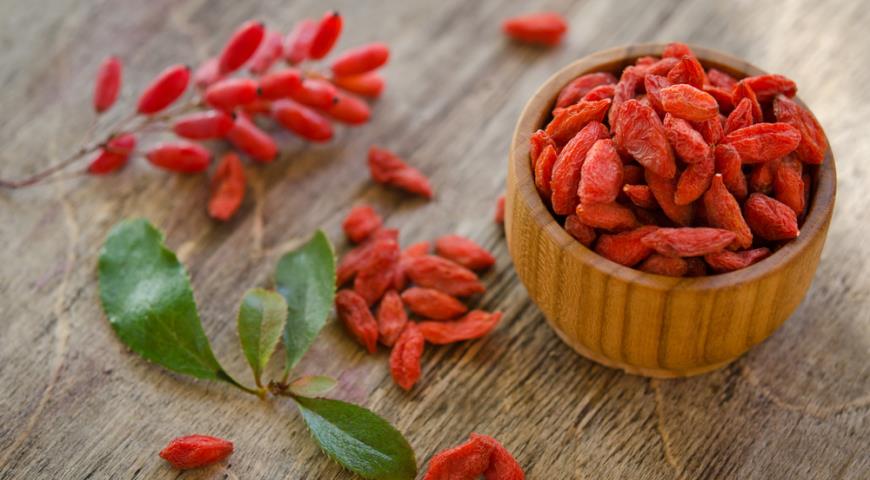 The barberry family is quite large and has up to 600 species.

Homeland is the most common with us barberry ordinary — Crimea and the Caucasus.

Most often the barberry grows wild. Since the berries and leaves of barberry are not widely consumed product, breeders did not display domesticated varieties in order to obtain a crop, but there are many decorative varieties. In the Caucasus and in the mountainous regions of Asia, barberry wood has been valued since ancient times — it has such a beautiful scaly structure that it is used for inlaid works.

The barberry is a treelike thorny shrub that grows on all continents except Australia. The barberry is most common in the mountainous regions of the Northern Hemisphere.

In fresh barberry berries a lot carotenoids and vitamin C, which is preserved and with proper drying.

Folk medicine recommends the berries of barberry to reduce the temperature during fever, as well as choleretic and diuretic.

However, in the former USSR, barberries are mostly consumed. dried as seasoning for meat — Without this berry, it is difficult to imagine any kind of Central Asian pilaf.

Dried berries are used either whole or pounded into powder and served separately to grilled meat or skewers, to kebabs, lula kebabs and even to mutton broth.

Not fully ripe berries can be prepared in a spicy marinade (vinegar needs very little, only for storage), then to serve with meat dishes or poultry cooked in the oven and on the coals.

When young leaves appear on barberry bushes, they are carefully cut off, finely cut and added to salads: these leaves have a fresh herbal flavor and a slight sourness, which allows you to do without adding vinegar or lemon juice to the dressing.

More mature leaves, which have already acquired a dark purple color, can be dried and added as a natural acidifier in marinades for meat, poultry and fish.

Many types of barberry shrubs are wonderful honey plants.

Barberry honey has a lemon-colored and delicate slightly sourish flavor, it is good to use it as an ingredient for dressing salads, as well as lubricate the bird when baking.

Tart-sour bright red berries of barberry are added as a pleasant seasoning in savory sauces to meat and poultry.

Try, for example, to boil the veal in a lightly salted water, then cool, thicken the rest of the broth with starch, diluted with a mixture of barberry juice and pomegranate juice and let it harden.

In some peoples’ kitchens Caucasus and Transcaucasia berries are added to horseradish, Central Asia certainly put in pilaf and stuffing for kupat.

From the barberry they also prepare an acidic drink, which after fermentation turns into a very unusual taste of vinegar.

The thorny shrub barberry, growing almost all over the world, bears fruit in September.

Its berries are called «northern lemon» — unripe berries are so sour and bitter that it is almost impossible to eat them.

However, if the barberry is harvested after the first frost (the berries are kept on the bush until winter), the acid and bitterness in it is noticeably less.

All year in the shops and markets you can buy already dry barberries.

Unripe barberry is hard and light red or even pink, the most delicious berries are red, burgundy and soft enough.

If a barberry berries they are going to dry, they are allowed to ripen, then gently (the spines make harvesting very difficult) are collected and spread on an even layer of fabric. Dry the berries in the shade until they completely shrivel and become dark, almost black.

The taste of both fresh and dried berries is quite sour due to their acid content: apple, lemon and wine.

Fresh barberries are stored for about a week in the fridge.

Dried berries can be stored for up to a year.

Kuchmachi — a dish of Georgian cuisine, which is made from calf, chicken or duck giblets. Often, . 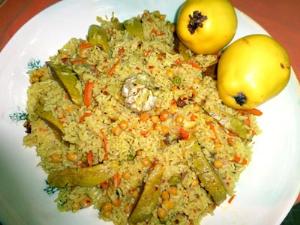 Elena Manenan spied the recipe for this pilaf in a Parisian family restaurant. And slightly. 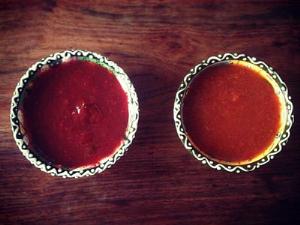 Find quatsarahi sauce in Moscow is not easy. Industrial packaged it disappeared from our shelves together.

Prepare basma as a festive dish, because it is very beautiful. How many multicolored.

Once, such a pilaf was cooked in Tashkent only on major holidays. Today it is everywhere.

It is unlikely that anyone will argue that Georgian cuisine is one of the most delicious in the world. It .

Pilau is very difficult to call a dietary dish, but if you replace the rice with brown and use meat.