At the end of the 20th century, scientists proved that bananas contain substances similar in structure to the so-called happiness hormone. serotonin.

This substance causes a surge of strength and a sense of joy in a person.

So let’s eat bananas and rejoice! 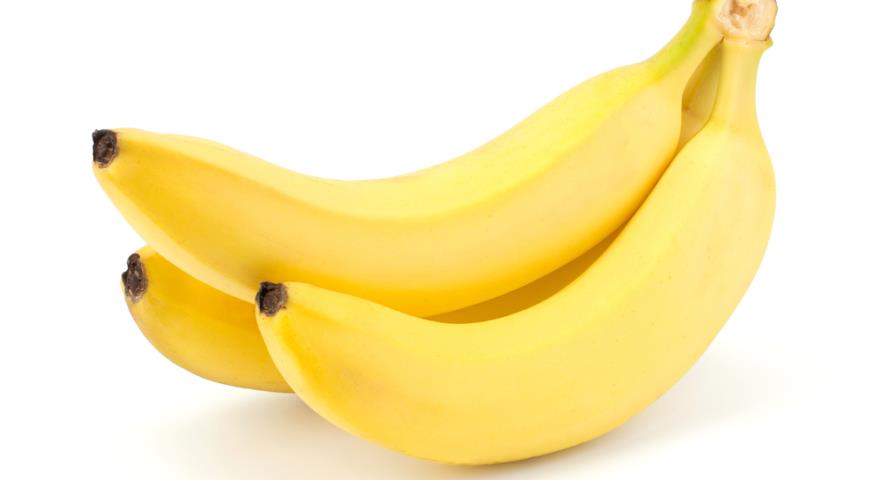 At the end of the 20th century, scientists proved that bananas contain substances similar in structure to the so-called happiness hormone, serotonin.

This substance causes a surge of strength and a sense of joy in a person.

A banana reaching a height of 6–7.5 m is often mistakenly called a tree. In fact, this is just a big grass with a fleshy, very juicy stem — a top hat composed of leaf stalks.

Each of these countries supplies more than a million tons per year.

And together, these countries take up three-quarters of total world exports.

The native land of bananas is considered the tropics of Southeast Asia. Recent archaeological excavations at Cook Swamp (Papua New Guinea) have shown that bananas were cultivated here 5 thousand years before our era.

The second homeland of bananas as a cultivated plant is considered East Africa, where in the 4th century BC migrants from the Malay Archipelago appeared.

Latin name for bananas musa, most likely derived from the Arabic word for banana.

And the word “banana” itself was transferred from the West African language Wolof into Portuguese and English. By the way, it was the Portuguese sailors for the first time.
They brought a banana to America from West Africa in the 16th century.

In the Middle East, bananas appeared by the end of the 6th century.

In the Middle Ages, bananas from Spanish Granada were considered the best in the Arab world.

The first who put the cultivation of bananas on an industrial basis, were the Portuguese.

In the 15th and 16th centuries, they created banana plantations on the Atlantic islands, in Brazil and in West Africa.

About 500 different varieties of bananas grow around the world in subtropical and tropical zones.

However, only ten varieties are sold on the international market. Dessert banana varieties Cavendish, Gros Michel, Lakatan constitute the main
a lot of global exports of bananas.

Fritters are prepared with bananas, baked with almonds, sauces and cocktails are made from them. English banoffee pie — This is a dessert based on bananas and toffee with whipped cream.

Many desserts with bananas in the American cuisine.

This banana bread and banana cheesecakes, and all kinds of muffins with banana fillings. But the most famous, of course, banana split — Banana “boats”
with balls of ice cream, poured with syrups.

In most tropical countries, bananas (plantain) most often consumed unripe. The local population uses them in the same way as we use potatoes: bananas are fried, boiled, baked and they make chips.

Chileans prepare an orcata drink with the addition of rice and cinnamon.

In Uganda, the main part of the banana crop is used to make beer.

In India, curry is cooked with green bananas and yogurt sauce is made from ripe wright — banana and yogurt sauce, and puri are fried banana donuts. In the Philippines, bananas are added to chicken and pork stews.

In Jamaica, spicy bread is baked from bananas, and in Hawaii, bananas are pickled in rum, breaded in coconut chips and fried in boiling oil. In China, bananas are fried in caramel.

And in Malaysia they prepare a drink that resembles a milkshake, but it is hot: milk is boiled with bananas, whipped, and then sprinkled with cinnamon.

In many countries, used and banana leaves, which successfully replace the plates.

For example, in Thailand, fish is often served wrapped in banana leaves and steamed.

Bananas are sold in supermarkets all year, but the most delicious from February to May

The taste and texture of a banana is best manifested when it is ripe.

Yellow fruit with a hint of characteristic "freckles" will be the most fragrant.

Soft and strongly smelling fruits are considered to be very overripe.

Bananas requiring further ripening should be stored at room temperature, away from heat sources or direct sunlight.

Ripe bananas can be stored for a couple of days in the refrigerator, which stops the ripening process. Just remember to take them out before eating so that they reach room temperature.

If you are looking for unusual recipes with bananas — pay attention to this. Burning bananas.

Fried bananas with ice cream — an excellent choice when you want something such, but for a long time.

Very easy to prepare version of a delicious, nutritious and healthy breakfast from a food-photographer.

In Thailand, love is sweet — but not too sweet. This is especially good when it’s hot.