Asparagus ripens in April-June, when the rest of the vegetables are still on the beds — perhaps this is the secret of its popularity. Asparagus stalks are white, purple and green, but these are not different plant varieties. 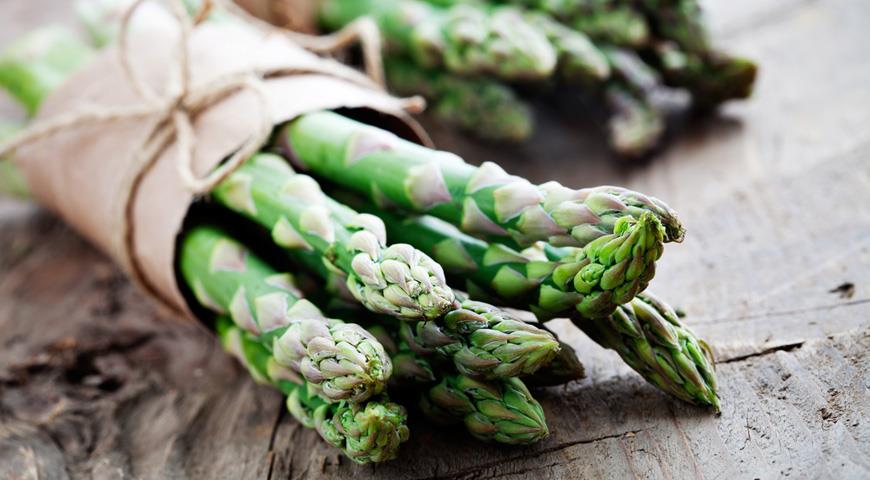 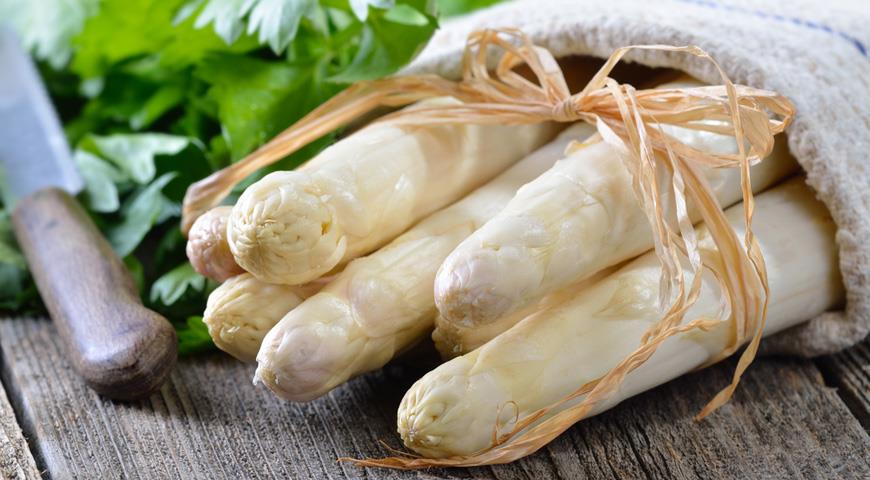 Asparagus ripens in April-June, when the rest of the vegetables are still on the beds, perhaps this is the secret of its popularity.

Asparagus is especially loved in Western Europe: in Italy, France, Spain it is a very revered product.

Asparagus stems are white, purple and green, but these are not different plant varieties: the color changes depending on how it is grown.

Asparagus is an excellent source of vitamins K, A, C, E and group B, folic acid, selenium, copper, manganese, potassium and other essential minerals, as well as dietary fiber.

At the same time, asparagus has few calories.

It is known that even one eaten asparagus shoot literally in 10-15 minutes changes the body odor (or rather, all the secretions).

The fact is that in the asparagus there are several sulfur compounds, which are also present, for example, in onions and garlic.

In the process of cleavage of these compounds in the stomach by-products are released, which have a very peculiar smell.

The substance saponin, available in asparagus, is irritating to the gastric mucosa, so that in case of exacerbations of diseases of the gastrointestinal tract its use should be limited.

It is not recommended to eat asparagus for articular rheumatism, prostatitis, cystitis.

Asparagus stalks are white, purple and green, but these are not different plant varieties. If the sprouts barely visible on the surface of the earth roll up so that they are not exposed to sunlight, they turn out to be pale or completely white (asparagus is grown in Australia, Spain, Germany and Holland).

White asparagus differs from green asparagus more tenderness of taste and softness of the shoots.

Purple asparagus — French: shoots spud not immediately, allowing them to briefly soak up the sun, and they remain ivory and the tops turn purple.

In many European countries, along with cultivated asparagus, wild growing is also known.

She, of course, green.

Asparagus is sold as fresh, and canned.

The latter, of course, never compares with fresh.

The most gentle method of preserving asparagus is quick freezing.

In general, botanists know many types of asparagus (and some of them are quite edible), but that asparagus, which is known to culinary specialists, is asparagus or ordinary (Asparágus officinális).

Korean Asparagus, soy asparagus or even just asparagus in Russia, Ukraine and Kazakhstan are often called fuju — a product of processing soy milk («foam», which is formed on boiling soy milk).

This product is also known as yubu, and in English-speaking countries — tofu skin.

Before cooking asparagus, it must be cleaned. Green asparagus is peeled from the middle of the stalk and down to the bottom, and white — exclusively under the top.

It is convenient to clean it with a potato peeler.

Cooking asparagus is easy: it, like seafood, it is important not to digest, so as not to lose color.

The easiest and most delicious way to deal with asparagus is to blanch it in boiling salted water for 3-4 minutes.

Asparagus will be juicy and tender, and nothing more is required.

Asparagus is often not blanched, and cooked.

The bottom of the stalks, even well-cleaned, is cooked a little longer than the tender buds-tops, so the asparagus is put into the pan vertically, and the tops simply go up to a couple.

Asparagus can be baked for a few minutes with or without grated hard cheese, but served with sauce. The most famous asparagus sauce is Dutch (a few yolks, some lemon juice, some butter, salt and cayenne pepper).

Any cream and lemon sauce is good, and even homemade butter with spicy herbs, lightly melted on asparagus, makes it a luxury dish.

In any sophisticated dish, asparagus should retain its taste and structure — it should be slightly stewed, soft, but not too much, say, “al dente”. Otherwise, it makes no sense.

Asparagus is combined with almost all existing products: even with Parma ham, even with tuna, even with curry, even with pears and peaches.

It looks very advantageous in salads (for example, with a variety of leafy, red onions and peas with vinaigrette dressing and freshly ground black pepper).

The season of fresh ground asparagus starts in the second half of April and continues to May—June.

In some countries, asparagus is covered with a special film, which allows you to harvest in March.

In Moscow stores there is asparagus all year round, and in general, it does not matter whether it is spring or winter. Because even in April – May, in the very season, we can only timidly hope that this plant, barely collected, was taken on the first flight from France or Italy to the Moscow store.

Rarely we have the opportunity to go with a basket to the market and buy white, green, purple asparagus — and just picked.

Asparagus is a perennial plant; the harvest of the stems is harvested from the third year, and then annually.

Asparagus stalks should be smooth, delicate, resilient, with a light shiny shimmer. They should creak like freshly washed glass if you rub the shoots against each other.

Shoots must be solid, with closed heads.

It is best to store asparagus in the refrigerator in the lower vegetable compartment, but even there you can keep it only a couple of days.

So it is recommended to cook it as quickly as possible.

For long-term storage of asparagus, you can try to freeze: shoots should be washed and cut, then pour them with boiling water for three minutes, then immersed in cold water for five minutes.

Then the water is drained, the shoots are packed in bags and placed in the freezer. 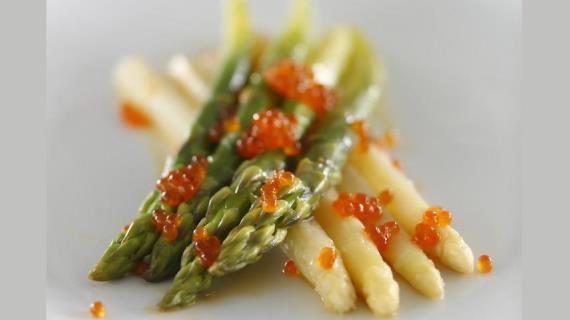 Asparagus ripens in April-May — it is one of the earliest vegetables. Perhaps this lies. 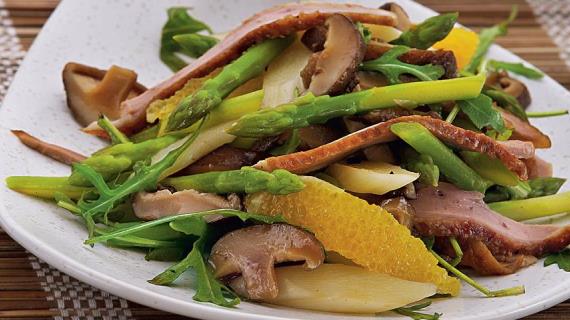 Asparagus is great for salads — both vegetable and meat or fish. It can be safely. 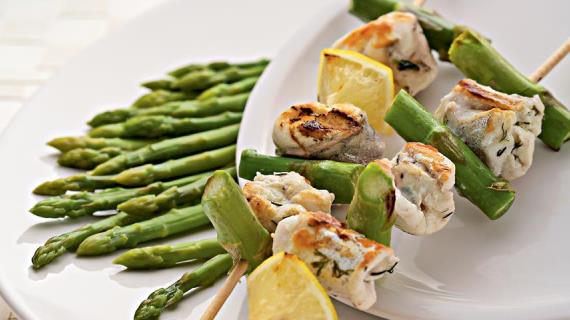 The easiest and tasty way to cook asparagus is to blanch it in boiling water. 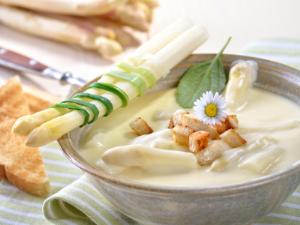 Many for some reason believe that asparagus is a product of high society, like truffles or Roquefort cheese. .